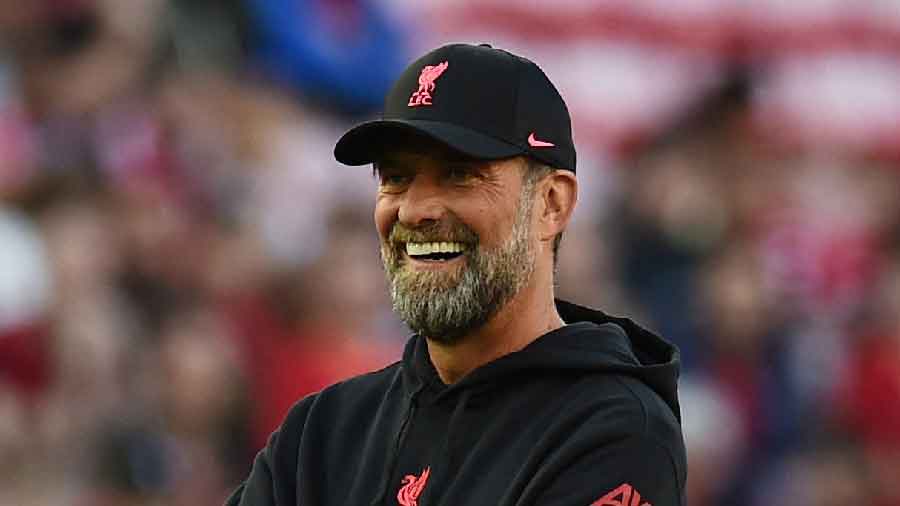 Liverpool manager Juergen Klopp believes struggling Manchester United will have extra motivation when the teams meet on Monday and said he would have preferred to play their bottom-placed opponents following victories rather than defeats.

United fell to a 4-0 loss to Brentford last weekend after being beaten 2-1 by Brighton and Hove Albion in their first game of the campaign to sit at the foot of the standings.

Manager Erik ten Hag faces a daunting task to get his side firing against a Liverpool team that thrashed United 5-0 and 4-0 last season but Klopp reminded fans that his side have not made a great start to their campaign, too.

”Of course, I would prefer to play them after they win 5-0 but it isn't dreamland, that's how it is. We drew twice too, so is it better to play us? I don't know,” Klopp told reporters on Friday. ”We have to deal with all the situations. The whole world will watch it, let's see how these heavyweights deal with the situation.” Klopp's side have pumped in 13 goals in their last three league meetings with United but the German said they cannot dwell on those results heading into the contest.

”United can change nothing or everything, so it's tricky preparation-wise, but it's early and we don't have a lot of info. It's tough... United away will never be easy.” Klopp said defender Joe Gomez will start after coming off the bench in their 1-1 draw with Crystal Palace while forward Roberto Firmino is also available after shaking off a minor muscle issue.