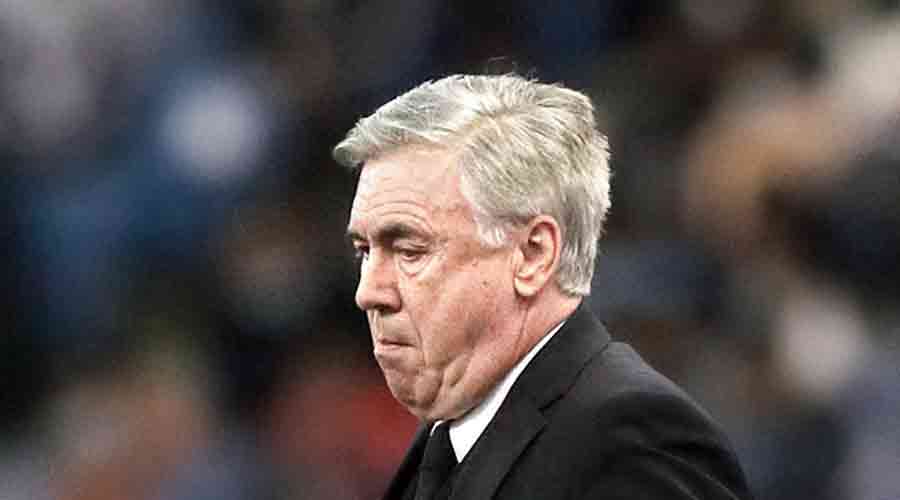 One is a chest-beating, arm-waving, emotionally fuelled leader whose team's high-energy style is in his own image. The other is unruffled, unflappable, so nonchalant he almost appears uncaring, transmitting calm all around him with his seen-it-all-done-it-all approach.

In some ways, Jurgen Klopp and Carlo Ancelotti are polar opposites as soccer coaches. What unites them is an ability to use their own inimitable style to win the game's biggest trophies.

It's yet another reason why Saturday's Champions League final between Klopp's Liverpool and Ancelotti's Real Madrid is so intriguing. Put simply, neither club would want to be led into club soccer's biggest match by anyone else.

Klopp seemingly was made to be Liverpool's manager. He's the modern-day Bill Shankly, the club's legendary coach and man of the people from the 1960s and early '70s who set the Reds on the road to becoming a giant of Europe.

Liverpool loves Klopp and Klopp loves Liverpool, so much so he recently signed a new contract keeping him at Anfield until 2026, which would take him beyond a decade at the club. No manager has been at Liverpool that long since Shankly.

Klopp is no "Normal One" the tag he gave himself at his presentation as Liverpool manager in October 2015 in reference to Jose Mourinho's self-styled "Special One" description.

He won the Champions League in 2019, the English Premier League in 2020 to end Liverpool's 30-year wait for the trophy that used to belong at Anfield, and has just spearheaded what might go down as the greatest season in its history.

League Cup winner, FA Cup winner, Premier League runner-up by a point after losing just two games, and potentially Champions League winner. No previous English team has ever got so close to the quadruple.

Klopp's look has changed he no longer wears glasses after eye surgery in the summer of 2021 and he had his teeth whitened in late 2017 but his heart-on-the-sleeve passion and fierce determination remains from his early days in management.

Fans of Mainz and Borussia Dortmund, the teams he coached in Germany, can vouch for that.

After every win, Klopp strolls on to the field, heads toward Liverpool's supporters, and delivers a now-trademark barrage of fist pumps that's met with guttural roars from the stands in response.

It's something Ancelotti would never do.

Nothing quite sums up the 62-year-old Italian more than his reaction to a match-clinching goal scored in extra time when Everton, the team from the blue half of Merseyside which Ancelotti was managing last season, beat Tottenham 5-4 in the FA Cup in February 2021.

While Everton's fans, players and coaching staff lost their minds inside a rocking Goodison Park, Ancelotti simply blew on his cup of tea and turned round to return to his seat in the dugout.

Football is the most important of the less important things in the world, Ancelotti once said, and he sure gives off the carefree aura of someone determined not to be weighed down by the pressure of high-end soccer management.

He is that elite his previous clubs include Juventus, AC Milan, Chelsea, Bayern Munich and Paris Saint-Germain, as well as a first stint at Madrid that he could become the first manager to win the European Cup four times, after 2003, '07 (both Milan) and '14 (Madrid).

He is on three with Bob Paisley (all with Liverpool) and Zinedine Zidane (all with Madrid).

Ancelotti has re-established his reputation as one of the world's top coaches this season, becoming the first to win titles in Europe's five major leagues while also guiding Madrid past a trio of heavyweights in PSG, Chelsea and then Manchester City in the Champions League knockout stages to reach the final.

All done, it seems, with a shrug and a whole lot of vibes. He has mastered the art of creating the perfect environment for superstars to shine, without ever being dogmatic about any soccer principles or a certain style of play.

Ancelotti just goes with the flow, adapts to the circumstances. Cristiano Ronaldo said of the Italian when both were at Madrid: From the first time I met him, he made me feel very comfortable.

Klopp, in his own way, is the same. He has become more of a strategist over the last few years, curbing his notorious heavy metal football by adding an element of control to Liverpool's play.

Deep down, both Klopp and Ancelotti are compassionate, people people, and just absolute winners.

And that's why they are in the Champions League final once again, Ancelotti for a record fifth time and Klopp for the fourth time in nine years.