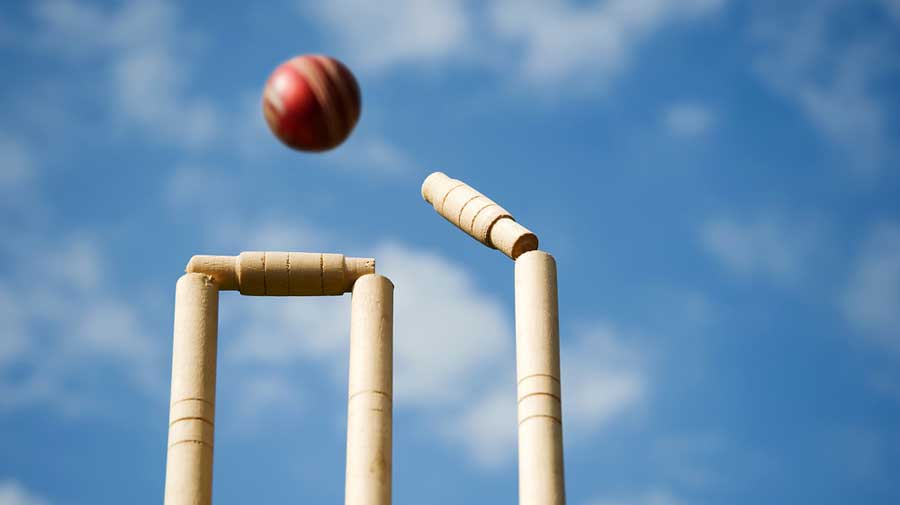 Sources told The Telegraph that both Chakravarthy and Tewatia recorded a score well below the fitness benchmark for the India players — a score of 17:1 in the Yo-yo test or covering 2km in 8.3 minutes.
Shutterstock
Indranil Majumdar   |   Calcutta   |   Published 03.03.21, 03:00 AM

Varun Chakravarthy and Rahul Tewatia’s participation in the T20I series against England is uncertain after both cricketers failed to clear the fitness test at the National Cricket Academy in Bangalore recently.

The five-match T20I series will be held in Ahmedabad from March 12. All the players are supposed to report there this week.

Sources told The Telegraph that both Chakravarthy and Tewatia recorded a score well below the fitness benchmark for the India players — a score of 17:1 in the Yo-yo test or covering 2km in 8.3 minutes.

The NCA has informed the Indian team management and the BCCI about the players’ performances in the fitness test. A call on their availability will have to be taken by the national selectors and the team management.

A total of around 30 cricketers took the test at the NCA, including Shikhar Dhawan, Yuzvendra Chahal, Sanju Samson, Suryakumar Yadav, Ishan Kishan and T. Natarajan.

The BCCI has made it mandatory for the players to clear one of the two fitness parameters to be considered for selection — the Yo-yo test or the time trial.

Should they get a chance, both Chakravarthy and Tewatia will be making their debut at the international level.

While Chakravarthy couldn’t be reached for a comment, a livid Tewatia said he hasn’t been formally informed by the BCCI about it before disconnecting the call. “I don’t wish to speak to you,” he retorted.

A source, however, maintained it was not a concern if a player failed to clear it in the first attempt. “It has been introduced to push fitness standards and maintain endurance. He will get more than one chance,” he said.

Chakravarthy had a fairly successful IPL with the Kolkata Knight Riders last season. The 29-year-old mystery spinner was their most successful bowler picking up 17 wickets in 13 matches at an economy of 6.84. He trained with the KKR team in Mumbai after spending time at the NCA as part of his rehab from a shoulder injury he suffered during the IPL.

For the record, Chakravarthy hasn’t played any competitive cricket since the IPL.

Tewatia, who made 255 runs in 14 matches for Rajasthan Royals in the UAE, played two matches for Haryana in the Vijay Hazare Trophy. A 73 off 39 balls against Chandigarh was his best.