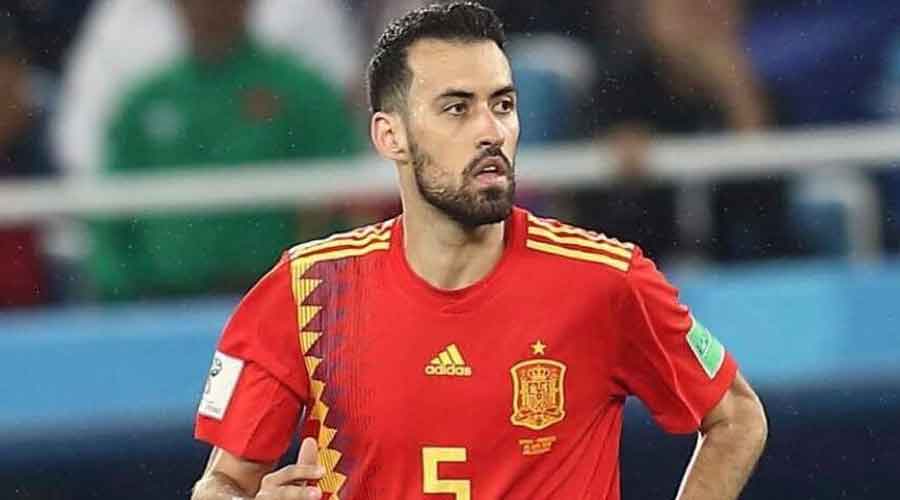 Spain may summon their most experienced player for their most important match at the European Championship. Sergio Busquets is set to return for the game against Slovakia on Wednesday, when Spain face the possibility of an embarrassing elimination in front of their fans if they don’t win.

A draw may be enough, but only if Poland do not defeat Sweden in the other Group E match.

The 32-year-old Busquets, the only player left from Spain’s World Cup-winning squad of 2010, didn’t play in the first two matches after testing positive for the coronavirus.

“We missed him,” Spain defender Cesar Azpilicueta said. “We tried to make up for his absence, but Sergio is a key player for this team and we are happy that he is back.”

Coach Luis Enrique hasn’t confirmed Busquets as a starter, but he had said the player was ready to play from the moment he rejoined the squad.

“Sergio is a very important player because of his experience on and off the field,” Azpilicueta said. “He is an incredible captain who helps the entire team. We all know how dominant he is in the midfield.”

Poland need to find a way past the tough Sweden defence if Robert Lewandowski has to avoid another early exit from a major international soccer tournament.

The two teams meet on Wednesday and beating Sweden is Poland’s only route to the knockout stage. For the record, no team has managed to beat Sweden in seven games in 2021.