A 'delighted' Morgan was effusive in his praise for bowlers Sunil Narine, Lockie Ferguson and Tim Southee 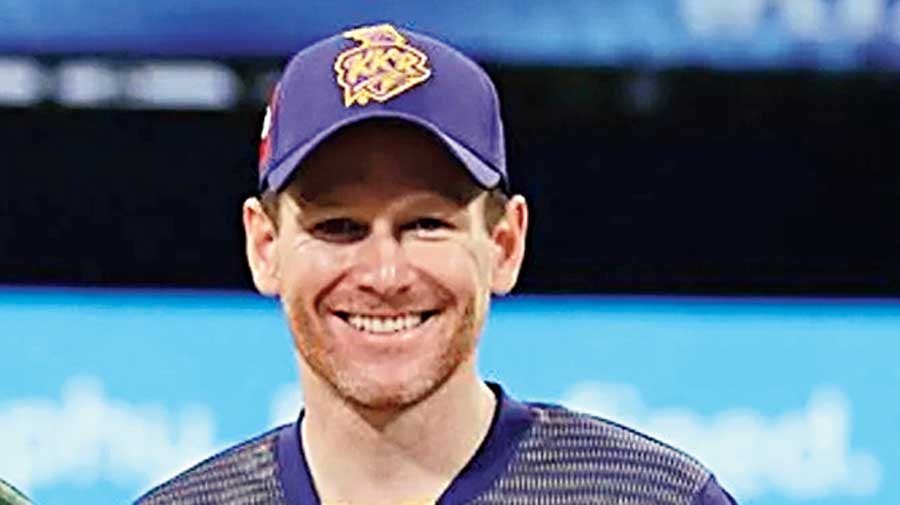 Eoin Morgan doesn’t mind the battle wounds as long as his team emerges victorious on the field. That is how the Kolkata Knight Riders captain expressed his emotions after a hard-fought three-wicket victory over Delhi Capitals in Sharjah on Tuesday.

A “delighted” Morgan was effusive in his praise for bowlers Sunil Narine, Lockie Ferguson and Tim Southee.

“Playing two day games in three days is tough, and we’ve come off with a few war wounds and injuries. Winning the toss and fielding wasn’t the easiest thing to do, but if you make it work, then it’s worthwhile,” Morgan said at the post-match presentation.

“The difference in the number of sixes in the game (with KKR hitting seven to Delhi’s none) was another important factor. It’s about knowing when to push the button and when not to. And Sunil was a huge part of that,” he added.

Wicketkeeper-batsman Dinesh Karthik had to play the role of “peacemaker” when Morgan had a brief altercation with Ravichandran Ashwin during the penultimate over of Delhi’s innings.

There was an exchange of words between Morgan and Ashwin after the latter’s dismissal off Southee in the final over of the innings. Rishabh Pant and Ashwin picked up a second run off the last ball of the 19th over despite a throw from Rahul Tripathi ricocheting off the Delhi captain. It didn’t go down well with Morgan.

“Rahul Tripathi threw the ball, which hit Pant and ricocheted off him, and then Ashwin started to run (for the second). I don’t think Morgan appreciates that as he expects batsmen not to run in such a case because of the spirit of cricket. It’s a very grey area and an interesting topic.

“I have my own opinion on it, but I’m happy to play peacemaker and the thing has come to a good standstill now.” Karthik said.