England holds out against New Zealand to draw 1st test 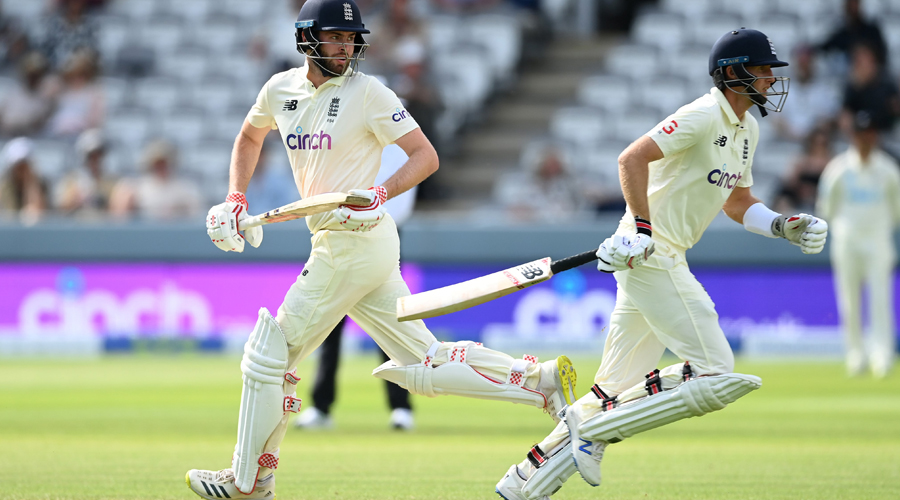 Dom Sibley (60 not out) and captain Joe Root (40) calmed England nerves and helped them force a draw in the first Test versus New Zealand at Lord’s.

Set a target of 273 after New Zealand declared their second innings at 169/6 at lunch on the final day, England looked in bit of a discomfort when they lost wickets for 56 at the end of the second session.

However, Sibley and Root were steady and defensively solid during the final session of the Test. New Zealand quicks were relentless in terms of the line and length they bowled, but Mitchell Santner couldn’t create enough pressure even on that last day pitch, which to an extent did make matters easier for Sibley and Root.

Root fell 10 short of what would have been an important half-century, but he had done well enough to stitch an 80-run stand with Sibley that had practically saved the game for England as they reached 170/3 before both teams decided to end the game.

The washout on Day III somewhat affected New Zealand’s chances of winning the Test, skipper Kane Williamson hinted. “We had a little bit of work to do in the morning before we were where we wanted to be, and the guys responded to give us the runs we needed with the time remaining.”