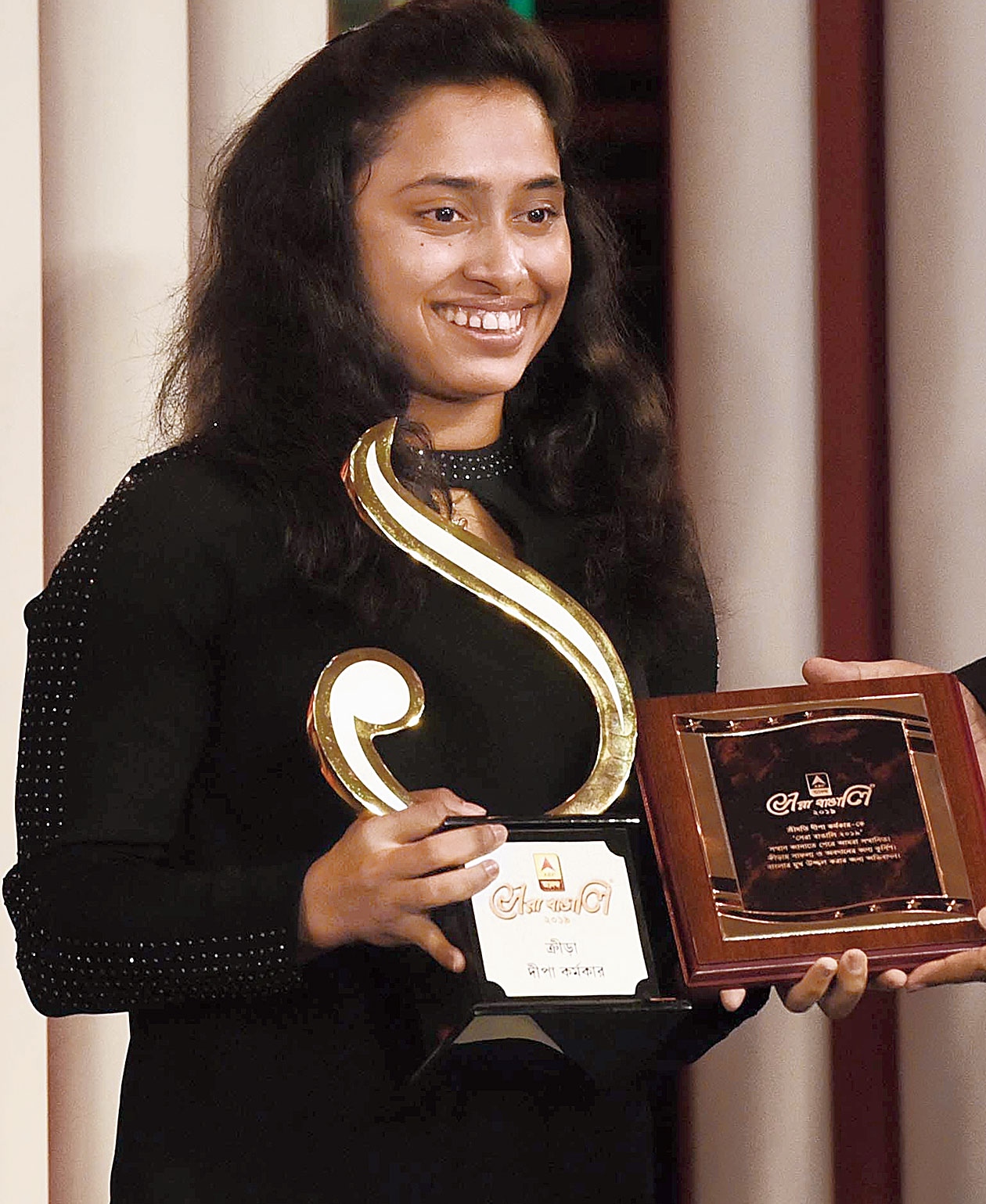 Gymnast Dipa Karmakar will not be seen in action this year. She and her coach Bisweswar Nandi are now banking on ‘four’ qualifying events in 2020 to earn a ticket to Tokyo Olympics.

“She is better now but not yet fully fit to make a comeback. It will take more time. We will take the final call after getting the green light from Dr Anant Joshi,” Dipa’s coach said on the sidelines of ABP Ananda Sera Bangali 2019 in partnership with The Telegraph on Saturday. Dipa won the Sera Bangali (sports) award.

“I am feeling much better… The pain on my right knee has ebbed. But there is no hurry. I will take my time,” Dipa said. “First I have to be fully fit. I know people have a lot of expectations. Dipa won’t go to Tokyo as a tourist,” Dipa, who finished fourth in the vault event at Rio Olympics, added.

And what about her famous Produnova vault? “Dipa’s right leg is still weak. Her knee will not be able to take the strain of a Produnova landing. But Dipa is not doing away with Produnova. That’s her USP,” Nandi said.