Advertisement
Home / Sports / Dare the air: Game must go on

Dare the air: Game must go on 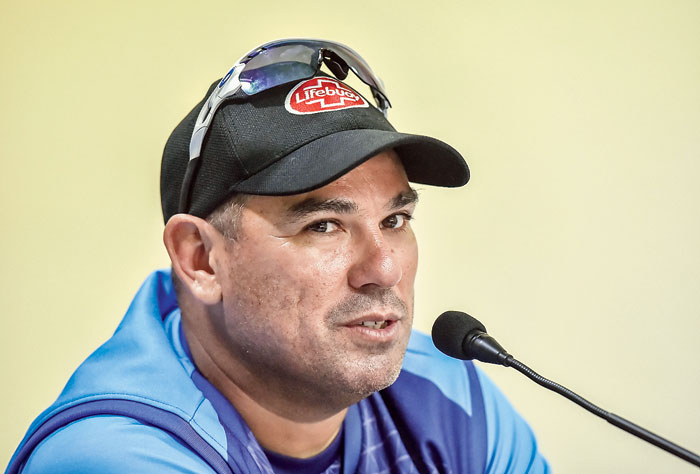 The Bangladesh and Indian teams put up a brave face, even if some hid them behind masks, as they trained under a blanket of haze that thickened over Delhi ahead of Sunday’s T20I at the Feroz Shah Kotla grounds, amid concerns about the health of players and spectators.

The Air Quality Index, a measure of pollution that combines multiple pollutants, climbed to over 500 at several sites across the National Capital Region (NCR), values which pose a risk for people with respiratory illnesses and can affect even those with healthy lungs.

In the past too, post-Diwali air quality has posed severe health hazards for Delhi’s residents. Therefore, it is baffling why the Board of Control for Cricket in India (BCCI), which drew up the schedule for the series as early as in June this year, picked Delhi to host India’s first post-Diwali international match barely a week after the festival.

BCCI president Sourav Ganguly made it clear on Thursday that the match will not be cancelled at the last minute, but promised practical scheduling in future.

The cricketers have decided to shrug off the pollution threat and get on with the game. The poor air quality has left several Bangladesh players with sore throats and itchy eyes but coach Russell Domingo said they were focused on giving a good account of themselves on Sunday.

Domingo admitted that the prevailing smoggy conditions were not perfect, but said “no one is dying” as pollution is an issue in Bangladesh as well.

“Not obviously perfect with the smog but it’s the same for both the teams,” the South African said.

“It’s not perfect, it’s not ideal, but it’s nothing we’re going to complain about and moan over. We just got to get on with it... For sure we have some scratchy eyes, maybe a little sore throats now and then, but it’s been okay. Nobody is being sick or dying or anything like that.”

Delhi’s notorious smog caused Sri Lankan bowler Suranga Lakmal to vomit on the field during a 2017 Test match at the Kotla and prompted questions about scheduling matches in northern India during winter.

Domingo referred to Bangladesh’s own struggle with air pollution and said the team was not taking any special precaution.

“We know Sri Lanka struggled a bit last time. There’s bit of pollution in Bangladesh as well. So it’s not a massive shock to the system,” Domingo said.

India’s batting coach Vikram Rathour too played down the threat. “You’re asking the wrong person I think,” said the former player from Punjab.

“I’ve played all my life in north India. We’re used to these conditions. We are not taking any special measure. The game has been scheduled and we’re here to play.”

A senior pulmonologist said cricketers, or other sportspersons, called on to play in conditions of severe air pollution could experience impaired performance.

High concentrations of pollutants could produce acute effects such as burning of eyes, cough or respiratory distress, she said.