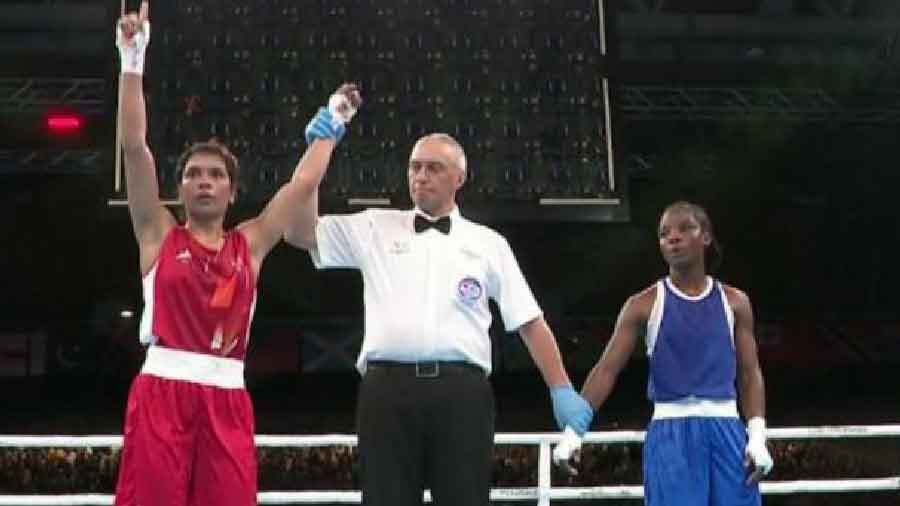 World champion Nikhat Zareen knocked out Helena Ismael Bagao of Mozambique to storm into the quarterfinals of women's 50kg lightweight category at the Commonwealth Games here on Sunday.

Zareen was no match for her young opponent as she dominated the bout from start to finish.The Indian used her rich experience to unsettle Bagao from the onset. She came out attacking and used her combinations of left and right punches to overpower her opponent.

Zareen landed clean punches on the face of her opponent in the final round to completely shock her, forcing the referee to call off the tie with 48 seconds remaining.

Zareen will next face reigning Commonwealth Games bronze medallist Troy Garton of New Zealand in the quarterfinals, where a win will secure her podium finish.