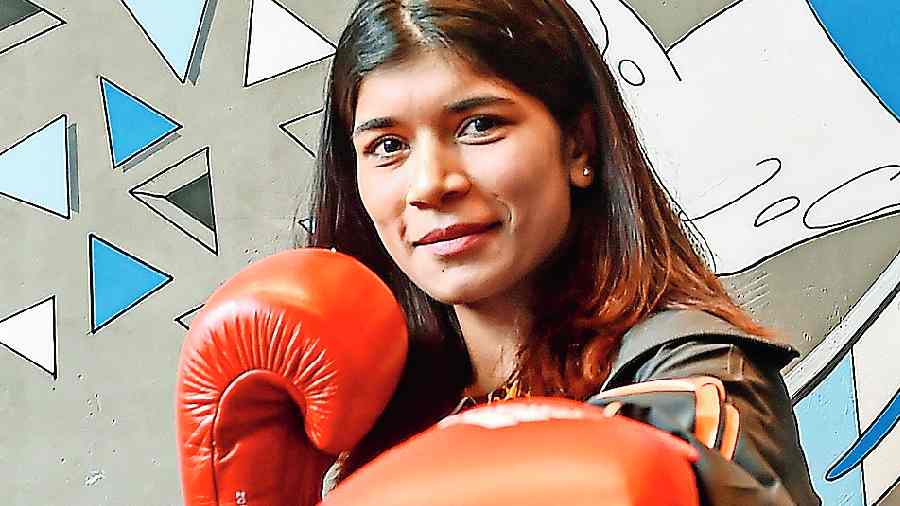 World boxing champion Nikhat Zareen is hungry to win more medals for the country and expects a record haul of four gold medals from the Indian boxing contingent at the Birmingham Commonwealth Games (CWG) starting on July 28.

Indian pugilists’ best CWG show has been at the 2018 edition at Gold Coast where six-time world champion Mary Kom became the first woman boxer from the country to emerge champion, as they returned with a record haul of three gold, three silver and three bronze medals.

At Birmingham, Zareen hopes for “at least eight medals” from the 12-member Indian boxing team.

“I expect at least eight medals, of which I will take four gold from the boxers. Let’s see what happens,” the 26-year-old, who won the 52kg flyweight gold at the World Championships in Turkey in May, said in a virtual media interaction arranged by the Sports Authority of India.

“We’re all experienced boxers. We have World Championship medallists and Olympians. I hope every one gets gold! I still have the same hunger to win a medal for the country, I’m still hungry.

“Of course, it’s difficult to predict a medal before the draw is out, as sometimes you’re handed a tough draw.”

In Birmingham, India will have a boxing contingent comprising of eight men and four women.

Zareen will make her CWG debut in a new weight division after being forced to switch to 50kg following the announcement of new weight categories for the Paris Olympics.