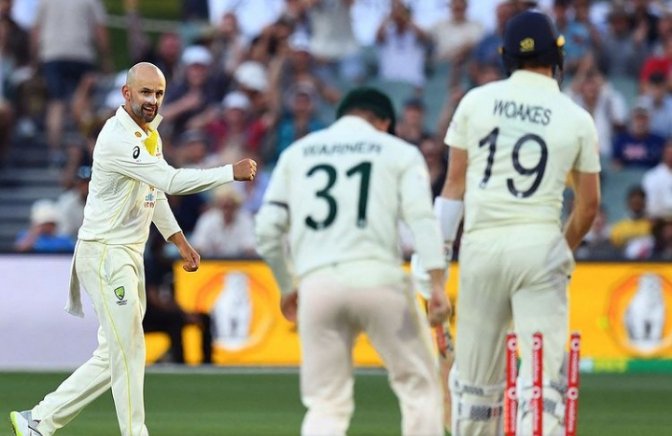 Australia will press for an Ashes series whitewash against England to boost their chances of making the final of the 2021-23 World Test Championship (WTC), spin spearhead Nathan Lyon said on Sunday.

The home side have already claimed an unassailable 3-0 lead in the five-Test series and the importance of maintaining their winning run was not lost on Lyon.

“I’ve never ever considered (a match) dead-rubber when you wear the Baggy Green and go out and represent Australia in a Test match,” off-spinner Lyon said ahead of the fourth Test due to begin at the Sydney Cricket Ground on Wednesday.

“So there are no dead-rubbers. Firstly because it’s (the) Test Championship, but another one, we want to go five-nil up.

“Obviously Ashes for me is the pinnacle, but I’d love to be part of the Test Championship final, whether that’s at Lord’s or wherever it may be in the world... A lot of work to do to get there.”

Australia could not make the inaugural WTC final last year, when New Zealand beat India to win the crown, but lead the standings after their red-hot Ashes form.

Lyon was aware that “world class” England would be desperate to salvage some pride in the last two Tests after being thoroughly outplayed in the series so far.

While Joe Root’s future as England’s Test captain looks in doubt, the 31-year-old is currently the leading scorer in the series though his quest for his first century in Australia continues.

“He has not scored a century but he’s got off to some decent starts and he’s made some decent scores,” Lyon said. “Our job is to try and restrict and try and remove each and every batter that comes out there... and I think we’ve been doing a really good job in that at the moment.

“I don’t want to rest on our heels or anything like that. We want to get better... and try and put Joe under a lot more pressure when he first comes to the crease so he doesn’t get a start.

“But at the end of the day, he’s a world class player.”

While batsman Travis Head will miss the Sydney Test after testing positive, all other squad members, staff and families have returned negative results in the most recent round of testing, Cricket Australia said.

Mitchell Marsh and Josh Inglis, who were called up as cover, were to join the squad shortly, along with opener Marcus Harris. Nic Maddinson will remain in Melbourne as a standby player, the CA added.