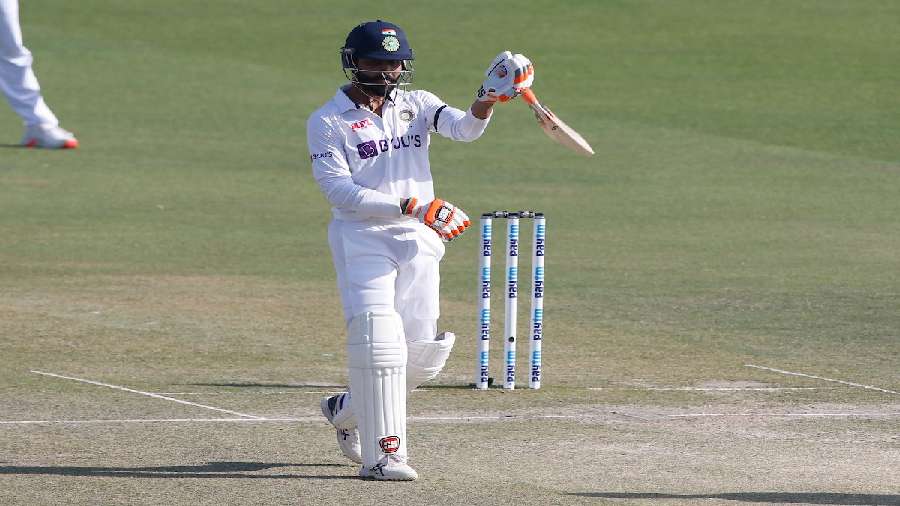 Ravindra Jadeja climbed to the top spot in the ICC Test rankings for all-rounders on Wednesday following his match-winning performance for India versus Sri Lanka in the first Test in Mohali.

The ace all-rounder first hit an unbeaten 175, which turned out to be the highest by an Indian batting at No.7 or below. He followed that up with a five-wicket haul with his left-arm spin in the first innings. After India enforced the follow-on, he struck four times to finish with nine wickets in the match as India won the Test by an innings and 222 runs.

“Ravindra Jadeja’s performance in India’s recent Test win against Sri Lanka in Mohali has catapulted him to the No.1 position in the ICC men’s Test player rankings,” the ICC said in a statement.

Jadeja’s 175 not out also lifted him 17 places, from 54th to 37th, in the batsmen’s rankings while his nine wickets in the Test helped him to 17th in the rankings for bowlers. His all-round contribution was good enough for him to regain the top all-rounder’s spot from former West Indies captain Jason Holder, who had held the position since February 2021.

Jadeja’s only previous time on top was in August 2017, when he spent a week at the summit. For the last two-and-a-half years, he has certainly been the most consistent among all-rounders in the longest format of the game.

On the same list, Ravichandran Ashwin has dropped a rung to third while Axar Patel was the next best Indian at 14th, after going down two positions. Axar did not play the Mohali Test due to injury, though he is back in the squad for the final Test in Bangalore beginning on Saturday.

Among India’s batsmen, Virat Kohli rose two spots to fifth, followed by captain Rohit Sharma who remains at sixth. Rishabh Pant, who impressed with an explosive 96-run knock in Mohali, entered the top 10 after gaining one spot.

Australia’s Marnus Labuschagne occupied the top spot among batters. In the bowlers’ chart, Ashwin remains at second and so does Jasprit Bumrah at 10th. Pat Cummins leads the pack.