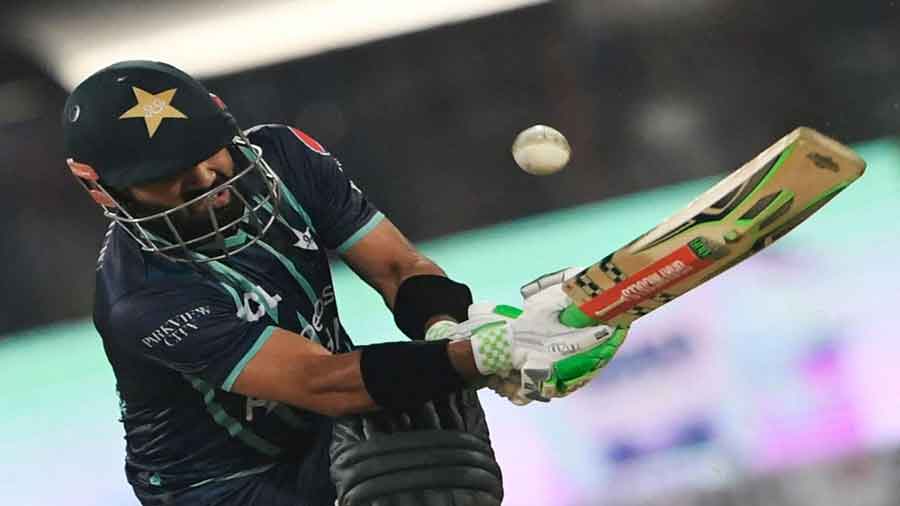 Moeen Ali’s 51 not out off 37 balls wasn’t enough as Pakistan held their nerves in the closing stages to win by six runs and go 3-2 up in the seven-match T20I series in Lahore on Wednesday.

England needed 15 off the final over and Moeen hit a six off Aamer Jamel’s third ball to make it eight from three balls.

But the medium pacer kept his cool to deny the visitors a victory. Chasing 146, England were off to a shaky start losing wickets at regular intervals. Dawid Malan played a calculative knock of 36 off 35 balls to provide the early momentum.

But it was Moeen who tore the home bowling apart once he arrived at the crease.

Earlier, Mohammad Rizwanput up some resistance with 63 off 46 balls as Pakistan, after being put into bat, were bundled out for 145. None of the other home batters showed the ability to stay put as the England pacers made most of the bounce and carry on the wicket.

Mark Wood (3/20) was the pick of the bowlers. David Willey and Sam Curran took two wickets each. Naseem Shah, according to a PCB statement, has been diagnosed with pneumonia, and is currently in hospital receiving treatment.