Rohit vs Dhoni to get league rolling

The IPL governing council finally announced the schedule on Sunday afternoon, after days of dithering and almost two weeks ahead of scheduled start 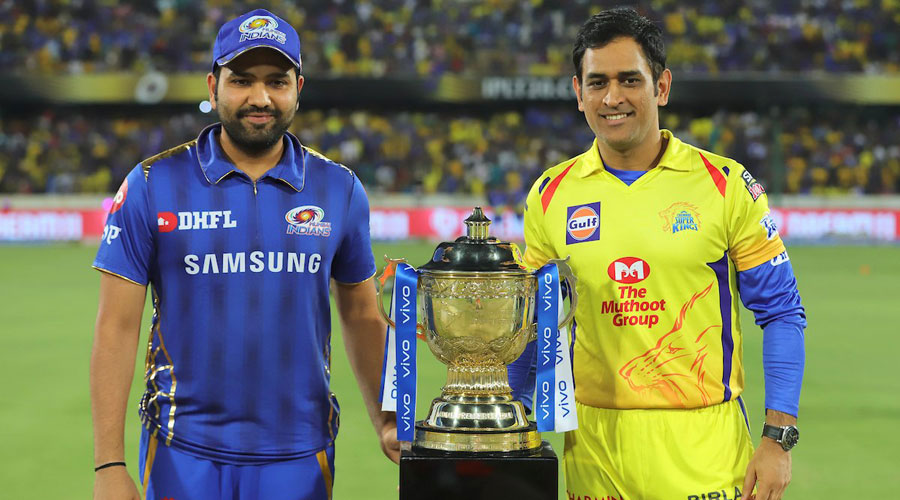 The blockbuster opener featuring Mahendra Singh Dhoni and Rohit Sharma’s teams is sure to provide a boost to the tournament.
Picture: Twitter/@IPL
Our Bureau   |   Calcutta   |   Published 07.09.20, 03:39 AM

Mumbai Indians will begin their title defence against last year’s runners-up Chennai Super Kings in the opening match of the 13th edition of the Indian Premier League in Abu Dhabi on September 19.

The IPL governing council finally announced the schedule on Sunday afternoon, after days of dithering, almost two weeks ahead of the scheduled start. That the governing council would retain the traditional IPL opener featuring two teams from last year’s final was reported by The Telegraph on Friday.

The schedule includes only the matches for the round-robin phase of the tournament. The evening games will begin at 7.30pm (IST) and include 10 double-headers with the afternoon ties starting at 3.30pm (IST). The double-headers have been slotted from next month when the temperatures are expected to come down in the region.

The blockbuster opener featuring Mahendra Singh Dhoni and Rohit Sharma’s teams is sure to provide a boost to the tournament. No team has defeated CSK as many times as Mumbai Indians, who have a 17-11 record against them, including a last-ball one-run win in last season’s final.

Mumbai Indians and Kolkata Knight Riders, who have set up base in Abu Dhabi, will each play eight of their games there. Sunrisers Hyderabad will play eight in Dubai, while Chennai Super Kings, Kings XI Punjab, Delhi Capitals and Royal Challengers Bangalore will play seven each in Dubai. Rajasthan Royals’ matches have been spread out — they play six in Dubai, five in Abu Dhabi and three in Sharjah.

The schedule was expected last month itself but was delayed after 13 members of the CSK contingent tested positive after landing in Dubai.

There were also issues related to the strict quarantine rules in Abu Dhabi. The rules have since been revised.

“Starting Saturday, September 5th, residents and visitors can enter the emirate of Abu Dhabi within 48 hours of receiving a negative PCR or DPI test result. DPI test results no longer require a prior PCR test,” states the latest advisory from the Abu Dhabi Emergency, Crisis and Disasters Committee.

Rajasthan Royals and KKR will be among the last to launch their campaigns. While the Royals begin on September 22 against CSK, Dinesh Karthik’s men will open versus Mumbai Indians the following day in Abu Dhabi.

The delay could be attributed to the late arrival of some of their key players from the limited-overs series between hosts England and Australia, which ends on September 16.

Steven Smith, Jos Buttler, Jofra Archer and Tom Curran are part of the Royals’ squad while KKR have Eoin Morgan, Pat Cummins and Tom Banton. It’s still not clear whether these players have to follow quarantine protocols upon arrival in the UAE.

The IPL put in a disclaimer, saying the schedule is “subject to change”, a nod to the grim realities of the uncertainties during a pandemic.