Advertisement
Home / Sports / Cricket / I have been trying everything to be a part of Indian team: Dinesh Karthik

I have been trying everything to be a part of Indian team: Dinesh Karthik

Karthik, 36, who began his journey in international cricket way back in 2004, has not put a foot wrong in ongoing IPL 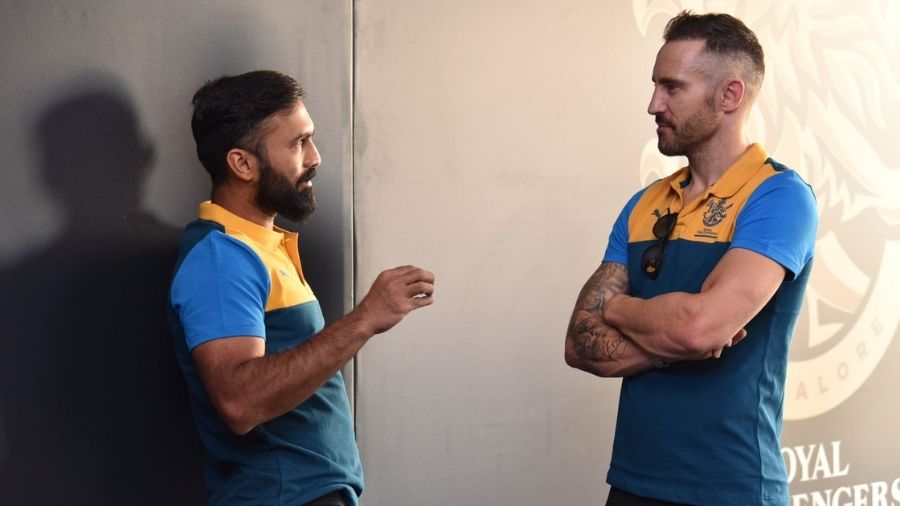 In the form of his life, seasoned wicketkeeper-batter Dinesh Karthik on Saturday said that he has been "trying everything" to stage a comeback into the Indian team.

Karthik, 36, who began his journey in international cricket way back in 2004, has not put a foot wrong in the ongoing IPL-15, playing some of the finest knocks for his franchise Royal Challengers Bangalore, who spent on Rs 5.5 crore on him in the auction.

He stretched his excellent run of form with a blistering 34-ball 66, paving the way for RCB's 16-run win over Delhi Capitals.

"I must admit that I have a bigger goal. I have been working really hard. My aim is to do something special for the country. This is part of my journey. I have been trying everything to be a part of the Indian team," Player of the Match Karthik said at the presentation ceremony.

With his exceptional batting, Karthik has filled the void created by the departure of the great AB de Villiers in the RCB set up.

"Feels good to know that people associate calmness with me. Positions and calmness comes from preparation. Shahbaz (with who he has added 74 runs) is a special player, he will do special things as a player. He is up for a challenge. He can hit the ball a long way," Karthik said. Karthik has brightened his chances of being picked for the upcoming T20 World Cup in Australia.

RCB skipper Faf du Plessis was full of praise for Karthik. "To get 190 you needed a special innings, and credit goes to the two boys Shahbaz and DK. We felt like we haven't been as good as we would've liked at death bowling, so today we had a special plan.

"It was pretty wet out there, and the start they had, many teams would fall away. But we stuck around. A good win."

"The way DK is playing at the moment, I may sound like a broken record, but he is playing the best he has ever. He is so clear, calm and composed," du Plessis said.

Karthik was at his destructive best against Mustafizur Rahman, hitting the left-arm pacer for 28 runs in the 18th over, which proved to be decisive in the end.

"That over from Mustafizur was a game-changer for us. I think we could've bowled according to our plans but we were slightly under the pump from DK in the latter half. I've said before too, we've got to learn from our mistakes," DC skipper Rishabh Pant said.