Cummins' IPL stint over, leaves for home to recover from hip injury

KKR's seamer's recuperation is expected to take a fortnight 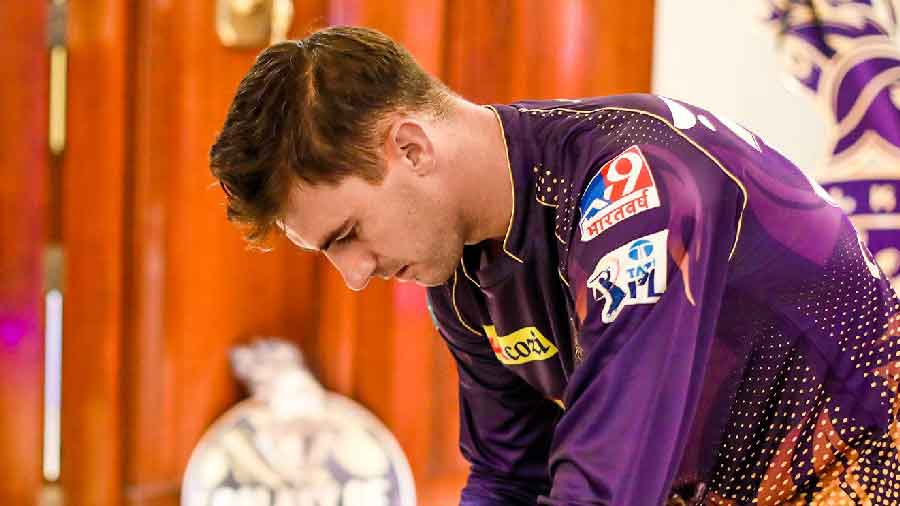 Kolkata Knight Riders pace spearhead Pat Cummins will not take part in the remainder of the IPL and has left for home to recover from a minor hip injury.

His franchise confirmed the development on Friday, few hours after a report in cricket.com.au said that the Australian Test captain, who was roped in by KKR for Rs 7.25 crore, is returning to Sydney for his rehabilitation ahead of the national team's tour of Sri Lanka next month.

"Pat Cummins has been ruled out of the remainder of the TATA Indian Premier League with a mild hip injury and has returned to Australia for two weeks of rest and rehabilitation," stated the official release.

Cummins' recovery is expected to take a fortnight.

Before leaving for Australia, Cummins said, "I had an amazing time in India, and I would like to thank KKR for taking care of my family and me. I wish all the team members the best of luck for the remainder of the tournament. I will be watching the games and be cheering on."

Following the match against Mumbai Indians on Tuesday, Cummins, who bagged 3-22 from his four overs, underwent an MRI on his right hip.

KKR, who will take on SunRisers Hyderabad in Pune on Saturday, has not asked for any replacement for Cummins.

Besides leading the Australian Test side, Cummins is also a vital member of the ODI and T20 teams.

The Sri Lanka tour will be followed by Australia's T20 World Cup title defence at home, a five-Test home summer, a Test tour of India and an away Ashes campaign.

The Aussies will then return to India for the ODI World Cup in October 2023.

The KKR team management, however, is yet to confirm the development.

Cummins played only five matches in the IPL this year and picked up seven wickets at a strike rate of 17.0.

With the bat, he scored 63 runs, which includes a blazing 14-ball 56 not out against Mumbai Indians -- the joint fastest fifty in the history of the IPL -- last month.

KKR are on the brink of elimination, having logged just 10 points from 12 games.