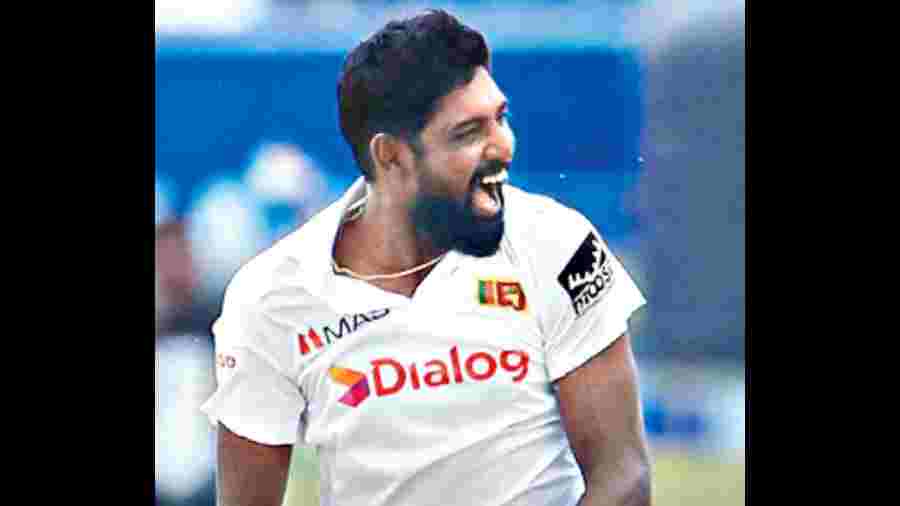 Sri Lanka spinners Prabath Jayasuriya and Ramesh Mendis snared nine wickets between them to help the hosts to a 246-run series-levelling victory against Pakistan on the fifth and final day of the second Test in Galle on Thursday.

It was the fourth five-wicket haul in only his third Test for left-arm spinner Jayasuriya, who picked up 12 wickets against Australia on his debut last month to lead Sri Lanka to another series-levelling win at the same venue. Off-spinner Mendis, who took five wickets in Pakistan’s first innings, provided able support by picking up another four as the visiting side were bundled out for 261 in their second innings during the second session. “I worked hard and I was patient,” said Jayasuriya, who was named Player of the Series for his haul of 17 wickets from two matches.

“It wasn’t an easy pitch to bowl, but we did well to bowl in partnerships and that led to wickets.” Set a record target of 508, Pakistan, who won the opening Test at Galle by four wickets, got off to a false start in their bid to save the match when Imam-ul-Haq fell on 49 to Mendis in the third over of the day after they had resumed on 89/1. But captain Babar Azam, who top-scored for Pakistan with a resolute knock of 81, and Mohammad Rizwan boosted their chances of a draw with a third-wicket stand of 79.

Jayasuriya then turned the match in Sri Lanka’s favour when he cleaned up Rizwan (37), who misjudged a straight delivery and was bowled out, to trigger a collapse. From 176/2, the visitors were reduced to 205/7 after the lunch interval when Babar and Mohammad Nawaz were out in quick succession.  The Lankan spinners then mopped up the Pakistan batting tail.