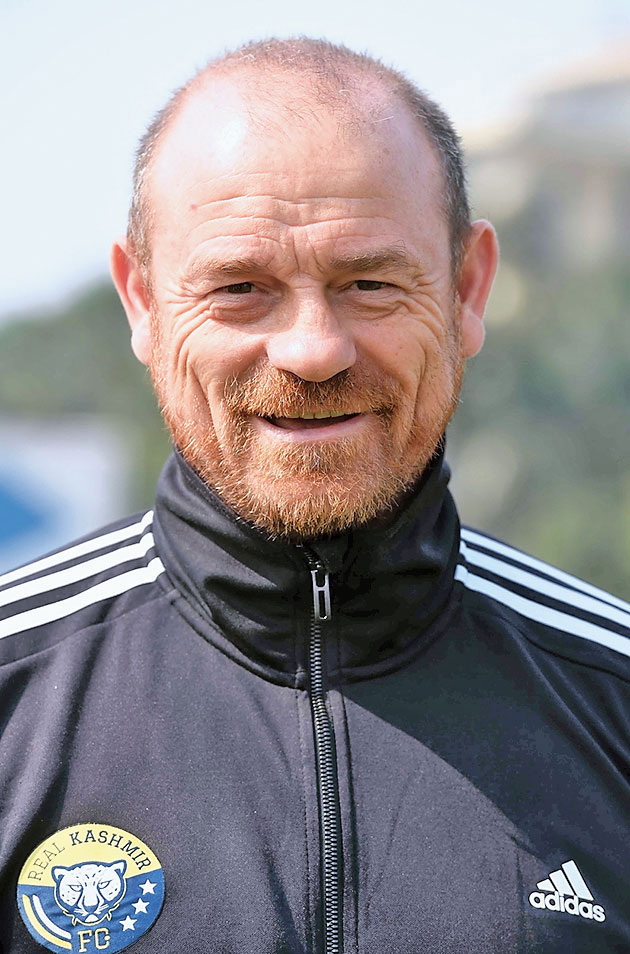 Real Kashmir FC’s Scottish coach David Robertson, his wife Kym, footballer son Mason and three other British nationals may leave for United Kingdom next week if everything goes according to plan.

The six British nationals and four African players — Aaron Katebe (Zambia), Loveday Okechukwu (Nigeria), Bazie Armand and Gnohore Krizo (both Ivory Coast) — are stranded in Srinagar ever since the lockdown was imposed across India on March 25.

Midfielder Kallum Higginbotham and two members of the support staff (James Lindsay and Jonathan Criag) are the other British passport holders.

Amritsar is the nearest airport from Srinagar and according to the travel advisory, flights would leave from Amritsar on Monday (April 13), April 17 and 19.

“The British High Commission had contacted David on Wednesday and then sent an email. If everything falls in place, he and the rest of the British nationals would be leaving next week,” Real Kashmir co-owner Sandeep Chattoo told The Telegraph on Saturday. According to Chattoo, the first task would be to get the transit permit.

“The high commission has said it would be arranging the permits. Let’s see. Now that the lockdown looks set to be extended and here in Kashmir even inter-district travel restrictions have been imposed, I would not be that bullish,” Chattoo added.

The Telegraph had reported on March 30 that Robertson was desperate to fly back to Aberdeen in Scotland to look after his ailing parents, Leslie and Muriel. “They are struggling, to be honest,” Robertson said on Saturday.