An eventful sports event, barring the usual frills and victories has been a strange sort of French Open in a stranger year 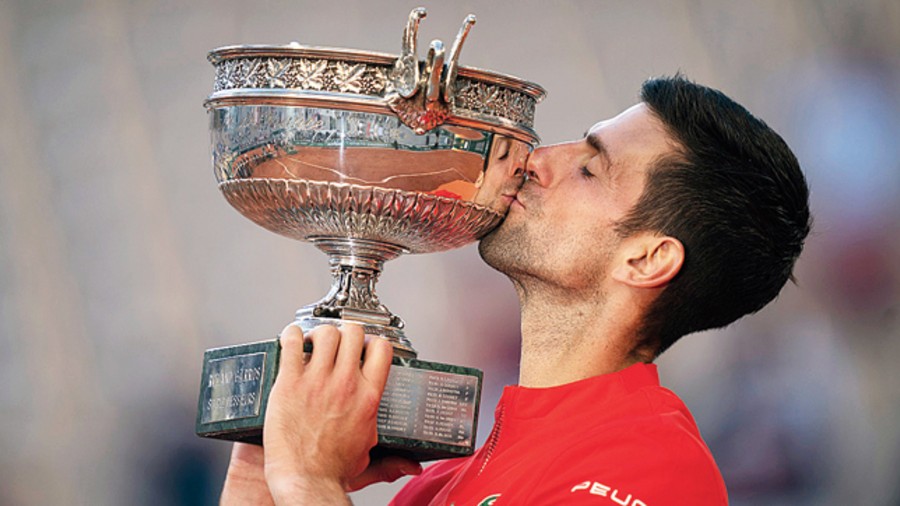 Barring the usual frills and victories, it’s been a strange sort of French Open in a stranger year. Let us begin by addressing the elephant in the room in the form of four-time Grand Slam champion and women’s world No. 2 Naomi Osaka having to withdraw from the tournament — a move that has been mired in contention. When the 23-year-old Osaka put out a statement on her Twitter account before the tournament, saying that she would not attend the otherwise compulsory press conferences citing mental health reasons, and being willing to accept the monetary penalties for doing so, nobody, including her, anticipated its repercussions.

Amidst a storm on social media, Osaka played her first-round match, refused to attend the post-match press conference and promptly got fined a whopping $15,000. With the organisers at Roland Garros allegedly failing to establish a dialogue with her despite “several attempts” being made, Osaka got a terse warning from the authorities of all four Grand Slams that she risked getting defaulted if she continued to fail at her “responsibilities”. Soon after, through a more detailed note that cited her own struggles with mental health this time, she withdrew from the tournament. Ironic enough, French Tennis Federation president Gilles Moretton said that they were “sorry and sad” about Osaka’s withdrawal at a press conference where he refused to take any questions from journalists. While players like Serena Williams, Novak Djokovic and Rafael Nadal came out in support of Osaka, they also acknowledged the importance of doing press conferences, perhaps implying that balance was key with a firm consideration of the mental health of athletes. But while the jury is still out on how the entire debacle was handled by both Osaka and the French Tennis Federation, that wasn’t just the only issue on the sidelines of the brilliant tennis that we also witnessed during the last fortnight in Paris.

As Djokovic created history by winning his 19th Grand Slam as he beat Stefanos Tsitsipas in a thrilling five-setter, unseeded Czech player Barbora Krejcíková won her maiden singles Grand Slam title by beating Anastasia Pavlyuchenkova from Russia in a dramatic three-setter. Both the champions made €1.4million each, which is 12.5 per cent less than last year and 39 per cent less than 2019. But the doubles event saw a reduction of 23.5 per cent from last year, thereby further widening the gap in pay between singles and doubles winners. Expectedly, this did not go down well with many of the doubles players but the tournament responded by saying that they had to do that in order to financially help those who had their earnings affected by the pandemic.

The scheduling of the matches during this year’s tournament also came into conflict due to the 11pm pandemic curfew in Paris (extended from its earlier 9pm curfew), which meant that the night-time matches had to be played without any spectators. French Open, however, had sold the broadcast rights of these night-time matches exclusively to Amazon. This meant that each day’s most high-profile match was held at an empty Philippe Chatrier as a night-time match would often most likely begin after or stretch beyond the curfew. Most players dislike playing with empty stands and Nadal even got into an argument with the chair umpire during his pre-quarterfinal match regarding the switching on of the floodlights for better TV coverage, despite the sun being out and therefore affecting the player’s vision on court.

Most famously, Russian player Daniil Medvedev called out the French Open after his loss to Tsitsipas in the quarterfinals in an empty stadium, as he said — “Our game was the big game of the day and Roland Garros preferred Amazon to the spectators. It’s as simple as that. It is good to have sponsors because that way we players manage to earn money. But this year, we can have more people at Roland Garros, instead we have Amazon and we will still have 15 per cent fewer prizes. And I wonder: Where is the Amazon money?” Luckily, the fans were allowed to stay on beyond the curfew and finish watching the thriller between 13-time French Open champion Nadal and men’s world No. 1 Djokovic battling out in the semi-final at what was the last night-time match at this year’s tournament.

But thankfully, the tennis played at the tournament and the moments of sporting glory emerging from it have redeemed the French Open somewhat. While 32-year-old Spanish player Carla Suarez Navarro marked her return to tennis after her battle with cancer with what became her final appearance at Roland Garros in her farewell tennis tour, 39-year-old Roger Federer also made a return to Paris for the first time since 2019 and his comeback to the Grand Slam circuit, after having to sit out due to two successive knee surgeries since Melbourne in 2020. Navarro lost in the first round and Federer withdrew from the tournament after his third-round victory, citing fitness reasons.

The 20-time Grand Slam champion’s decision to withdraw, however, was met with some criticism but that noise was at a much lower decibel than the criticism that Osaka had to face for doing the same.

The usual WTA suspects crashed out early as Williams failed to win a 24th Major after losing in the fourth round and women’s world No. 1 Ashleigh Barty retired during her second round match. The women’s singles leg saw six first-time quarter-finalists, including

17-year-old Coco Gauff from the US and Greek Maria Sakkari. While Gauff teaming up with Venus Williams for her women’s doubles outing was termed by many as “an education” for the young star, Sakkari and Tsitsipas kept the Greek chances alive as both made it to the semi-finals of the main draw. Interestingly, Gauff is also the youngest American since Venus (US Open, 1997) to make it to the quarters of a Major.

The final saw two first-time Grand Slam finalists with Krejcíková winning the match. A fun fact is that though Krejcíková was ranked outside the 100 in singles, she is a seasoned doubles player and is the third unseeded singles player to have won the tournament. She also went on to win the women’s doubles title with fellow Czech player Katerina Siniakova and became only the second player since Mary Pierce to win both the titles in Paris. But the contentious spirit of this year’s tournament even extended till the finals as Krejcíková won on a point that saw the chair umpire calling her opponent Pavlyuchenkova’s backhand out, with replays suggesting that the Russian might have made the line. In the absence of the hawk-eye technology that the tournament still does not use and the chair umpire deciding against manually checking the ball mark, many found the umpire’s decision regarding the championship point “absurd”.

The men’s singles leg saw some great tennis from the usual suspects, though one side of the draw was lopsided as it featured the “big three” together. While Federer seemed to be in good form, his toughest opponent before his withdrawal as per past records seemed to only be Croatian player Marin Cilic. But it was his match with Dominik Koepfer from Germany that saw him trend on Indian Twitter, despite it continuing past 4am IST. As he made no bones about Wimbledon being his priority, fans were happy to see Federer play his classic shots — a knee in rehabilitation and the impending 40th in August notwithstanding. However, this year also saw Federer indulging in a lengthy argument with the chair umpire during his match with Cilic over receiving a time violation — both things that are not common for the Swiss.

Arguably, the most important match in Paris was played in the semis of the men’s singles draw as Djokovic took on Nadal, whose inimitable outings on the courts of Roland Garros have earned him the moniker of King of Clay, along with a statue on the premises. Some might call this statue an unusual tribute to an active player but others might call what Nadal does on those clay courts unusual too. But after a smooth first-set win in the semi-final match, the Serb made a comeback like only he can to go on to win the next three sets as he became the only player to beat Nadal at Roland Garros twice. Djokovic termed the win as one of the top three wins of his career as many termed the match as one of the best ever on clay.

Arguably, the most important match in Paris was played in the semis of the men’s singles draw as Djokovic took on Nadal, whose inimitable outings on the courts of Roland Garros have earned him the moniker of King of Clay, along with a statue on the premises. Some might call this statue an unusual tribute to an active player but others might call what Nadal does on those clay courts unusual too. But after a smooth first-set win in the semi-final match, the Serb made a comeback like only he can to go on to win the next three sets as he became the only player to beat Nadal at Roland Garros twice. Djokovic termed the win as one of the top three wins of his career as many termed the match as one of the best ever on clay.

Djokovic went on to meet men’s world No. 4 Tsitsipas, 22, in the final who put up a tough fight and drew out the match to five sets. Though Tsitsipas put his mind to his game as he matched every move made by the Serb with unbelievable angles of his own and won the first two sets, Djokovic made one of his freak comebacks like only the Serb can to seal the deal in the next three. And by doing so, he not only won but also made the record of being the only tennis player in the Open era to have won every Grand Slam at least twice — a feat that the likes of Pete Sampras, Bjorn Borg, Nadal and Federer have not been able to do yet, if that helps in putting things into perspective.

So while the dust settles on the clay courts of Roland Garros, it once again gave us a new women’s singles champion for the sixth time in a row while also implying that the “big three” in men’s tennis have better chances of succumbing to the frailties imposed by time than losing to the young ’uns. But the most pertinent of the things it has given us is the opportunity to think hard about how to prioritise the sport of tennis, its players and its fans. And now, on to the greener pastures of Wimbledon.