Bopanna, Middelkoop save 5 match points to knock out Wimbledon champions from Roland Garros 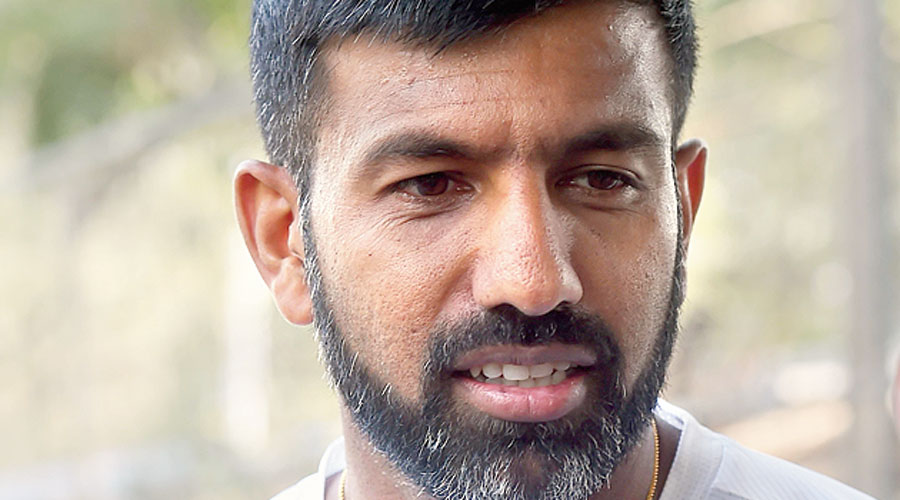 The never-say-die spirit came to the fore as Rohan Bopanna and Matwe Middelkoop saved five match points to knock out Mate Pavic and Nikola Mektic, the reigning Wimbledon champions, from the Roland Garros, here on Saturday.

Bopanna's serve was as venomous as it has been throughout his career and his volleys too were as sharp as ever while his Dutch partner showed exemplary calm under pressure in an edge-of-the-seat thriller in the men's doubles third round.

A break of serve early in the third set put them at a disadvantageous position but there was no dearth of spirit or class from Bopanna and Middelkoop, who eventually prevailed 6-7 (5) 7-6(3) 7-6 (10) in two hours and 32 minutes.

Bopana, thus, matched his best performance at the clay court major by reaching the quarterfinals, having done it four times in the past.

Later, Bopanna combined with Slovenia's Andreja Klepac to make a wining start to the mixed doubles event with an easy 6-1 6-4 victory over America's Asia Muhammad and Britain's Lloyd Glasspool.

In the women's doubles, Sania Mirza and her Czech partner Lucie Hradecka, seeded 10th, outplayed the Slovenian team of Kaja Juvan and Tamara Zidansek 6-3 6-4 to move to the third round.

Juvan (number 68) and Zidansek (Number 25) are terrific singles players but lacked cohesion as a team while Mirza and Hradecka worked like a well-oiled machine.

Earlier in the day, after annexing a set each, the pair of Mektic and Pavic got a break chance straightaway in the opening game of the decisive third set when Middlekoop fired a forehand long at 30-all.

Middelkoop put a terrific first serve in but Mektic found a solid return which the Dutch could not put across the net, his backhand kissing the net.

Mektic had no trouble whatsoever in making it 2-0 with a comfortable hold. Bopanna held his own and left-hander Pavic too stayed solid on his serve as the second seeds led 3-1.

Bopanna made a backhand error, close to the net when Middelkoop served at 30-30 to be down by another breakpoint, but they saved that and the next one too.

They eventually held with Bopanna finishing the game by dispatching a backhand volley.

Pavic was put under pressure when Bopanna fired in a stunning service return winner and Middelkoop too sent in a fierce return to make it deuce but the tall southpaw pulled off two big serves to set his partner up for easy volley winners on returns.

Mektic was serving for the match in the 10th game but was clearly feeling the pressure.

Down by a match point, Middelkoop found a winner to make it deuce while Bopanna pulled off a stunning forehand service return winner, his shot just kissing the line, to earn a break chance, which they converted to make it 5-5.

The momentum had shifted.

Bopanna came out firing on all cylinders, holding at love. Pavic too served big, forcing a Super tie-break.

The second seeds got to 9-6 to have a number of match points but the Indo-Dutch combine kept fighting in a stunning fashion and eventually saved four more match points in the Super tie-break.

They earned their first match point when the rivals fluffed a return at 10-10. Pavic served decent while facing a match point but Middelkoop made an angled return, which the left-hander put out.

Middelkoop fell on the ground in disbelief as Bopanna let out a roar.