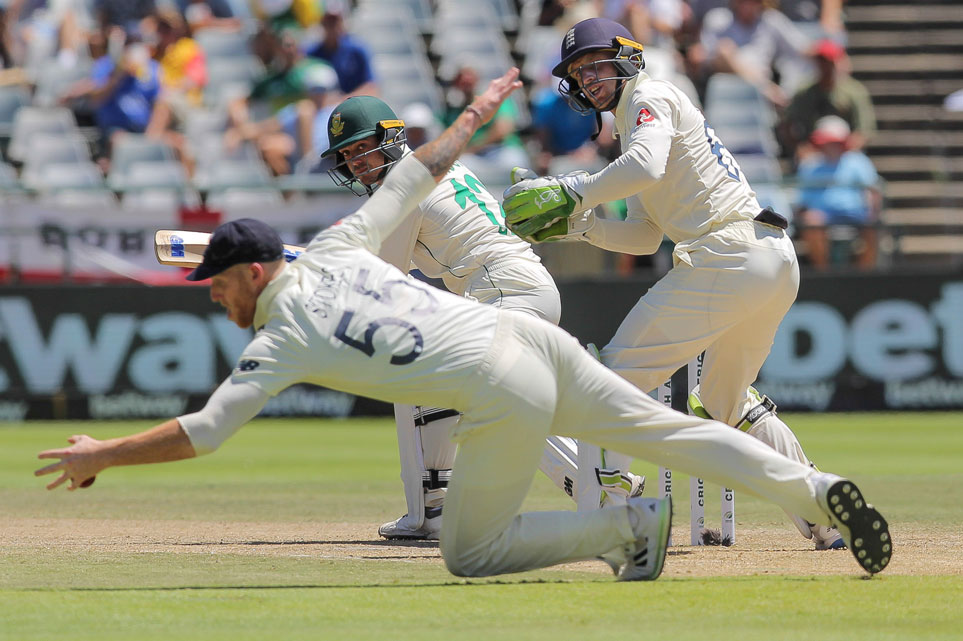 Ben Stokes struck thrice in the last hour of the second Test as England beat South Africa by 189 runs to level the series 1-1, at Newlands on Tuesday.

The doggedness of South Africa’s lower order stretched their second innings to 137.4 overs, but Stokes’s superb length and accuracy trumped the Proteas’ vigil as they were eventually bowled out for 248.

Importantly, Stokes had contributed with the bat too on Day IV with a magnificent 47-ball 72 that not just made the target stiffer for South Africa, but also gave enough time for England bowlers to bowl the opposition out.

“A well and truly very special victory,” said senior pacer Stuart Broad, who claimed the crucial wicket of Rassie van der Dussen in the final session of the Test.

“The crowd has been exceptional... At the same time, incredible discipline from South Africa, but we kept saying one bit of magic and things will happen.

“We just thought of having a leg slip to bring the edge into play… I missed my mark but ended up taking the wicket...”

“Stokes was outstanding as usual… You pray for clouds in England, but you pray for sunshine in South Africa for the cracks to come into play,” Broad added.

Dom Sibley, who also contributed with an unbeaten hundred in England’s second innings, too couldn’t hide his joy after the much-needed win.

“Just after tea, we went a bit flat and obviously Stokes turned up to produce a great spell. To get the win and to contribute is an amazing feeling,” Sibley said.

England registered their first win at Newlands since 1957 and were themselves involved in a great escape in 2010 when they batted for 141 overs in the second innings to finish 296 for nine and earn a draw.

Earlier, England had managed to remove the gritty Pieter Malan, but were still five wickets away from victory at tea on the final day. South Africa went into the interval on 225 for five with thoughts of chasing down a Test record 438 for victory long gone.

Rassie and Quinton de Kock had put on 54 for the sixth wicket after England finally ended the vigil at the crease of debutant opener Malan, who batted for 288 balls for his score of 84.