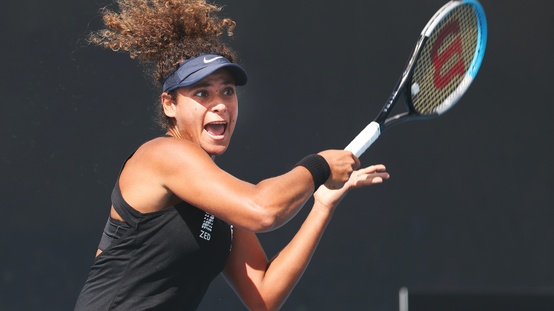 Qualifier Mayar Sherif made a bit of history in the first round of the Australian Open on Tuesday when she became the first Egyptian woman to win a main draw match at a Grand Slam.

The 24-year-old, who made her Grand Slam main draw debut at Roland Garros last year, toughed out a 7-5, 7-5 win over fellow-qualifier Chloe Paquet on Court Six.

“Obviously it means a lot because finally this is a barrier that I had to pass, a mental barrier,” Sherif told reporters.

Sherif, who went to college in the US and trains in Spain, said being a trailblazer for Egyptian sport had been a motivating factor in her career.

“I feel very supported from the Egyptian people, from my partners...,” the world No. 131 added. She said she was regularly recognised on the streets back home.