Five teams — Mohammedan Sporting, Bhawanipore FC, FC Bengaluru United, ARA FC and Garhwal FC — will be seen in action, vying for a position in the tournament 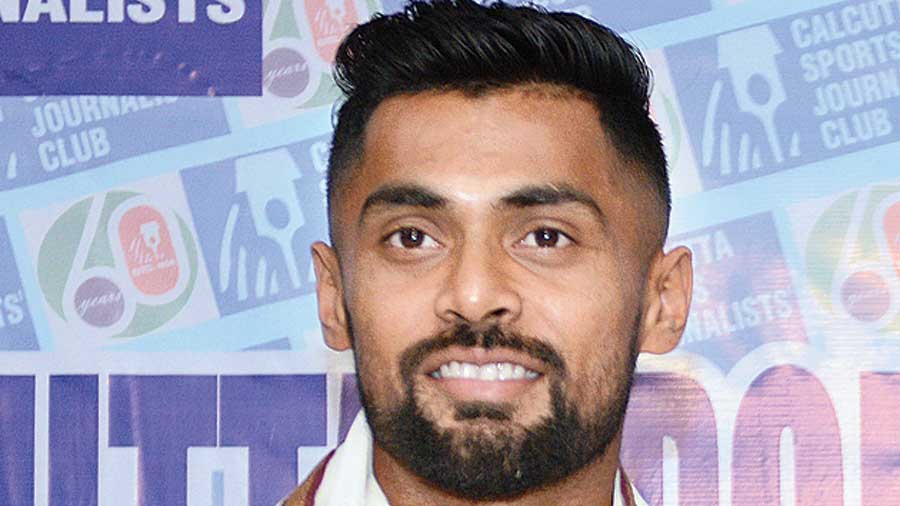 The first competitive sporting event in India since March, when the coronavirus-induced restrictions were imposed, will begin on Thursday with the I-League Qualifiers kicking off at the Salt Lake Stadium here.

Some of the matches will also be held at the Kalyani stadium.

Five teams — Mohammedan Sporting, Bhawanipore FC, FC Bengaluru United, ARA FC and Garhwal FC — will be seen in action, vying for a position in the I-League.

The All India Football Federation (AIFF) has taken every possible measure to make the event a safe and successful one. All teams are following strict Covid-19 protocols.

They are putting up in a five-star property in the city — the same one where the Lionel Messi-led Argentina team stayed during their visit to Calcutta in August 2011.

The hotel is being treated as a bio-bubble. Apart from players and officials of the five teams, match officials, select AIFF officials and event management personnel are all being accommodated there.

Some other personnel associated with the tournament are being housed in another bio-secure place.

Players and officials will have to undergo daily medical check-ups.

A player or official has to undergo six RT-PCR tests, the gold standard for finding out if one is infected with Covid-19, if he stays with the team throughout the tournament.

However, a Garhwal FC player was asked to leave the bio-bubble after he was found guilty of breaching protocol on Wednesday, a source said. Former India player and current assistant coach of FC Bengaluru United, Gouramangi Singh, was also under the scanner as he met a family member at the hotel.

“This is a huge challenge for all of us to make the event successful. The main stakeholders are the footballers. We must give them all-round protection. This meet will serve as a trial before the I-League, which is also scheduled to be played in Bengal,” AIFF’s senior vice-president and chairman of League Committee, Subrata Dutta, told The Telegraph.

The Indian Football Association (IFA), the local organisers, feels it’s a huge responsibility. “We are trying our best. We are keeping an eye on the situation. It’s a matter of pride for Bengal as well, that AIFF has shown faith in us to conduct the first sporting event in the country since the lockdown,” IFA secretary Joydeep Mukherjee said.

But the players are finding the rules and regulations rather strict. “It’s tough to maintain the rules of the bio-bubble. But there is no other way,” former Mohun Bagan I-League winning captain Shilton Paul, who will be playing the qualifiers for Bhawanipore FC, said.

In the opening match at Salt Lake Stadium on Thursday, Bhawanipore will take on Bengaluru United at 12.30pm. Later that day, in Kalyani, Mohammedan Sporting will lock horns with Garhwal FC at 4.30pm.

With Mohun Bagan and East Bengal playing in the Indian Super League (ISL) from this season, Mohammedan Sporting coach Yan Law felt they must qualify for the I-League to keep Bengal’s flag flying.

“Right now, there is no team from the city in the I-League. It is our responsibility to win the qualifiers and book our place,” Law said.

The tournament will end on October 19.