Advertisement
Home / Science-tech / I can’t be seen... therefore I am not

I can’t be seen... therefore I am not

Why does it seem like no one is viewing my posts? Elaborating on that familiar feeling on social media nowadays 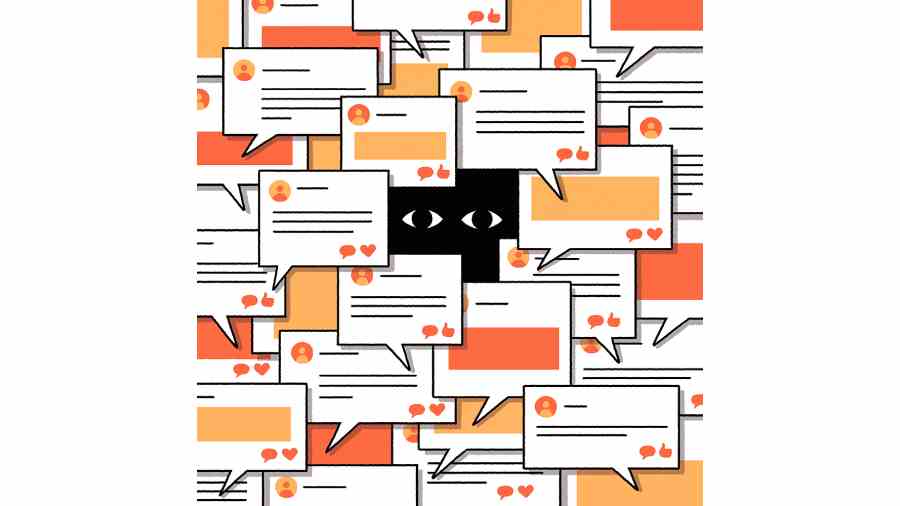 Your social media posts, as far as you can tell, are great, but they don’t get any engagement. Are you being “shadow banned”?

The term refers to the perception — real or imagined — that social media companies are taking stealth actions to limit a post’s visibility. And it’s been coming up a lot lately.

Just last month, Elon Musk — Twitter’s new billionaire owner and a self-proclaimed “free speech absolutist” — used the term in the context of the so-called Twitter Files, internal company documents that were released with Musk’s authorisation. They showed that Twitter officials had debated blocking reporting from The New York Post on Hunter Biden, son of the current president, in October 2020, a month before the presidential election.

Musk said the documents proved that the company’s leaders at the time had engaged in shadow banning. Twitter initially defended its action on the grounds that the reporting was unverified but later said it would change its policy for similar content.

In the same month, Musk was himself accused of shadow banning. The college student behind the Twitter account @ElonJet, which tracked the whereabouts of Musk’s private plane, learned from Twitter employees that it had been deliberately silenced, and tweeted about it. The account is now suspended.

The very notion that our online activity can be manipulated by a platform without our knowing it can be unnerving, said Jonathan Zittrain, a professor of computer science and law at Harvard University, US.

“Shadow banning is the worry by any user that they are howling into the void, that they have been placed in a bubble and it’s undisclosed,” he said.

The term traces to at least 2012, when Reddit users accused the platform’s administrators of banning a link to a Gawker article while publicly championing transparency.

The meaning of the term has evolved over time. Now, users may throw around “shadow ban” to describe general discontent about not getting the attention they believe they deserve on social media, even if they don’t necessarily think a platform has engaged in any clandestine moderation.

Private companies are allowed to make their own rules about content moderation, but for advertisers, users and free speech champions, true shadow bans are problematic because they enforce unarticulated rules secretly, said Katharine Trendacosta, a tech policy expert at the Electronic Frontier Foundation. They allow a company to avoid taking responsibility for moderating content while quietly manipulating its flow. And those who are silenced have no process for emerging from the shadows.

“We can’t agree on what we want,” he said, “and we don’t trust anyone who tells us they can handle it.”