There'll be many more space stations in future 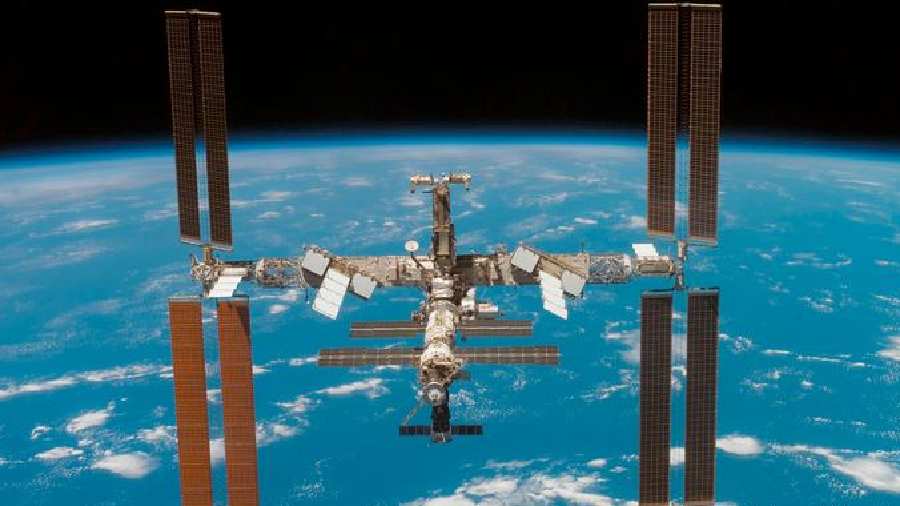 The International Space Station was built in such a way that all parties have to rely on each other
Deutsche Welle
Deutsche Welle   |   Published 28.07.22, 05:02 PM

Along with gas and grain, the International Space Station has featured heavily in the political rhetoric around Russia's invasion of Ukraine.

Right from the start in February 2022, the now former director of Russia's space agency Roscosmos responded to international sporting and economic sanctions with threats about cooperation with the US and Europe in space

Russia's threat: The ISS will fall on Asia

In a series of tweets, Dmitry Rogozin suggested, for instance, that Europe, Asia, and the US could not do without Russia's cooperation in space.

"If you block cooperation with us, who will save the ISS from uncontrolled deorbiting and falling on the territory of the US or Europe? [The ISS could fall] on India or China. Do you want to threaten them with such a prospect? The ISS doesn't fly over Russia, so all the risks are yours. [...]."

Repeatedly, Rogozin suggested that Russia would step out of the cooperation of its own accord. And then he was removed from his post at Roscosmos in mid-July, hours before the US and Russia announced an agreement to keep using each other's bases to send astronauts to the International Space Station.

On Tuesday, his successor, Yury Borisov, reiterated Rogozin's threats by confirming that Russia would indeed end its cooperation with the ISS "after 2024."

Russia has plans to build its own space station

Borisov's comments came as no surprise.

"The decision to leave the station after 2024 has been made. By that time we will start forming a Russian orbiting station,'' Borisov is reported to have said on Tuesday.

But plans to build a Russian space station have been public for more than a year. In April 2021, Borisov — then as Russia's Deputy Prime Minister — floated the idea, having bemoaned the condition of the ISS after two decades in orbit.

Then in April 2022, Rogozin said that Russia's Energia Space Rocket Corporation had been commissioned to build the first module, with Russia aiming for a 2025 launch.

All this stands to reason, with China also currently building a new space station.

The ISS could continue without Russia until 2030

NASA and its controllers in the US government have committed the United States to ongoing ISS operationsthrough to 2030.

In a report published by NASA in January, Russia was still listed as one of the lead partners. But that was also before Russian invaded Ukraine.

After 2030, space operations such as those conducted on the ISS today are slated to "transition" to the private sector. It's expected that companies like SpaceX, Axiom, Blue Origin, Nanoracks and Northrop Grumman will build so-called Commercial Low Earth Orbit Destinations, with NASA's help.

The space station will then be "deorbited" — brought back to Earth in a controlled manner — and eventually come down in a region of the Pacific known as the South Pacific Oceanic Uninhabited Area (SPOUA), where other space stations and rockets have been buried before.

And there will be commercial space stations

SpaceX — as a leading commercial firm already contracted by NASA to deliver both people and supplies to the ISS — wants a central role in protecting the future of the station.

Axiom, which was contracted to ferry the first private crew to the ISS, has committed to building its own space station. And it wants to use the ISS as a jumping-off point for that venture.

But whoever it is and no matter what they do in the future, everyone in the industry knows how hard it is to transport heavy materials into space. It's likely that at least some of these companies are hoping to salvage parts of the ISS.