It offers long-term support, good camera, is not dogged by privacy issues and all this at a down-to-earth price 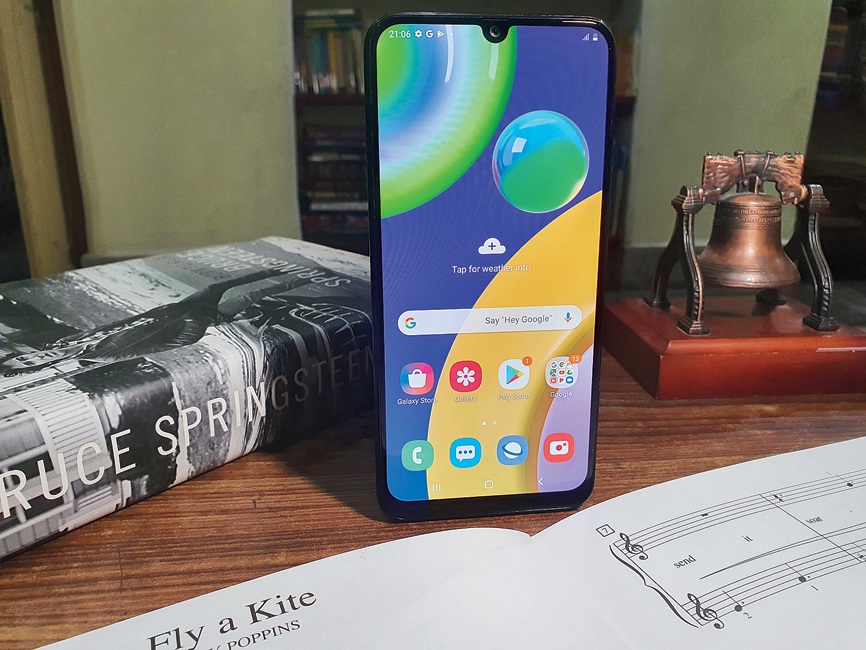 Fact: Midrange Android devices are selling more than premium options. And Samsung’s midrange family member, the Galaxy A51, has — according to Strategy Analytics — become the best-selling Android phone in the first three months of this year.

What we have seen with the progress of the global pandemic is that it has hammered demands for flagship devices and shipments have dropped. In uncertain times, holding up the demand curve are people who are looking to replace broken phones or the work-from-home crowd, which is looking for a brand that offers long-term support, good camera, is not dogged by privacy issues and all this at a down-to-earth price. And that’s exactly what another member of the South Korean electronics giant does — the Galaxy M21, which is another powerful hitter and a potential winner of this quarter.

Out of the box, the M21 looks like many of the Samsung phones you may have seen in the recent months. But this phone is not just about the 6.4-inch sAMOLED display, it’s about having an all-round performer in the pocket or on the worktable. Even though the back is not glass, it really doesn’t matter. At every price point, a smartphone company needs to figure out what it wants to offer. For Samsung, it’s camera, battery life and an amazing screen.

This means, the fingerprint scanner has been moved to the back, which is fine. Even though the scanner is lightning quick, we decided to go with the face scanner.

On the big screen the colours simply pop. It’s, in fact, as good as the A51. The screen is bright enough for indoor viewing and the brightness dial needs to be pumped up outside but that doesn’t drain the battery a great deal; the always-on display option also goes easy on battery life. What matters is the sAMOLED display at an affordable price.

Powering the phone is the powerful Exynos 9611 processor, which helps not only on the camera front with its AI smarts, it can also handle gaming well. But does this mean Realme 6 is not such a hot deal with Helio G90T? On the Samsung device, the screen is better and the gaming performance scores well enough. And during a pandemic, it’s best to go with a brand that’s easily serviceable. With Android 10 and One UI 2.0 out of the box, the experience is seamless.

Of course, most of us would be streaming a lot given that we are mostly at home. Samsung has retained the 3.5mm headphone jack while the sound is crisp enough to make us decipher most Elton John lyrics!

The other big aspect is the camera. The triple camera set-up on the back has a configuration of 48MP + 8MP + 5MP. No macro lens here. Yes, the Galaxy M31 has a 64MP main shooter but the details captured on the M21 are comparable.

Daylight shots offer zero glitches while night-time photograph is not bad at all and there is not too much noise to complain about. Try night mode to take night photography a few notches higher.

What we miss is a trick like Single Take, which is a Samsung feature on its higher-end phones, allowing multiple shots and videos being automatically taken of a scene. Winning the phone a couple of brownie points are better focus than its competition, Realme 6, and good live focus and bokeh effect. As for video, the rear camera set-up allows UHD 4K (3840 x 2160) @30fps while the front camera supports FHD 1920x1080.

The big ticket feature is the 6,000mAh battery, which is massive. At the end of the day, there was 25-30 per cent juice left. And a typical day these days involve quite a bit of streaming, videoconferencing, video editing and, of course, gaming. Get the max out of the speaker by using a pair of Galaxy Buds.

The M21 proves that a good phone doesn’t have to cost a lot. Throw in a vibrant screen, a big battery and a decent camera set-up to come up with a winning combination. And that’s exactly what this one does. The Samsung Galaxy M21 offers fantastic bang for your bucks. 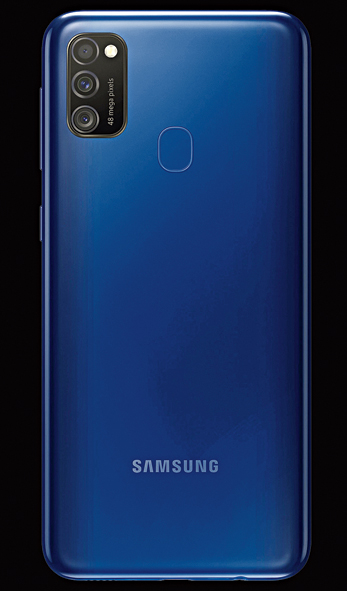