Trump and Tehran shake up the Middle East

Every country is now recalculating its security strategy, starting with Israel 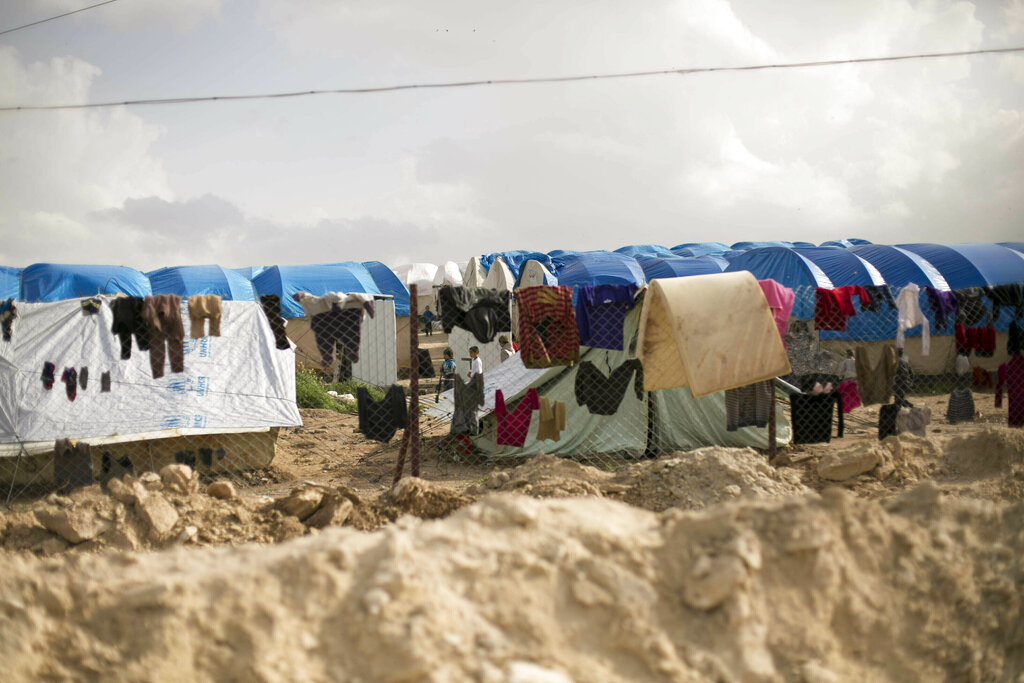 This March 31, 2019 file photo is of the al-Hol camp in Hasakeh province, Syria, home to tens of thousands of wives and children of IS fighters. The camp has witnessed crimes by IS women against residents whom they consider apostates, and security may worsen due to Trump's betrayal of Kurdish allies
AP Photo
Thomas L. Friedman / New York Times News Service   |   Published 11.10.19, 08:51 PM

I am sure I’m not the only one who finds it bizarre that the Republican leadership is (rightly) going nuts over President Donald Trump’s betrayal of the Kurds in Syria while it’s ignoring his betrayal of the U.S. Constitution at home. If only Lindsey Graham & Co. were as eager to defend our democracy as they are the Kurds. But I digress.

If you think Trump’s withdrawal of U.S. troops from Syria will make the Middle East more explosive, you’re correct. But there’s far more going on. Those troops were also interrupting Iran’s efforts to build a land bridge from Tehran to Beirut to tighten a noose around Israel — and their removal could help bring the Iran-Israel shadow war out into the open. This is the really big story in the Middle East today.

Here’s the background: In the early hours of Sept. 14, the Iranian Air Force launched roughly 20 drones and cruise missiles at one of Saudi Arabia’s most important oil fields and processing facilities. The drones and cruise missiles flew so low and with such stealth that neither their takeoff nor their impending attack was detected in time by Saudi or U.S. radar. The pro-Iranian Houthi militia in Yemen claimed responsibility for the raid. That was as believable as saying that Santa Claus did it.

Some Israeli strategists argue that this surprise attack was the Middle East’s “Pearl Harbor.” An exaggeration? Maybe not.

Whoever in Iran came up with the idea of this daring airstrike just got a big pay raise. It could not have worked out better. Because the sound you hear coming from every Arab capital and Israel is the same sound you hear from your automated driving assistant when your car has suddenly deviated from the mapped route:

Every country is now recalculating its security strategy, starting with Israel. Consider how Uzi Even, one of the founding scientists of Israel’s Dimona nuclear reactor, assessed the Iranian strike.

“A total of 20 cruise missiles and drones were used in the attack,” Even wrote in Haaretz on Sunday. “Drone wreckage discovered in Saudi Arabia shows that the Iranians are manufacturing and operating drones so advanced (with jet engines and significant stealth capabilities) that they do not lag behind Israeli capabilities in this field. Seventeen targets incurred a direct hit in this concentrated bombardment. Considering the 20 projectiles whose debris was found at the attack site, that’s an 85% success rate, which indicates the very high capability and reliability of the technology that was used.”

Photos of the aftermath, Even added, “show the precision that was achieved in the attack. Each one of the spherical gas tankers in the picture was hit in the center. The pictures also show that the strike precision was one meter. … The Iranians, or their proxies, showed that they can hit specific targets with great precision and from a distance of hundreds of kilometers. We have to accept the fact that we are now vulnerable to such a strike.”

Even’s conclusion: Operations at Israel’s “Dimona nuclear reactor should be halted. It has now been shown to be vulnerable, and the harm it could cause would likely exceed its benefits.”

Not a bad day’s work for Iran — and Israel wasn’t even the target. Now let’s look at the Arabs. The Saudis and the United Arab Emirates got a double shock from the Iranian attack. It simultaneously exposed Iran’s precision and Trump’s isolationism.

It had to have been quite the cold shower for the Saudis to call Washington to discuss what the U.S. planned as a strategic response only to discover that our president was busy looking for the cellphone number of Iran’s president, Hassan Rouhani, to see if he could cut the same deal with him that he did with North Korea’s dictator, Kim Jong Un: Give me a photo-op handshake, and we can do business.

Translated into Arabic, Trump was saying to the Gulf Arabs: “I forgot to tell you. I’m only interested in selling you our weapons — not using them in your defense. But don’t forget to stay in my hotel when you’re next in D.C.! Operators are standing by.”

The Saudis and the UAE got the message. They, too, got busy looking for the Iranian leader’s cellphone number — and the number of the pro-Iranian emir of Qatar, too. Time to get right with all the neighbors.

This, in turn, has fractured the tacit U.S.-Sunni Arab-Israel anti-Iran coalition and left Israel feeling more alone than ever to deal with Iran — and its proxies in Lebanon, Syria and Iraq.

Because Prime Minister Bibi Netanyahu of Israel also got a double dose of Trump reality. After Netanyahu did poorly in the recent Israeli election, Bibi learned how much Trump doesn’t like losers. When asked about Bibi after the Israeli election, Trump said coolly that he hadn’t spoken to him — “our relationship is with Israel.”

Translated into Hebrew, Trump was saying: “Bibi? Bibi? I once knew a guy who owned a deli at Lexington and 55th named Bibi.”

And then, after the Iranian attack on Saudi Arabia, Trump declared that when it comes to a war with Iran, “we’d certainly like to avoid it.” Again, translated into Hebrew: “America is happy to keep oil sanctions on Iran, but it is not going to partner with Israel and the Sunni Arabs to create regime change there or militarily destroy Iran’s capabilities.”

Bibi had completely misread Trump’s mindset, which was: “We’re awash in oil and gas. We’re not fighting anyone’s wars in the Middle East.” The Iranians don’t even have an embassy in Washington. But they read Trump perfectly.

The Gulf Arabs can and will find a way to buy off the Iranians. Israel can’t. Israel has a real Iran problem. Beware.

Iran’s is an awful regime. The ruling clerics have deprived at least two generations of young Iranians the freedom and tools to realize their full potential — one reason that a brain drain and drug addiction are rampant among Iranian youth.

While Iran’s people “aspire to be like South Korea — and they have the talent to be that — Iran’s hard-line leadership prefers to rule like North Korea,” observed Karim Sadjadpour, Middle East expert at the Carnegie Endowment.

So Iran’s Islamic revolutionaries need constant conflict with the U.S. and Israel to justify their ruthless internal repression. But Iran is heir to a great civilization. Even with its brain drain, it’s still got lots of real scientific talent.

Iran is now trying to semi-encircle Israel with proxy militias like Hezbollah — in Lebanon, Syria and western Iraq, armed with precision-guided missiles. The word “precision” really matters. In the 2006 war between Hezbollah and Israel, Iranian-armed Hezbollah had to fire scores of dumb, unguided, surface-to-surface rockets of limited range in hopes of damaging a single Israeli target, mostly in the northern half of the country. Ditto Hamas in Gaza.

But since 2016, Iran has been transferring kits to Hezbollah to convert its dumb rockets into precision-guided missiles — like those that perfectly punctured the Saudi oil facilities. It’s not clear how many Hezbollah now has, but if it has only 150 it could hit all of the important economic and military targets in Israel. That’s Israel’s ports, airports, power plants, nuclear reactor, Intel computer chip factory and its network of software and technology companies. It could cripple Israel.

In light of all this, Israel has been signaling two things to Hezbollah and Iran. One is that in response to any missile attacks, Israel will carpet-bomb neighborhoods in Lebanon where Hezbollah’s families live and where it manufactures the missiles, and turn them into rubble, as it did on a small scale in 2006. And it will make the Lebanese economy collateral damage.

And the other is that Israel will attack Tehran directly, either with precision long-range missiles from Israel or submarine-launched missiles from the Persian Gulf, with this message: “Every time Tel Aviv is hit by your proxies, we will hit Tehran. You will not sit out this war. And you will not out-crazy us.”

So, the Middle East may look calm right now, but that’s an illusion. Everyone is recalculating: The Iranians are emboldened, the Arabs are frightened, and Israel and Iran are one miscalculation away from a war of precision missiles that neither can afford.

Great powers fight more wars than anybody else, even if they have no hostile neighbours