Today Israel's supporters, in the US or elsewhere, are seen as morally bankrupt, politically corrupt, and intellectually worthless 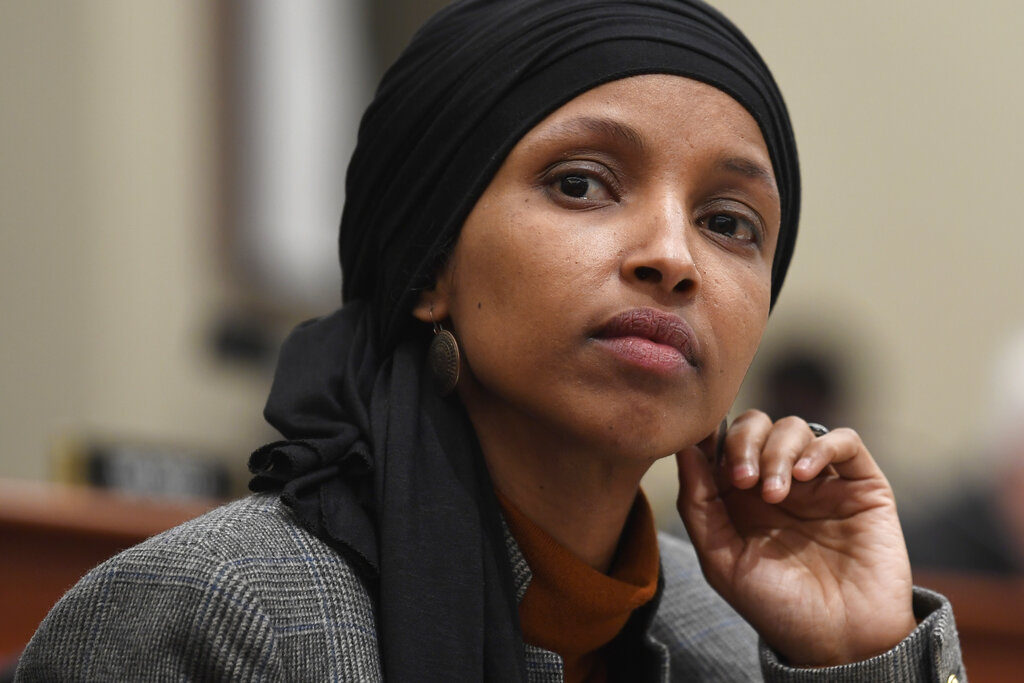 US Democratic representative Ilhan Omar might not have expected a strong backlash condemning her for her alleged anti-Semitism, but she might not have anticipated the stronger wave of support in her favour either
AP photo
Karthick Ram Manoharan   |     |   Published 18.03.19, 10:08 AM

When Ilhan Omar, the Somalian-American Democrat, made comments that Israel’s lobbyists in the United States of America demanded “allegiance to a foreign country”, she might not have expected such a strong backlash condemning her for anti-Semitism. The ruling Republican Party, which has quite a few individuals in its ranks who have made worse anti-Semitic and racist remarks in the past, came down swiftly on her as did some powerful leaders from the Democratic Party, like Nancy Pelosi. What she might also not have anticipated was the stronger wave of support in her favour.

Bernie Sanders said that legitimate criticism of Benjamin Netanyahu’s government cannot be termed anti-Semitic, while Elizabeth Warren said that “branding criticism of Israel as automatically anti-Semitic has a chilling effect on our public discourse and makes it harder to achieve a peaceful solution between Israelis and Palestinians”. The younger, more militant leaders, like Alexandria Ocasio-Cortez, also firmly stood by Omar. What these indicate is that the mood of public opinion about Israel in America is undergoing a change.

Earlier, sharp criticism of Israel in the US was largely restricted to campus activists or sectarian ultra-leftists who were largely insignificant in affecting any serious matters of foreign policy of the State. Now however, elected representatives of the American people, not to mention someone like Sanders, a president hopeful and arguably the strongest democratic socialist leader that America has seen, are voicing criticisms of Israel that a decade ago would have been shot-down without discussion. That these opinions are largely accepted and defended by the supporters of these leaders must cause much worry to Israel. The US, after all, is currently the only superpower that routinely defends Israel unconditionally at the United Nations.

It has to be granted that there is much hypocrisy in the singling out of Israel at a global level. The 2017 UN General Assembly emergency session resolution against Israel which, among other things, called for “an end to the Israeli occupation that began in 1967”, was co-drafted by Turkey, itself guilty of violent repressions of its Kurdish minority, and supported by 128 countries. Some of these countries, like North Korea, Russia and China, have committed human rights violations on a much larger scale. Countries like Sudan, Nigeria and Sri Lanka that have been accused of genocide were also signatories. Even India, which under Narendra Modi expanded military ties with Israel, voted against it. Israel finds itself in a global scenario where its enemies are getting more vocal and friends are fading. If it loses US support, which it is likely to given the increasing political popularity of its American critics, Israel will find itself in a very unenviable situation. Already, many compare it to apartheid South Africa.

Israel is in a position where its supporters, in the US or elsewhere, are seen as morally bankrupt, politically corrupt, and intellectually worthless. Its military and technological superiority allows it to secure tactical victories over a hapless Palestinian population but these cannot last without securing peace and some semblance of a moral victory. The explosive scenario in the Middle East, the rising population of destitute Palestinians who have nothing to lose, and the near-universal condemnation of Israel’s territorial expansionism do not augur well for Israel’s future.

Israel, of course, cannot be wished away. It will continue to remain the strongest military force in the Middle East for a good part of this century. However, this doesn’t mean that its enemies cannot weaken it with the proverbial thousand cuts. It has an option to make a graceful deal that could guarantee peace to both Israelis and Palestinians. Israel should withdraw to the pre-1967 borders and completely return the West Bank to the Palestinians and assist the latter with rebuilding their country. This is not some utopian daydreaming. Even someone like Martin van Creveld, an Israeli thinker and a world-renowned military historian, advocated this solution. That the Israeli hawks do not want to listen to good counsel, even when it comes from their side, is only an indication that they naively believe that short-term military gains will ward off the long-term political catastrophe.