Global concerns with the country's warts are growing, and it would be unwise to be condescending towards these reservations in the light of the new US foreign policy 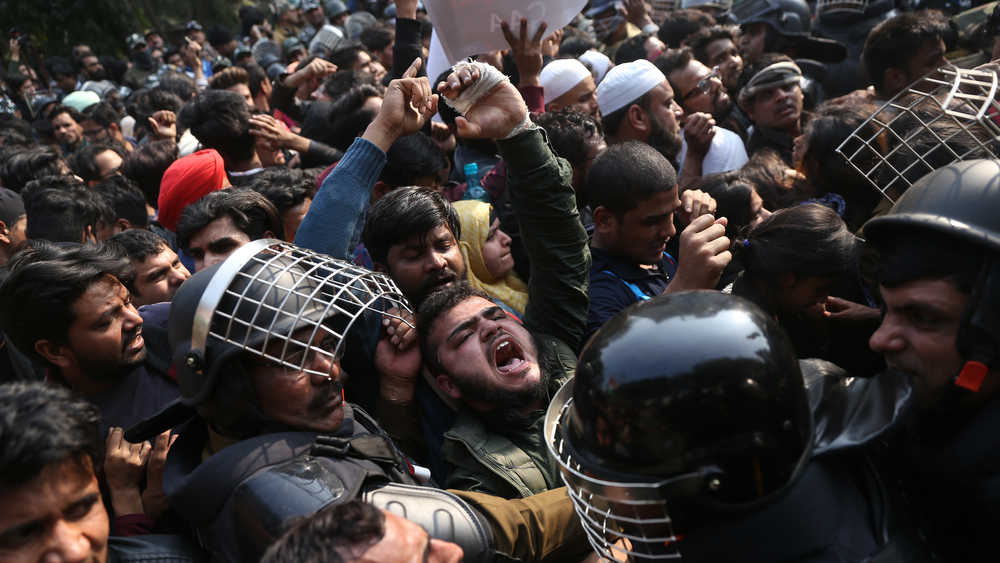 Protesters during the ongoing protests against the Citizenship Amendment Act 2019 (CAA) and NRC in New Delhi.
Shutterstock
The Editorial Board   |   Published 09.02.21, 01:57 AM

The slip is showing. India has slipped further to rank 53 out of 167 nations in the Democracy Index 2020, earning itself, once again, the stripes of a ‘flawed democracy’. Curiously, India’s slide has coincided with the political ascendancy of Narendra Modi and the Bharatiya Janata Party: the nation’s score has fallen from a peak of 7.92 in 2014 — the year democratic India gave Mr Modi his first term in power — to an alarming 6.61 in 2020. The prime minister and his legion of admirers may scoff at these findings: after all, Mr Modi has claimed that there is an international conspiracy — a ‘Foreign Destructive Ideology’ — at work to defame the nation. But the inferences cited by the Democracy Index as causal factors for India’s precipitous decline cannot be dismissed easily. Civil liberties, one of the hallmarks of democracy, are facing an unprecedented crackdown from the authorities, pulling India down the ranking. Significantly, this deterioration intersected with the pandemic that gave some governments the opportunity to turn even more authoritarian. There are other concerns. The sustained assault on dissent, the introduction of a religious test for citizenship, the emergence of a pliant media and, allegedly, a passive judiciary, the Centre’s discernible apathy towards parliamentary deliberations and collective consent — the passage of the controversial farm laws are one example — prolonged periods of internet shutdown and so on may have all contributed to what the Index says is ‘democratic backsliding’ in the Indian context.

Global concerns with India’s warts are growing, and it would be unwise to be condescending towards these reservations in the light of the contours of the foreign policy unveiled by the president of the United States of America. Joseph Biden stated that defending core democratic values as well as a pushback against the excesses of authoritarian regimes would be at the core of the US’s vision under his stewardship. India’s otherwise smooth ties with the US could encounter hurdles if Mr Biden decides to put word to action. Two reasons — one ethical, the other pragmatic — must compel New Delhi to contemplate. First, consistent deterioration on the markers of assessment of democracy does not sit well with India’s claim of being a robust democracy. Second, given the churn in geo-strategic imperatives, India cannot afford to suffer unexpected hiccups in its ties with the US with a marauding China at its door.