Some recent decisions of the Supreme Court are baffling 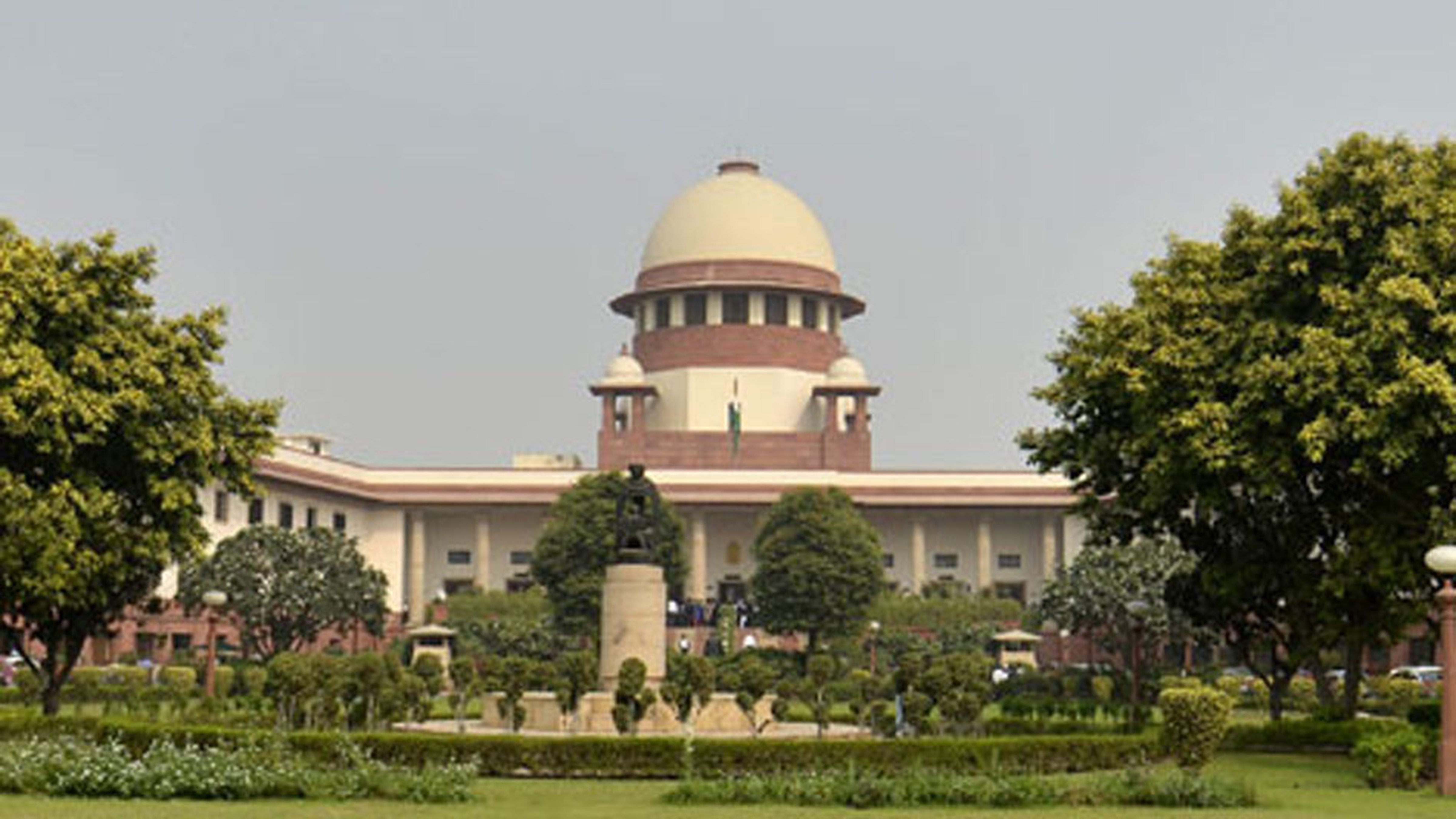 One reason why many of us are baffled by some of the recent decisions of the Supreme Court is that the venerable judges of the highest court of the land had themselves raised the bar of our expectations rather high just a year ago.
Photo by Prem Singh
Manini Chatterjee   |   Published 21.01.19, 03:08 AM

One reason why many of us are baffled by some of the recent decisions of the Supreme Court is that the venerable judges of the highest court of the land had themselves raised the bar of our expectations rather high just a year ago.

Of the three pillars of the state, the judiciary has always evoked much greater respect from ordinary citizens than either the legislature or the executive. Since the legislature comprises elected representatives of the people, we — the people who elect them — feel justly entitled to criticize them at will. The executive, similarly, is more often pilloried than praised when it fails to deliver on its many promises.

The judiciary, on the other hand, has usually been treated as a hallowed institution. Judges, unlike politicians, are seen not only as wise but also possessed of thinner skins. The fear of being hauled up for contempt of court (what construes contempt remains a mystery to most of us) acts as a deterrent to commenting on the judiciary.

But that silence was broken last year. And not by an irreverent media or crusading activists or outspoken lawmakers. It was members of the highest judiciary who dealt the blow, coming out with home truths whose reverberations have yet to subside.

On January 12, 2018, the then four senior-most judges of the Supreme Court — J. Chelameswar, Ranjan Gogoi, Madan B. Lokur and Kurian Joseph — held an unprecedented press conference in the capital. In the course of the press conference, they revealed the letters they had written to the then Chief Justice of India, Dipak Misra, questioning his style of administration and the manner in which he allocated cases to difference benches of the court. Expressing dismay at the CJI’s refusal to address their grievances, they said, “Unless the institution of Supreme Court is preserved, democracy won’t survive in the country.”

That press conference, which alluded to government interference in the workings of the court, was not a one-off affair. Soon after, in separate letters to the CJI, J. Chelameswar and Kurian Joseph expressed concerns about the judiciary’s independence in face of the executive’s encroachment.

But what made waves in circles well beyond the judiciary was Ranjan Gogoi’s speech on July 12 to a packed auditorium in Delhi. Delivering the Ramnath Goenka memorial lecture, Gogoi spoke at length on the “Vision of Justice” and the role of the judiciary in upholding constitutional ideals.

Pointing out that the judiciary had been endowed with great societal trust, he said, “This very fact gives it its credibility and this very credibility gives it its legitimacy... I will only say that if it wishes to preserve its moral and institutional leverage, it must remain uncontaminated. And, independent. And, fierce. And, at all times. A chain is only as strong as its weakest link. So is an institution.”

Gogoi’s speech was remarkable because he was in line to be the next Chief Justice. In fact, many feared that he had risked his career with that speech and the government might not elevate him to the post of the CJI after Dipak Misra retired.

Those fears were belied. Gogoi became the Chief Justice of India in early October. But, truth be told, hopes that a feisty judiciary would force more transparency on opaque and questionable executive decisions have also remained unfulfilled.

Some of the Supreme Court’s decisions, such as in the case relating to the removal of the Central Bureau of Investigation chief, has left even retired judges puzzled.

On October 23, the government conducted a midnight raid on the headquarters of the CBI and seized a whole lot of material related to pending investigations. It then summarily removed the CBI chief, Alok Verma, from his post. Since Verma had been appointed by a three-member selection committee (comprising the prime minister, the leader of the largest Opposition party and the CJI), he contended that only that committee could remove him — and not the central vigilance commissioner. Verma moved the Supreme Court with alacrity against his arbitrary removal.

The apex court chose not to adjudicate on the removal. Instead, it appointed a retired Supreme Court judge, A.K. Patnaik, to supervise a CVC probe into the allegations of corruption levelled against Verma by his bête noire, the then CBI special director, Rakesh Asthana. It directed the probe be completed within two weeks. The three-judge bench of Gogoi, Sanjay Kishan Kaul, and K.M. Joseph passed no strictures against the manner in which the raids were conducted by the government nor asked why and what materials had been seized.

Although the probe was completed in two weeks and the report presented to the court, it was not till January 8 that the judges delivered their verdict. On the face of it, the verdict was a victory for Verma. It said that only the three-member selection committee could transfer or divest Verma of his powers, and not the CVC or the Centre.

Again, puzzlingly, it passed no strictures against the government for removing him in the manner it did. Instead, it asked the selection committee to go through the contents of the CVC probe report and decide in a week whether Verma should be exonerated or indicted.

The government convened a meeting the very next day and less than 48 hours after he was reinstated as CBI chief, Verma was once again given marching orders. The CJI had recused himself from the panel, and appointed the judge, A.K. Sikri in his stead. Sikri and the prime minister, Narendra Modi, voted to remove Verma while Mallikarjun Kharge dissented.

What followed has been extremely unflattering for the apex court. A.K. Patnaik, the judge who had supervised the CVC probe, told The Indian Express that “[t]here was no evidence against Verma regarding corruption”, that the decision to remove him was “very very hasty”, and that the committee “should have applied their mind thoroughly, especially as a Supreme Court judge was there.”

Speaking to The Telegraph, two highly respected former Chief Justices of India also expressed misgivings on the way the committee took the decision without giving Verma a chance to present his side of the case. Former CJI, T.S. Thakur, underlined that if a decision was being taken on the basis of an adverse report against an individual, that individual must be given an opportunity to present his point of view. “If that process has not been followed... then any decision based on such adverse findings will be contrary to the principles of natural justice.”

Another former CJI, R.M. Lodha, said much the same thing: “He (Verma) needs to be heard. Ordinarily, he should be heard. Principles of natural justice deserved to be followed.”

In other words, the Supreme Court’s failure to explicitly state that Verma should be given a hearing violated the principles of natural justice.

Similarly, a CJI-headed bench’s verdict on the Rafale deal has also raised eyebrows. While the government, understandably, has hailed the verdict as a “clean chit”, the detailed review petition filed by Arun Shourie, Yashwant Sinha and Prashant Bhushan points out how the “the government has blatantly misled the Hon’ble Court and the Hon’ble Court has grossly erred in placing reliance on false averments in the note not even supported by an affidavit.” In layman’s language, it questions the touching faith the apex court placed in the assertions of the government in spite of evidence to the contrary.

The Supreme Court collegium’s decision to appoint two judges to the apex court after retracting an earlier selection of two other judges is the latest controversy to hit the judiciary.

The CJI, reportedly, is “very upset” over the “media leaks” on the collegium’s functioning. Last week, he also advised the advocate, Prashant Bhushan — who wanted the government to disclose the names shortlisted by the search committee for the post of Lokpal — not to “look at things from a negative point of view” and to “be positive” instead.

That is fine advice from a spiritual guru. But advocating such a course in today’s India can also be construed as unquestioning faith in a majoritarian government’s intents and actions. The apex court has baffled us on many counts in the last few months. But that someone who spoke in praise of noisy judges and independent journalists should now worry about adverse media reports and negative attitudes to the government is, perhaps, the most bewildering of them all...