Look at water, and how it behaves, the nature of it, and how it may explain to us the ineffable and often unseen ways of beginning and ends 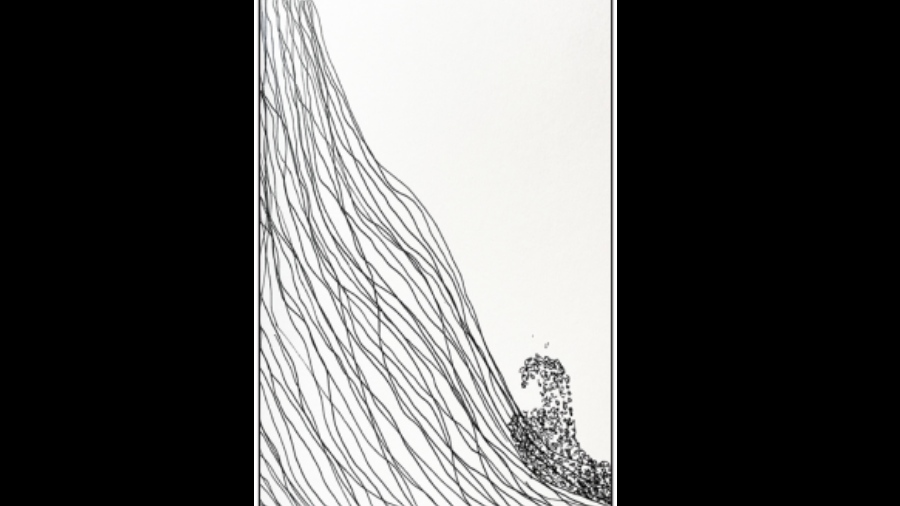 As it flows — and flow it does in many ways — or as it is still, contained by solids or itself solidified by temperatures, waters is always allowing things to happen to itself.
Anon
Sankarshan Thakur   |   Published 17.07.22, 03:21 AM

For one may not truly know where things begin and where they come to their end. Do we? The beginning we are told about, yes; and there are certificates and so on to verify. At the end we leave behind no such opportunity. It’s just so final and so fixed and so utterly without doubt and without opportunity for any sort of reversal, there may be no need for us to be told, us who are no longer. No longer around to be told we no longer are. So there. Beginnings and ends. We know not for sure. There are things we do not know. KhatamShud

Or we do know. Perhaps in the end, or towards the finality of the end, the tendrils of new beginnings. Who knows? Like a postscript? That written thing after all things have been written? It happens. And perhaps it comes from the subconscious desire at odds with ends. That some of it wouldn’t end, whatever it was that was coming to an end or had come to an end. Somehow.

Like a river. Or its waters. Forever going, forever coming back. Who’s to tell the swift water I dipped my body in the other day hasn’t come back, made some sort of an invisible U-turn, and are not the same waters I slid myself down into today? How may you or I be sure one is the case and the other is not? Waters. They aren’t one or another. They are one. On any shore. In any stream. Or pond, or tumbler, or bucket, or palm. On any berg or icecap. Or the duct of an eye. Water. Changeable water. Still or swift. In tides or torrents. In this colour or that. Of such temperature and such. Falling or gliding, frothing or calm, frozen or molten. Who’s to tell what’s surfing up the coasts in the Caribbean isn’t the same or part of what’s come to drop on leaves of conifers a hemisphere and many latitudes away? I mean don’t get me wrong. Listen. Have a little patience.

Look at water, and how it behaves, the nature of it, and how it may explain to us the ineffable and often unseen ways of beginning and ends. As it flows — and flow it does in many ways — or as it is still, contained by solids or itself solidified by temperatures, waters is always allowing things to happen to itself. It’s evaporating, or melting and flowing down and evaporating, or becoming part of greater parts of itself in ways that the tiniest bit of it becomes impossible to separate from what it has just become part of. Water is seeping down. Water is floating up. And all of that water is on its way to becoming water again. This way or that. One way or another. Water enters us. And water exits us. Over time, it becomes part of the same water it came from. Who’s to tell where it begins, and where it comes to its end?

We are the only we who can be we

Let us tell them we cannot speak