Advertisement
Home / Opinion / 'Post-ban' in the era of post-truth: BJP would have loved it if the Congress had banned Accidental Prime Minister

'Post-ban' in the era of post-truth: BJP would have loved it if the Congress had banned Accidental Prime Minister 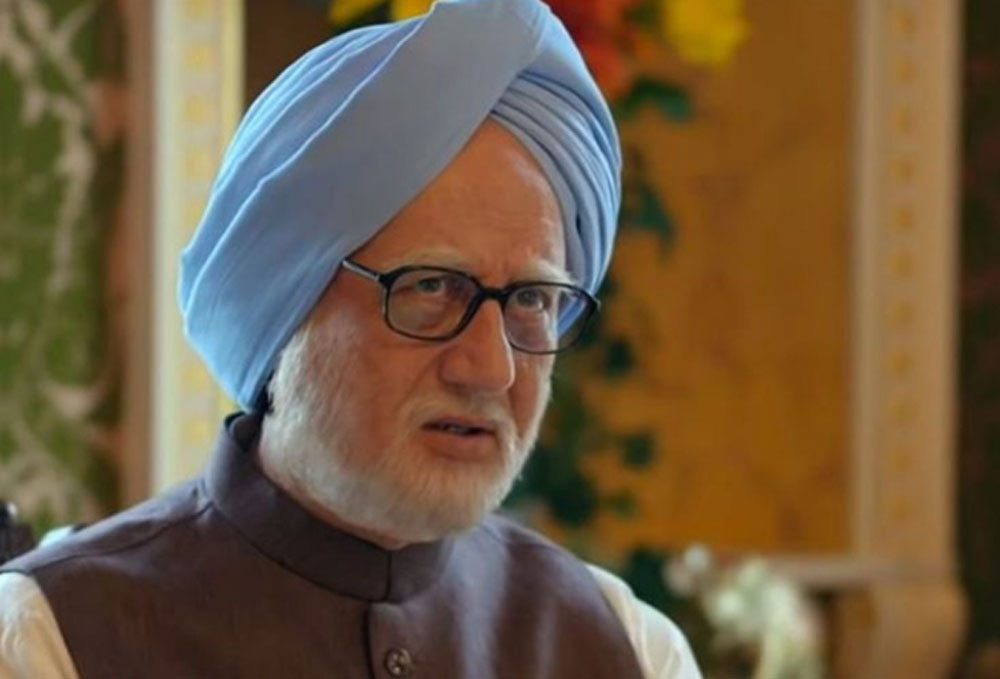 The BJP had hoped that the Congress would be banning the film, The Accidental Prime Minister, especially in Madhya Pradesh, for it depicts Manmohan Singh, Sonia Gandhi and the Gandhi family’s domination of the Congress in a negative light.
A still from the trailer (Youtube)
The Editorial Board   |     |   Published 30.12.18, 06:23 AM

The world knows how sensitive Indian politicians are: they keep banning works of art, entertainment and scholarship that they think can hurt the religious, regional, cultural, moral or national sentiments of a particular group of voters. Or their own, for that matter. Right-wing mobs would ban lovers if they could; they vandalise art exhibitions and film sets — they even burnt a library with irreplaceable texts — and are endorsed by politicians who ban the films, books and artists that excite their ire. It is because of such politicians that freedom of expression is now endangered in India. The Bharatiya Janata Party is the most skilled in identifying tender sentiments as well as in quick bans. And it seems convinced that everybody loves a ban as much as it does. Hence the hopeful tweets of its leaders and anticipatory information to the media that the Congress would be banning the film, The Accidental Prime Minister, especially in Madhya Pradesh, for it depicts Manmohan Singh, Sonia Gandhi and the Gandhi family’s domination of the Congress in a negative light.

The Congress, in line with Rahul Gandhi’s insistence on the freedom of expression, has not only stated that there will be no call for a ban — the chief minister of Madhya Pradesh made this clear — but party leaders have also asked members in the states to refrain from asking for a preview of the film. The BJP would have loved it if the Congress had fallen into the trap; it did its best by spreading the word that the Congress wanted the film banned. In the post-truth era, this would be a ‘post-ban’ strategy: accusations of banning when there is no intention to do so. The BJP can then say that the Congress is guilty of the same attack on freedom of which critics accuse the BJP and, with greater elation, point out that Mr Gandhi does not practise what he preaches. By making it look as though the Congress is wielding the BJP’s quick-fix tool of repression, the BJP has underlined the advantages of a technologically enriched post-truth culture.

Even the Shiv Sena, once the BJP’s soulmate, is not keen on bans, it seems. Sanjay Raut, a Rajya Sabha member from the party, has said that nobody can ban the film on Balasaheb Thackeray scheduled for release on January 25. The statement was made in response to the Central Board of Film Certification’s directive to make three cuts in the film of sequences and language it considered hurtful to the sentiments of particular groups. Mr Raut believes that the uncut film presents Thackeray as he really was, together with his entire vision. Incitement, it may be recalled, was a part of Thackeray’s political vision. Mr Raut’s reasoning is impeccable; the timing of the film interesting.

Thackeray's prescription for Thackeray, The Film