Poetry as medicine for a sick nation 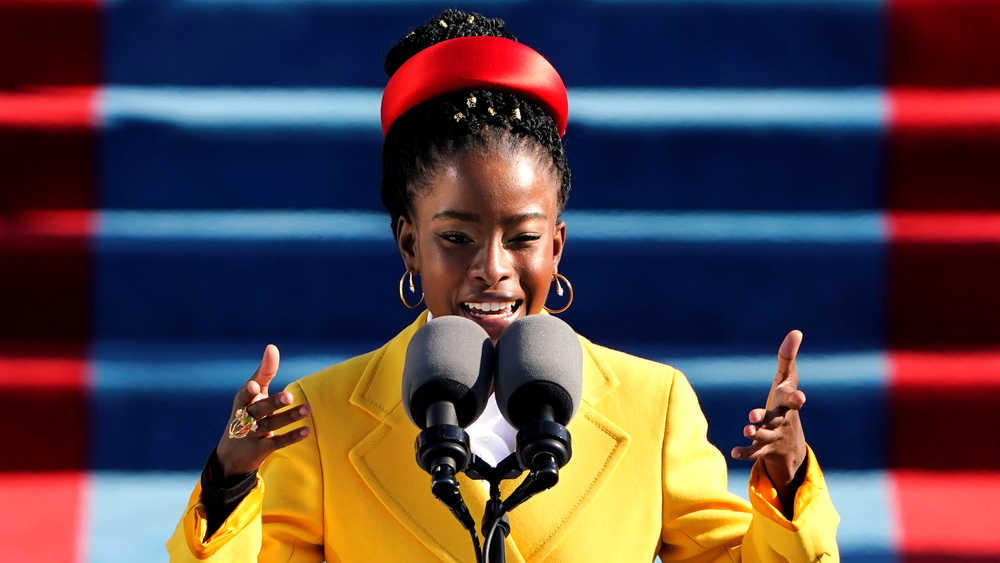 One line you didn’t hear in Joe Biden’s big-hearted inaugural address was one of his favourite bits of Irish verse — a yearning for the rarest of convergences, when “hope and history rhyme”, by the Irish Nobel laureate, Seamus Heaney.

Throughout the monumental tragedies of his life — the loss of a wife and baby daughter in an auto accident, the death of a son to brain cancer, and his time in the cellar of political despair after two unsuccessful presidential campaigns — Biden has returned to the healing power of Irish poetry.

On Tuesday, as he gave a tearful goodbye to Delaware by quoting James Joyce, Biden said his colleagues in the Senate used to kid him for always citing Irish poets. “They thought I did it because I’m Irish,” he said. “I did it because they’re the best poets in the world.”

He may have to revise that assessment after listening to the uncommonly wise Amanda Gorman, who followed in the footsteps of Robert Frost and Maya Angelou at the inaugural podium. Her poem, “The Hill We Climb”, was medicine for a sick nation.

As he took the oath in front of a Capitol that only days before was under the siege of a mob of the misinformed, in a country deadened by a pandemic, the oldest man ever elected president should remember that in the home of his ancestors, poetry is the language of politics.

Biden is known for his empathy, his lingering at the rope line to hear one last story of a life taken too early, his tendency to tear up when recalling a loved one who’s died. But he also has something that leaders from Nelson Mandela to Abraham Lincoln had — a belief in the power of why not? That’s the province of poets, not policy wonks.

Heaney was thinking of Mandela, newly released from prison as apartheid crumbled in South Africa, and the centuries-old hatreds clinging to Northern Ireland, when he wrote “The Cure at Troy,” and the stanza oft-quoted by Biden: “History says, Don’t hope/ On this side of the grave./ But then, once in a lifetime/ The longed-for tidal wave/ Of justice can rise up,/ And hope and history rhyme.”

Biden is aiming big, with a $1.9 trillion rescue package. He plans $1,400 cheques for most Americans, subsidies for childcare, and aid for renters facing eviction. He has submitted a plan to offer 11 million undocumented immigrants living in the United States of America a path to citizenship.

The new president wants to raise taxes on corporations, strengthen labour unions, expand Obamacare with a public option, stall the existential threat of climate change and spend $2 trillion on energy and infrastructure. On Day 1, he rejoined the community of nations that have agreed to the Paris climate accord. He envisions a Rooseveltian campaign to get 100 million Covid vaccine shots into the arms of Americans in his first 100 days. There will be ramped-up testing, contact tracing and mobilization of at least 100,000 people to conquer the virus.

It’s a full plate, with long odds. For starters, how does a president who sees the essential goodness in everyone deal with a party whose base doesn’t even believe in the legitimacy of his presidency? How does he bring the conspiracy theorists back to planet earth and cool the tribal passions that fuelled the insurrection on January 6?

If Biden and the Congress succeed at the big ideas, and not just the reversal of wrongful executive orders or unpopular legislation, he will be fondly remembered, even if he serves only one term. What’s more, he may even be able to bring enough fresh air into our toxic political atmosphere to realign things. If he fails, well, I’m sorry to remind you that most Irish poetry is rooted in despair, in a country whose currency for centuries was misery. Still, in Ireland, poets have moved the masses to uprisings and greatness — most notably, the Easter 1916 rebellion that eventually helped lead to a free Ireland.

Thus, on Wednesday, the first message from the Irish president, Michael D. Higgins, to Biden contained a quotation from the poet, John O’Donohue — “Unfurl yourself into the grace of beginning”.

In his struggle to overcome his stutter, Biden famously recited the poems of William Butler Yeats in front of a mirror. He has used Heaney’s aspirational lines again and again — in a viral campaign video, in his acceptance speech last summer at the Democratic National Convention, and at a 2013 meeting on the US-Korea relationship in Seoul.

There were flashes of words that could stand as poetry in Biden’s inaugural address. He lamented the “[l]ies told for power and for profit”, and said, “Politics [doesn’t have to] be a raging fire...” The most memorable line was a simple one, that “[w]e must end this uncivil war” that pits Americans against one another.

If he’s lucky, a commodity oversubscribed to the Irish, Biden will catch a “longed-for tidal wave” that could usher an age when poetry is not without power.