Popular culture perpetuating a myth that is soaked in poison 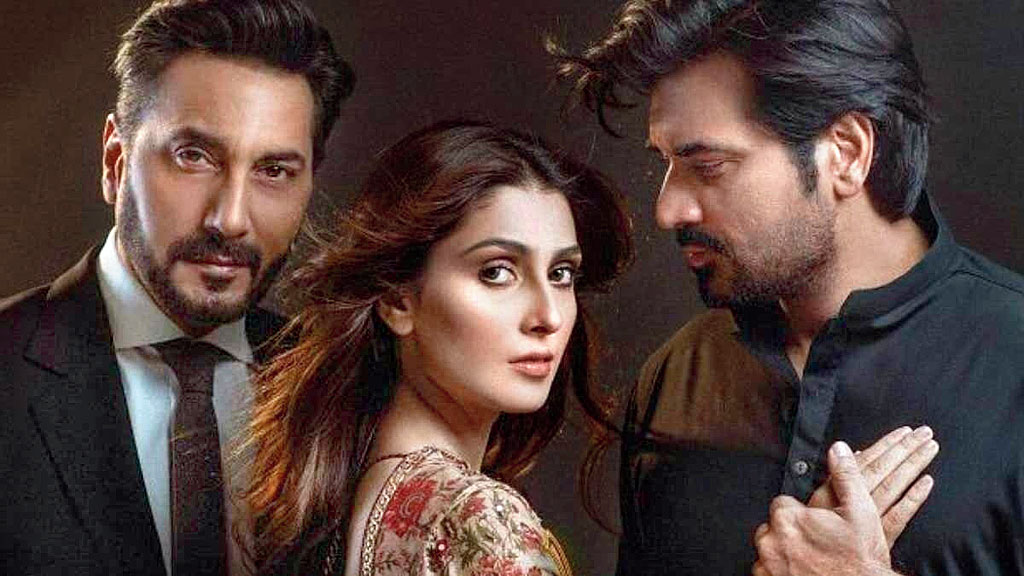 Pakistan ranks 151 out of 153 countries on the Global Gender Gap Report 2020 published by the World Economic Forum in December. Only two other countries are below Pakistan — Iraq and Yemen. This isn’t surprising. Given the prevalent misogyny in our society and the extreme patriarchy, it will take decades for Pakistan to move towards gender equality.

Television serials in Pakistan perpetuate stereotypes about women. They depict ‘good’ women as those who get married at an early age (these are, of course, arranged marriages and not love marriages), suffer silently through bad marriages, don’t say a word when their husbands beat them up, take back their cheating husbands, don’t step out of the house alone, patiently bear abusive and abrasive in-laws, give up their careers to take care of their children and so on. I am sure you get the gist. The ‘bad’ woman is independent, career-oriented, ambitious, wears Western clothes (oh and they have to be really tight to make a point about how bad she is), smokes, parties, has a job, doesn’t give up her career for her husband, drives a car or travels alone, and so on and so forth. So, in a nutshell, a working woman is mostly bad unless she has to work to make ends meet and doesn’t really enjoy working.

One of the most popular Pakistani drama serials in recent years is Meray Paas Tum Ho. Its finale aired on January 25. Cinemas screened its last episode and as per reports, it made over Rs 1.5 million in advance sales (these figures were reported earlier). Without going into the details and giving spoilers, the story is about a woman who has an extramarital affair and then leaves her husband and child for the man she thinks can provide her with a better life. She is called, “Do takay ki aurat (a woman worth 2 takas)” by her soon-to-be-ex-husband in front of her lover. Now this is not just sexist but also downright discriminatory. Taka is the currency of Bangladesh, and it is actually stronger than the Pakistani rupee at the moment. So a woman who decides to leave her husband she doesn’t like anymore for a man she is attracted to is not worth anything because she made a choice. Essentially, this line of thought means that a woman does not have the right to choose. Everything must be chosen for her as she has no mind of her own.

I remember another serial, Laut Ke Chalay Aana, where the hero remarries and brings his second wife to live in the same house as his first wife and children. The first wife is demonized for being boring and the second wife is shown as a modern and young woman who charms the hero as he is having a midlife crisis. Both women are portrayed negatively. The man isn’t chided for his choices but his two wives are blamed for everything that went wrong in his life.

No wonder then that our society blames women for everything under the sun. If a woman is raped, it’s her fault — she didn’t dress properly; she was out at night; she was alone; she must have done something to provoke the rapist and so on. Sick, yes... but this is what happens to victims in our part of the world. Dua Mangi, a 20-year-old law student, was kidnapped from Karachi last year in November. Initially it was not clear who was behind her kidnapping but it turned out to be a case of kidnapping for ransom. Mangi returned home safely after a week but the kind of filth we saw online against her while she was missing was horrible, to say the least. From raising questions about her Facebook display picture to why she was out with a male friend that night to other terribly disgusting things I would not want to repeat here, one could only wonder what was her fault besides her gender.

Women journalists, especially those who come on television or are vocal on social media, are often the targets of vile abuse. The results of a report by Media Matters for Democracy on online violence against women journalists showed that 105 out of 110 women believe online violence impacts the mental health of female journalists. Many of them resort to self-censoring their views online so as to avoid abuse. It takes a toll on your mental health, on your work, on your life. A lot of us say we ignore such online trolls, which we do, but we cannot escape the impact they have on our mind. From being called the mistress of politicians to other abuses, our gender is used against us — to make us feel small. We are not small; those who troll us are petty. We are not inferior to men. We are not anyone’s property. Our bodies are ours alone. We have minds of our own and we can think. This is the 21st century and, yet, we have to repeat these things and ask for our basic rights because we are women. It is sad to see that many in our media and entertainment industry portray women the way they do but let’s challenge these myths and stereotypes at every step and call misogyny out. We are women, we are humans, we are your equal.

The price of freedom