Nirmala Sitharaman's dietary preferences do not matter, but onion prices do

The question is, could she give satisfactory replies to questions about onion prices and their control in Parliament? 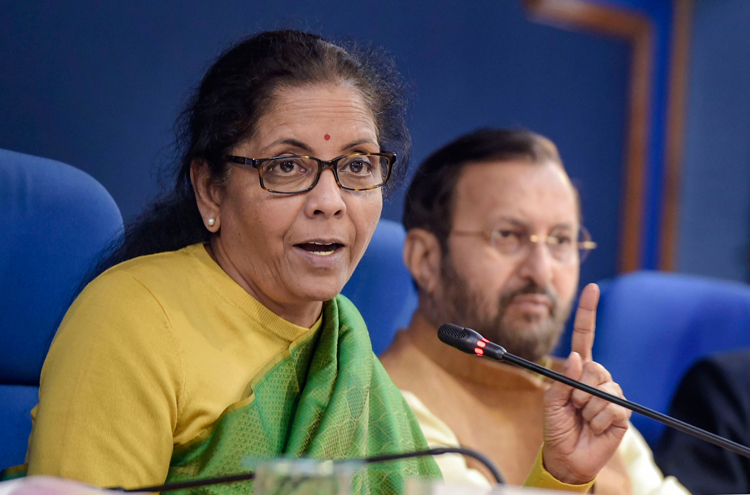 India is excited. Its humble people have been allowed a peek into the hallowed kitchen of no less a personage than the country’s finance minister. Not physically of course; unwashed masses seething with naïve curiosity on the threshold of such an exclusive chamber would be the stuff of blue-blooded nightmares. Just a metaphorical peek: Nirmala Sitharaman reportedly mentioned during a debate on the price of onions in Parliament that she does not eat a lot of onions and garlic. In case her listeners thought this was a personal eccentricity, she explained that she comes from a family which does not care about onion and garlic. Although logic may not be expected of a Union minister during a debate in Parliament, Ms Sitharaman foxed her most devoted followers by introducing garlic into the discourse. People are not exercised over garlic — at least, not yet. But onion is a staple ingredient in many kinds of cuisine throughout the country, needed in the simplest and the most homely recipes, or in numerous traditional dishes, many of which do not require garlic. When onion prices reach Rs 150, it affects everybody, but most of all those whose diets are already shrinking because many vegetables and 1724496, too, are slipping out of their reach.

Perhaps the finance minister’s culinary and gustatory experiences are more limited than that of most Indians. But the determined insertion of her onion-and-garlic-indifferent family into the parliamentary debate puts paid to the possibility of such innocence. The family and cuisine combination is as telling as the onion and garlic one. Pride in family is no bad thing, but declared in the precincts of Parliament in the face of anxious queries about the onion price rise’ with the people’s distress in the background, such pride is closer to arrogance. The arrogance of being in a position, by virtue of both family and office, that is untouched by public miseries. And also the arrogance of an imagined purity, an attitude that Ms Sitharaman shares with her colleagues in the Bharatiya Janata Party, born of regressive beliefs in caste and faith hierarchies that condemn certain foodstuffs as untouchable.

The remark was, to say the least, foolish. Arrogance often is. The beliefs underlying the arrogance slipped out in the reference to garlic: it is more than possible that the finance minister was thinking of particular types of cuisine when she mentioned onion and garlic together. She is, after all, finance minister of a party which is fixated on creating a homogeneous culture. But single-minded prejudice is not the best basis for governance. Onion prices matter to rather more people than Ms Sitharaman, her family and even her party put together. The question is, could Ms Sitharaman give satisfactory replies instead of practised evasions to the questions put to her about onion prices and their control in Parliament? Her family’s preferences do not matter; onion prices do. And not just to one segment of Indian citizens.

#BoycottMillennials: Many memes for Nirmala