Even after Moody's downgrading, he blithely insists that getting back to growth is not too difficult 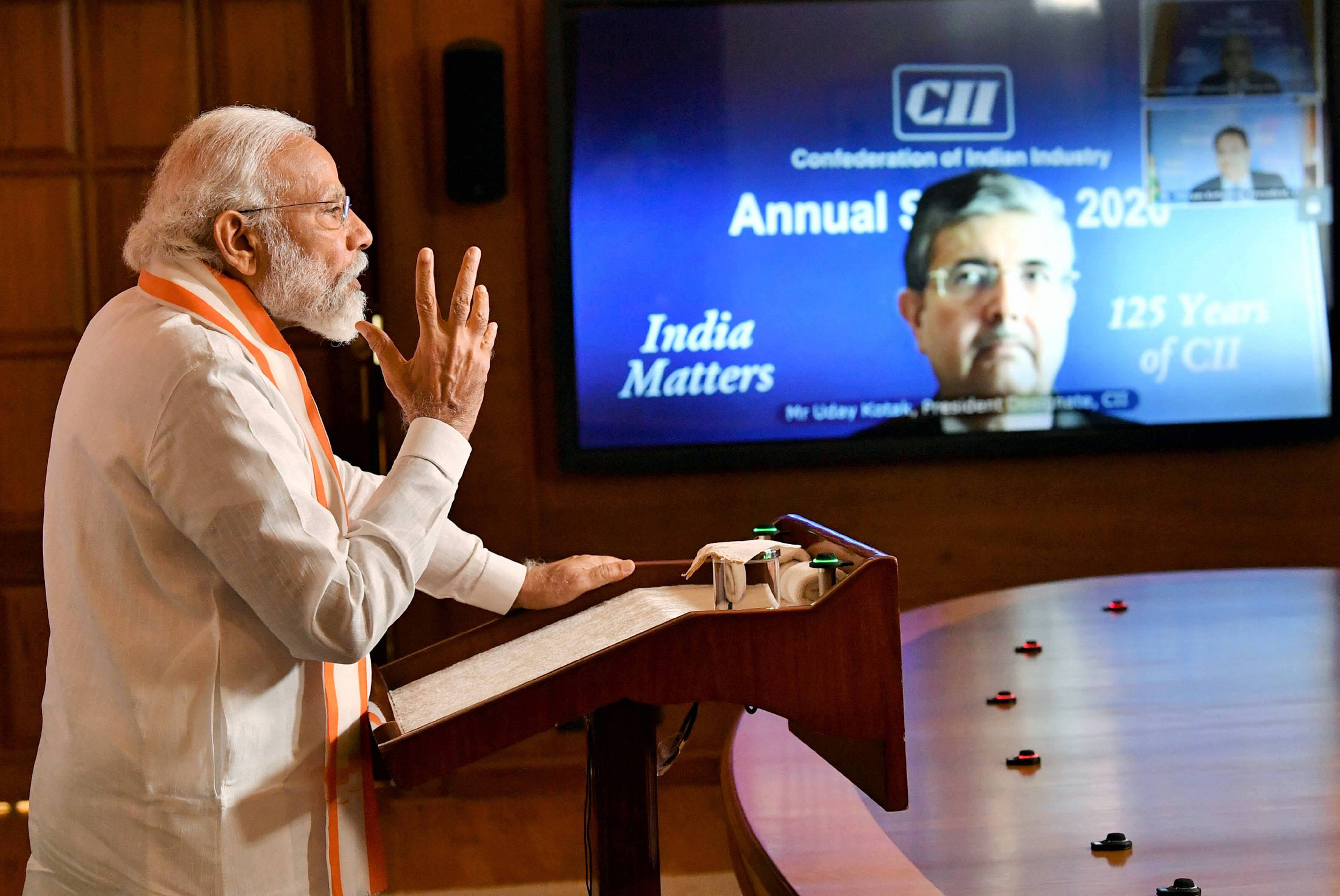 The burlesque is designed to cause mirth through a well-intentioned attempt to appear ridiculous when confronting something serious. The prime minister, Narendra Modi, seems to have revivified the spirit of this dying art form with his absurd theatrics while trying to smooth-talk his way out of a gargantuan economic mess and a humanitarian tragedy wrought by the coronavirus pandemic. Mr Modi’s Micawberish comments on growth have started to grate at a time when economic data point to a train wreck that is waiting to happen. For close to two weeks, the country has been forced to sit through a sickening charade with no one in the government ready to admit that the economy is going through a wringer and that people’s lives and livelihoods might never return to a pre-Covid-19 normal.

The National Statistics Office first reported on May 29 that India’s economic growth had tumbled to a 12-year low of 4.2 per cent in 2019-20. The Reserve Bank of India’s governor, Shaktikanta Das, has already projected a contraction this fiscal but stopped short of putting out a figure. Several forecasts have talked about an economy shrinking by almost 25 per cent in the first quarter (April-June) as a result of the brutal lockdown and have forecast a contraction of up to 5 per cent in the year ending March 2021. Moody’s Investors Service, the global credit rating agency, has piled on the misery by downgrading the sovereign credit ratings to Baa3 — the lowest rung in its investment grade rating scale. Yet, Mr Modi blithely insists that getting back to growth is not too difficult.

Industrialists listening to Mr Modi’s address at the annual session of the Confederation of Indian Industry must now be left wondering what silly caper the prime minister will try to pull off next. The Rs 20.97 lakh crore stimulus package that the finance minister, Nirmala Sitharaman, unveiled has already been exposed as a financial chicanery designed to smother truths with big numbers and even bigger promises. The micro, small and medium enterprises and businesses, which have been struggling to stay afloat, have been promised loans, freedom from prosecution in bankruptcy courts for defaults, and an equity infusion of Rs 500 billion through a so-called Fund of Funds that will steer them towards listing on the country’s stock markets. The Bombay Stock Exchange, which has 4,722 companies listed on the bourse, does not need to be saddled with any more punt plays for rogue traders. The playbook for reforms that Mr Modi has prepared is as loaded with contradictions. Mr Modi wants foreign investors to come in; but he will hem them in with a fistful of regulations as he has done to Amazon and Walmart. He will offer farmers a few crumbs but rip up their turf by permitting corporates to start contract farming and grab control of agri-supply chains. Mr Modi aims to create a new autarky. But at what cost?