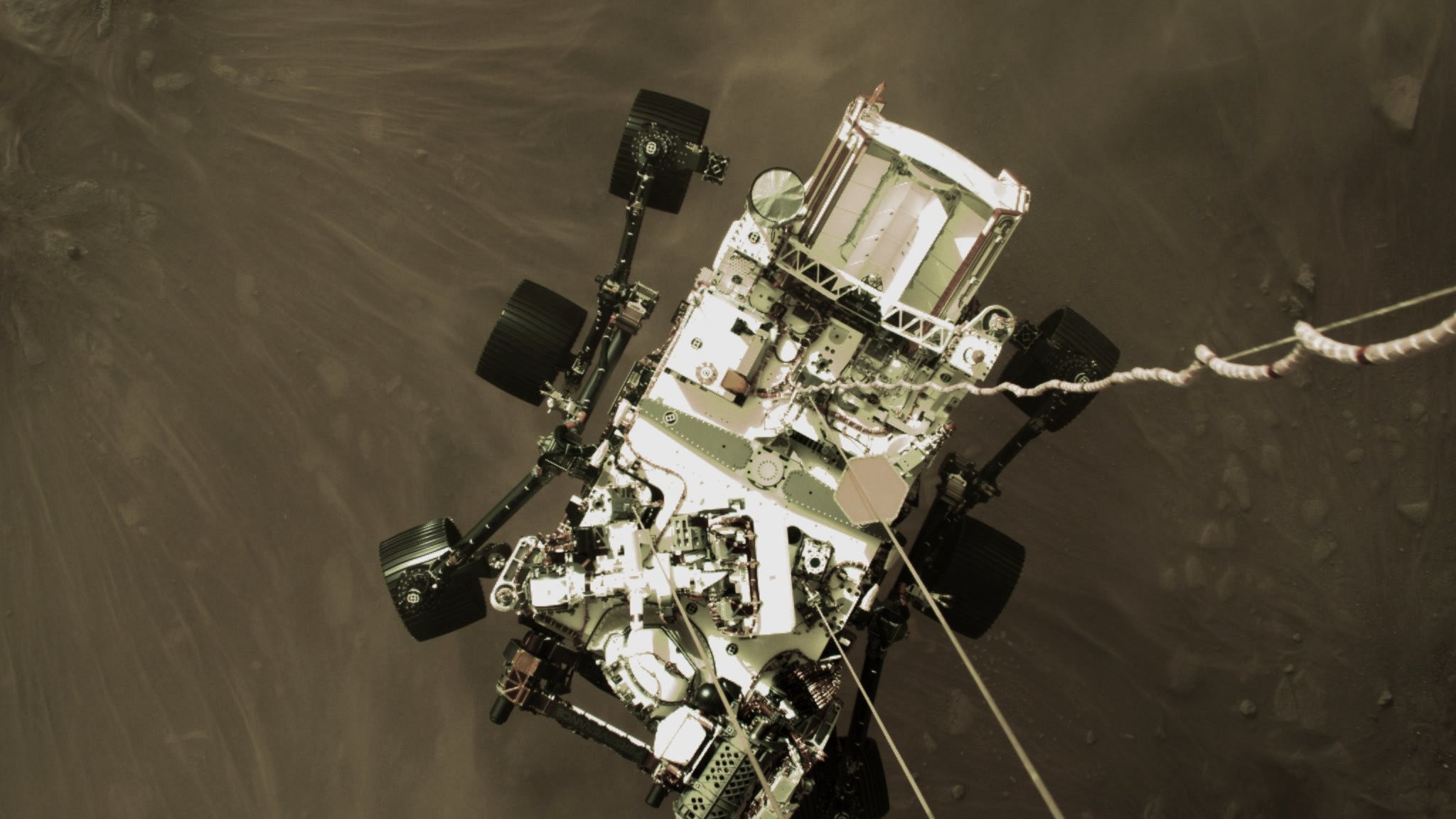 Sir — Only time and ‘Perseverance’ — the Mars rover — can answer if there is life on Mars. It is hard to imagine the effect on the human imagination if we learn that life has not only existed on our planet, but also elsewhere. But what can be said without any doubt is that if life did exist, it met the same arid end that human beings soon will if they continue to disregard the warnings of scientists regarding climate change. Increasing heat, a thinning atmosphere, rapidly evaporating water can turn Earth into the same dry wasteland that is the red planet at present.

Sir — Ramachandra Guha should be lauded for the bold article, “Colossal figure” (Feb 27). The introductory paragraphs were not only enlightening for us but they also offered interesting and alarming parallels a hundred years apart. I would have to differ with Guha only on one point — how can “Modiabad” see the light of day, given the supreme allergy of the saffron ecosystem towards the Persian suffix, abad? After all, who can forget that Allahabad has already been consigned to the dustbin of history and Faizabad has been sanitized of its Islamic nomenclature. The day is not far when Ahmedabad, Aurangabad and Hyderabad will be renamed owing to the antipathy of the Hindutva elements towards the last four letters of these names. Is not purging Islamic history from all Indian towns and cities the foremost agenda in the nationalist programme of undoing 1,200 years of slavery? “Modiabad” is thus not an option. “Narendra Mahanagar” is much safer.

Sir — The environment activist, Subhas Datta, deserves immense praise for his wake-up call to the electorate as well as those seeking votes about environmental issues in the run up to the West Bengal assembly elections (“Green activists urge parties to focus on environment”, Feb 27). With political parties focusing on selfish, short-term interests, the environment has been conveniently forgotten. Among the burning environmental issues plaguing Bengal, Datta has identified worsening air pollution, shoddy waste management and the damage being inflicted on the fragile ecology of the Sunderbans as some of the areas of concern. Yet, political leaders seem blissfully unaware of these issues at their election rallies.

The phasing out of commercial vehicles older than 15 years as directed by the Calcutta High Court, the introduction of clear fuel like CNG for public transport or the banning single-use plastic find no mention in their election speeches. The public in general, too, is oblivious to the fact that seven cities in Bengal — Calcutta, Howrah, Barrackpore, Durgapur, Asansol, Raniganj and Haldia — have been classified as non-attainment areas — places considered to have air quality worse than the national ambient air quality — by the Central Pollution Control Board.

Datta also spoke about the large-scale destruction of mangroves, which act as natural barriers to devastating storms like Amphan, leaving villagers in the Sunderbans vulnerable to cyclones. This results in saline water from the sea flowing further upstream and destroying acres of agricultural lands, depriving the villagers of their livelihood and threatening the ecology of the Hooghly river. These questions of life and death are not being brought up by the political leaders while campaigning for votes. Unfortunately, this is true of parties across the political spectrum that rely on populism and are afraid to take difficult decisions.

Sir — It was encouraging to read that environmental activists are urging political parties to spell out how they will tackle the ever increasing environmental problems in their election manifestos. The activist, Subhas Datta, rightly states that while political parties are vocal on solving the farmers’ problems or the rising oil prices, on issues like an action plan for clean air or deforestation in the Sunderbans, they have nothing to say. Political parties should include issues pertaining to the environment in their election manifestos for the forthcoming assembly elections. But most politicians have neither a clue about ecological issues nor a clear stand on natural resources and their equitable distribution. They should bring aboard environmental activists to consult on what ails our cities and the state and clearly state their agenda going forward.