Advertisement
Home / Opinion / So drop on us the fires like stars

Looking will do nothing but confirm to us what we already know: it’s coming 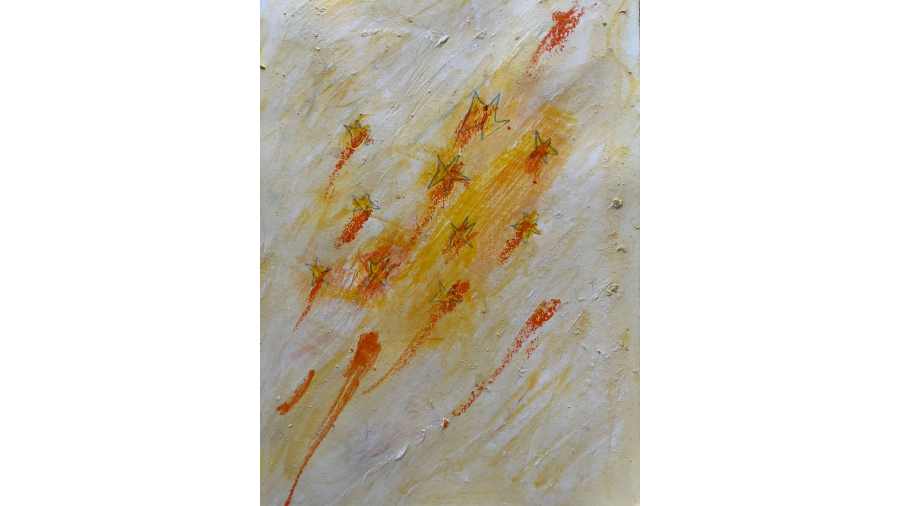 We shall no longer look, partly because we cannot any more, partly because we shan’t. We can’t help it, we shan’t see them through. All the way upon us. Inexorable, as the journey from being born to dying, non-stop, forever intent, forever of velocity, forever towards ends. We know. We shan’t look, looking won’t stop a thing, looking will do nothing but confirm to us what we already know: it’s coming.

The Bombardment, also a motion picture. New fiction arranged among aged facts. A boy sent off from the country to the big city, full of tall buildings leaning into each other. Sent there because you could see less sky. The sky he could no longer look at, and where he was there was too much sky. Too much sky is where it came from — ripping the gangly stalks of flowers, blowing away glass and steel, burning lipstick and kisses, setting fire to smiles and shyness, snapping journeys like scissors running through the lifeline on your palm. Cutting your throat so the voice in it is cauterised and you are no longer able to utter a sound, much less a syllable. And even less, a word or a sentence or language.

All of those things are still with you, in your head and your heart, but you are able to do nothing about it, or just a little, because all of it is trapped and suffocated and it can only demonstrate its desperation to get out. That desperation comes out in shivers and in jerks, and in stony-marbly things that fear makes of your pupils.

And so it is that your eyes can look at the skies no more because they have seen what came from the skies the last time. You need less sky, or no sky. You need a big city with buildings covering the sky, like cloth covers a tabletop. And you need bunkers under those buildings to afford you no sky at all, so even when things come to fall they do not on you fall. But often it does, a death device with a blazing piece of sky attached to it, such that it can make rubble of stone and mortar and turn steel to trickling tears.

And just the other day, not far, but on this earth and not far at all, the truth of bombardment. No fiction. No film. Just The Bombardment. From too much sky, so much sky that it showed up so much earth and the clear caution scribbled across it.

Deti, that’s what in Cyrillic

Even so and even then

Blown, that’s what is horrific.