The courts in a changing world 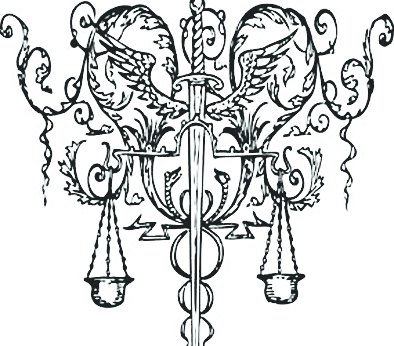 Here, in full, is a recent news item in a New Delhi newspaper: "When former Chief Justice of India and current Kerala Governor P. Sathasivam came to Delhi to attend the wedding reception of B[haratiya] J[anata] P[arty] chief Amit Shah, he also reached out to various government functionaries to explore the possibility of a Delhi posting - either as L[ieutenant] G[overnor] or N[ational] H[uman] R[ights] C[ommission] chairperson. While there is lot of speculation that the government could bring in a new face as Delhi LG, the top post in NHRC will fall vacant in May when incumbent Justice K.G.Balakrishnan demits office. It remains to be seen if the powers-that-be will oblige the Kerala Governor."

Reporters are not supposed to editorialize; still, it is remarkable how matter-of-fact this news item was. A governor is a high constitutional post; governors are supposed to act with scrupulous impartiality, and keep their distance (personal and institutional) from politicians. But here was a governor attending the wedding reception of the son of the president of the ruling party, flying all the way from Thiruvananthapuram to Delhi to do so. This in itself was odd; odder still was the motive attributed to the trip, which was to find a way of getting himself transferred to the capital. This too was reported in a bland, neutral, tone, as if it was an utterly normal thing to do.

Before the two men met at the wedding, P. Sathasivam and Amit Shah had known of each other professionally. In 2012 and 2013, Justice Sathasivam was part of a Supreme Court bench that dealt with the encounter killing of a certain Tulsiram Prajapati. Amit Shah was one of the accused in the case. The court cleared Shah of the charges. Soon after Justice Sathasivam retired, he was appointed governor of Kerala. Since the BJP was now in power at the Centre, some saw this as a quid pro quo for his having cleared Amit Shah in a criminal case. The Justice denied this, pointing out (in an interview to The Hindu) that there was little prospect of Amit Shah becoming the party president of the BJP when the case was being heard.

Whatever the reasons for his appointment, the fact remains that P. Sathasivam was the first retired chief justice in the history of independent India to be appointed a governor. When the appointment was announced last September, at least two former chief justices went on record criticizing it. Since the judiciary needs at all times to be insulated from political pressure, this was seen as an unhealthy precedent. Speaking to the Indian Express, the distinguished jurist, Fali Nariman, called the appointment "most improper and unfortunate". He went on to say that "judges seeking jobs or a seat in Parliament... gravely affects the concept of independence of the judiciary, proudly and repeatedly proclaimed - alas only by sitting Judges of the Supreme Court - as a basic feature of the Constitution".

There are many lawyers in the Union government, none more learned or professionally competent than Arun Jaitley. So far as one can tell, Jaitley did not comment in public on Justice Sathasivam's appointment as governor. However, in 2012, when he was in the Opposition, Jaitley had himself expressed the fear that as they reached closer to retirement, justices and chief justices would give judgments favourable to powerful politicians, hoping for a post-retirement sinecure. The man who is now finance minister - and was then leader of the Opposition in the Rajya Sabha - had sarcastically commented that there were "two kinds of judges - those who know the law and those who know the law minister".

In this, as in so many other matters, the BJP was merely following the path that the Congress had tread before them. The first government to seek to make judges subservient to them was that led by Indira Gandhi. Her key advisers, such as P.N. Haksar, Mohan Kumaramangalam, and H.R. Gokhale, vigorously pursued the idea of a "committed judiciary". They actively interfered in judicial appointments, most famously - or notoriously - by superseding several outstanding judges to make A.N. Ray chief justice of India in 1973. The cultivation of favoured judges in the early 1970s resulted in the Supreme Court - with the honourable exception of H.R. Khanna - going along with the unconstitutional centralization of power during the Emergency.

A more recent example of the Congress's politicization of the judiciary is the case of Ranganath Mishra. After the anti-Sikh riots of 1984, Mishra - then a justice of the Supreme Court - was appointed head of a government commission to probe the anti-Sikh pogrom of 1984. While he indicted the police and the administration in his report, Justice Mishra surprisingly exonerated the Congress, although witnesses had testified that Congress MPs and even one minister had been seen instructing or directing the rioters. After retiring from the Supreme Court, Justice Mishra was appointed chairman of the NHRC by a Congress government; still later, he was chosen by the Congress to represent it in the Rajya Sabha from the state of Odisha.

The tendency among some Supreme Court judges to cultivate close ties with politicians is disturbing. So too is the growing - but, by its very nature, anecdotal - evidence of financial corruption. In 2010, Shanti Bhushan - a jurist as experienced and respected as Fali Nariman - stated in an affidavit that in his view as many as eight out of the last 16 chief justices of the Supreme Court had been corrupt. Bhushan went so far as to submit their names in a sealed envelope to the court.

Visiting Delhi at the time, I found my lawyer friends animatedly discussing the contents of the still unopened envelope. They laid great store by its credibility, since Shanti Bhushan had practiced in the Court for five decades, and was known to be a man of integrity himself. My friends had themselves appeared under some certifiably incorruptible chief justices - such as Justices M.N. Venkatachalliah, J.S. Verma, and S.P. Bharucha. At the same time, they had doubts about other chief justices - let's call them Justices X, Y and Z. Of the 16 chief justices in Shanti Bhushan's list they could, on the basis of their own experience, identify four that fell on one side and another four that fell on the other. It was the other eight names about which they were not sure, and wished to be enlightened about. Alas, the envelope remains unopened to this day.

It has long been known that corruption is rampant in the lower judiciary. The contagion then began slowly creeping into the high courts, and now, it seems, into the Supreme Court as well. This is extremely worrying, for while middle-class Indians have long been cynical about their politicians, and less than optimistic about their civil servants, they yet retain high hopes of the judiciary. Hence, the surge in public interest litigations, where citizens appeal to the high courts or Supreme Court to save them from the arbitrary or predatory actions of the State.

A third area of concern is the lack of expertise of Supreme Court judges with regard to many of the cases they deal with. We live in an increasingly complex, fast-changing world. New technologies have consequences intended and unintended. Modern ideas of gender justice challenge entrenched orthodoxies. Science is revolutionizing our understanding of the genetic bases of plants, animals and humans.

Do our Supreme Court judges have the intellectual equipment to deal with these challenges? Not always. A case in point is the judgment of Justice G. S. Singhvi retaining Section 377 of the Indian Penal Code, which displayed a profound ignorance of the world in which the judge lived. Just because he had not met any gay people himself, Justice Singhvi believed that homosexuality was both immoral and unnatural. His judgment was delivered on the basis of his own patriarchal and conservative background, with complete disregard for the scientific and social-scientific literature on the subject.

The Singhvi judgment was a deadly combination of ignorance and bias. In other cases, such as those involving intellectual property or ecological sustainability, it is more often ignorance alone. Although the court can call upon the advice of experts, it rarely does so. For by custom and convention, a Supreme Court judge is encouraged to look upon himself as omniscient, as so learned that he need not learn any more. To be sure, there remain some outstanding judges in the Supreme Court - upright, fearless and willing to expand their knowledge. But these exceptions notwithstanding, we cannot be too sanguine about the present and future of the apex court. Apart from the problems already identified, the dispensation of justice is ill-served by the excessive burden of cases that judges have to deal with. More dangerous still are recent changes in the system of selection, which give the government far more powers than it previously had in the appointment of high court and Supreme Court judges. Overworked, politically pliable, sometimes under-informed and occasionally corrupt, such is the state of the highest judiciary in the land.