Advertisement
Home / Opinion / India's strategic challenges in the near future will be naval, not continental

India's strategic challenges in the near future will be naval, not continental 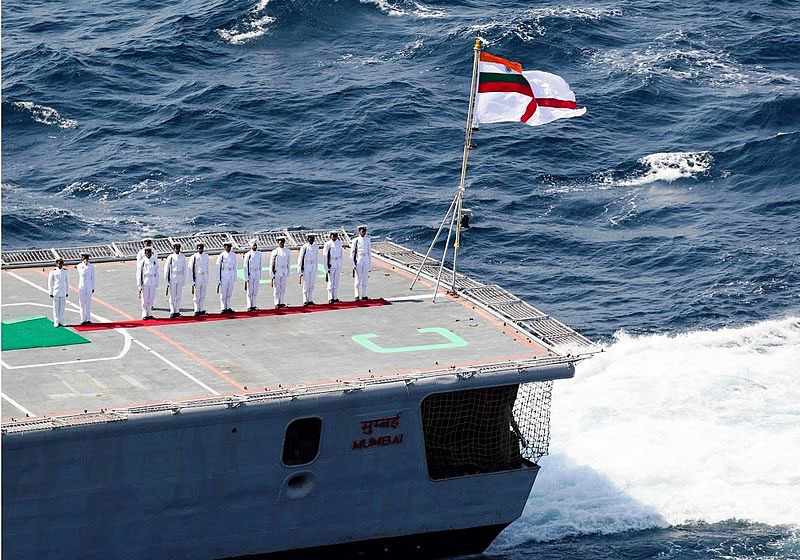 INS Mumbai during the Indian Navy's International Fleet Review, 2016. Traditionally, the Indian navy has been the neglected branch of the armed forces. An evaluation of the naval budget pie would reveal declining trends.
(Wikimedia Commons)
Rohan Choudhary   |   Published 25.06.19, 12:11 PM

The 2019 general elections have been won by Narendra Modi but in a different strategic context. In 2014, Modi’s campaign relied primarily on domestic issues. But in 2019, Modi won the battle by emphasizing on national security. The broader strategic challenges India is likely to face in the near future would be maritime and not continental. This needs consideration.

China’s naval modernization and the emergence of a coalition in maritime countries like Japan, Australia, the United States of America and India under the umbrella of the Indo-Pacific show that conflict and competition in Asia are turning towards the sea. How India responds to these shifts and challenges will be significant not only for the Indian navy but also for India as it claims to be a stakeholder in Asia.

Enhancing maritime consciousness is an important challenge in this respect. The maritime issue in India has been neglected since Independence on account of two factors: excessive concentration on continental threats emanating from the north and northwestern frontiers; the distance between maritime boundaries and New Delhi. China’s naval modernization in the Indian Ocean, the US’s ‘pivot to Asia’, along with India’s ‘Look East’ and ‘Act East’ policies have stoked maritime consciousness in India’s strategic thought.

Traditionally, the Indian navy has been the neglected branch of the armed forces. An evaluation of the naval budget pie would reveal declining trends. This in spite of the fact that the Standing Committee on Defence (2017-18) categorically mentions that the challenges in the maritime domain require a capable and modern navy and that this would necessitate the infusion of adequate funds. At present, 90 per cent of India’s trade by volume and 77 per cent by value are seaborne. Furthermore, China’s dependence on seaborne trade and imported energy and its strategic vulnerability in the Strait of Malacca are likely to raise India’s concern. The improvement of maritime infrastructure for both operational capability and security of sea lanes is one of the biggest challenges confronting the new government.

What is India’s maritime doctrine? The much debated Indian Maritime Doctrine 2009 highlights three components: the conceptual framework for understanding role and scope; application of military power; buttressing the formulation of military strategy. A number of developments have taken place since the publication of the document, especially the emergence of the Chinese naval doctrine that prioritized the strategies of anti-access (A2) and area-denial (AD). The doctrine apparently aims to deter US intervention in Taiwan; but its applicability in the Indian Ocean region cannot be ruled out. The principal concern for India is its navy’s ability to counter China’s A2AD. These challenges are changing the nature of naval competition and warfare. To address this rapidly changing security environment, the government must accord to the navy the strategic importance that is necessary.

One option could be the introduction of the Indian version of A2AD. China is confronted with its ‘Malacca dilemma’. Beijing’s intensive use of the Malacca and Lombok/Makassar straits in Southeast Asia is the source of this concern. India can apply this counter A2AD doctrine to deter China in the Indian Ocean. A second approach would be to converge India’s maritime interests vis-à-vis the US. The technologically advanced US navy could strengthen India’s maritime doctrine. However, the viability of the doctrine would depend on the government’s ability to kindle maritime consciousness in foreign policy and build on India’s maritime infrastructure.

It is imperative that the Indian government comes up with a substantial naval doctrine based on changing geopolitical realities in maritime Asia. Hopefully the Narendra Modi government will be able to deal with the choppy waters.

Why our perspective on global geopolitics needs a sea change