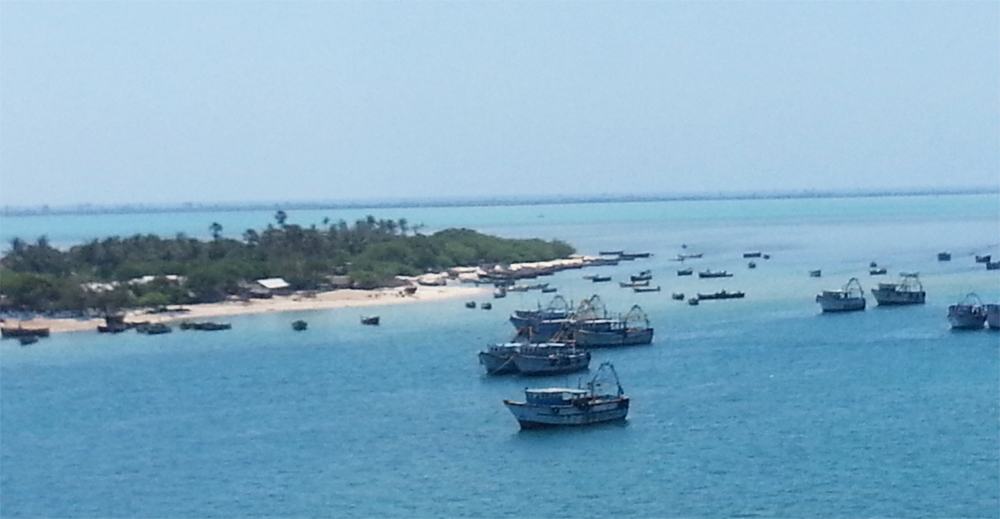 The Bay of Bengal and, beyond it, the wider eastern Indian Ocean region merging with the Pacific is a geography packed with geopolitical rivalries as new and rising powers rub against older histories and conflicts.
(Wikimedia Commons)
T.C.A. Raghavan   |   Published 19.06.19, 03:52 AM

The Indian Ocean has the character it does only because of the Indian subcontinent as a whole — jutting out, to quote the great Indian historian and diplomat, K.M. Panikkar, “far into the sea for a thousand miles to its tapering end... It is the geographical position of India that changes the character of the Indian Ocean.” It is this geographical position that enables India East and India West to abut the Bay of Bengal and the Arabian Sea, respectively, forming two distinct coastal and maritime traditions.

From an Indian perspective, the differing impact of a single transformative year in world history illustrates this contrast. The year, 1979, unleashed in Southwest Asia and in the Arabian Sea littoral forces that the region has not still been able to contain. This was, in fact, a cluster of events — the Soviet invasion of Afghanistan; a takeover of the grand mosque at Mecca by extremists; the Shia revolution in Iran; the execution of Zulfikar Ali Bhutto in Pakistan. The Iran-Iraq war, thereafter, began in 1980 and cumulatively all of these combined to give to the decade of the 1980s a distinctive character. Trends dominating this region today — the spread of radicalism and terrorism, Saudi-Iran rivalry, the breakdown in US-Iran relations, the continued inability of politics in Pakistan to grow democratic roots, the emergence of Iraq as the first Shia state in the Arab world in almost a millennium — can be traced back in one form or the other to the one fateful year — 1979.

Across the Bay of Bengal in Southeast Asia, 1979 was no less transformative. The Vietnamese invasion of Cambodia and the Vietnam-China war that followed meant that Southeast Asia was, once again, internally divided as an active Cold War front. That these events overlapped with Sino-Soviet and Soviet-US rivalries meant that the trigger event behind them — a widespread genocide in Cambodia — was largely pushed aside. Nevertheless, by the mid-1990s, these conflicts in Southeast Asia were largely in the past. Today, they remain as even more remote and distant memories. It is certainly not as if geopolitical rivalry is absent in Southeast Asia, but the point is that its context has changed. This is illustrated by Vietnam itself. The two countries it fought bitter wars with in the 1970s — the US and China — are now its two largest trading partners. So the markedly different legacies of 1979 in the two vital regions that flank us provide contrasting perspectives from our eastern and western coasts.

The North and the South is a familiar polarity in Indian civilization, history and geopolitics. It extends and lends itself to conceptual separations — Aryan versus Dravidian in language, culture and history but also to the continental versus the maritime in Indian geopolitics. This polarity is easy to understand. To the people in the North, the seas and the ocean meant little even when they were familiar with it. Even the greatest Mughal emperor, Akbar, did not have the wherewithal to protect pilgrims from India going on the Haj. Panikkar had expressed this duality in terms of the aspirational nomenclature respective power centres in the North and the South used to describe themselves. Kalidasa described the ideal rulers of the Raghukul as Asamudra Kshitiesanam — those whose territory extended to the shores. In contrast, the Satavahanas employed the title, Tri Samudradhipati : Lords of the Three Seas.

Our emerging maritime consciousness will only be strengthened by engaging with and appreciating the East-West contrast to the fullest extent possible. To explain, the difference can be stated starkly if somewhat simplistically. The Eastern coastal tradition has seen through its history a projection outwards of power, influence and culture. For example, the great historian of South India, K.A. Neelkanth Sastry, had described the Bay of Bengal as “a Chola Lake”. In present-day Myanmar, Thailand, Malaysia, Cambodia, Indonesia and Vietnam, there is a profusion of historical and archaeological evidence that points to this projection of Indian influences and their gradual absorption after subtle transformations in the different kingdoms and civilizations of Southeast Asia.

The western coast has, on the other hand, been a recipient of influences — beginning with the Arabs and the Africans. In the medieval and early modern periods, the eastern coast had the Sidis of Janjira, the kingdom of Malik Ambar, apart from more spread out and diffused settlements of Arab traders, Jews and Parsees. The big difference is in the absence of an outward projection of culture and ideas of the scale and intensity we find across the Bay of Bengal in Southeast Asia. This is not, of course, to underplay the density of contacts between India’s West coast with Iran, the Arabian gulf states or indeed the entire western Indian Ocean littoral all the way to the eastern coast of Africa. The point rather is to underline the vast diversities in our obviously rich and varied maritime history and tradition.

These contrasting coastal experiences through history help frame and contextualize our maritime perspectives as we ‘Act East’ and ‘Act West’ as part of a wider engagement with the Indo-Pacific today. In fact, our perspectives today on the Bay of Bengal and the Arabian Sea offer equally strong contrasts.

The Bay of Bengal and, beyond it, the wider eastern Indian Ocean region merging with the Pacific is a geography packed with geopolitical rivalries as new and rising powers rub against older histories and conflicts. Yet, it is also a regional space intersected by numerous inter-governmental regimes, agreements and platforms. These temper and moderate rivalries, insulate the economic from the political, and create an ecosystem with a positive narrative, notwithstanding all the existing tensions and potential conflicts. This, in fact, is the role of organizations and platforms such as Bimstec, Asean, the East Asia Summit process and so on. This gives to the Bay of Bengal and the wider eastern Indian Ocean stretching to the Pacific a distinctive character.

To our west, there is a contrasting picture with the Arabian Sea littoral and its numerous political conflicts. Iran-Saudi Arabia, conflict in Yemen, India-Pakistan, the continued crisis in Somalia and so on illustrate the point. The contrast, nevertheless, is not so much in the existence of conflict per se. The Rohingya issue in Myanmar, the tensions in the South China Sea and the still- hovering shadows of numerous past conflicts in Southeast Asia obviously stand out. The contrast is the absence in the Arabian Sea littoral of regional platforms and inter-governmental agreements and associations that can moderate these conflicts or at least temper their intensity. The relevance of this for us is self-evident. The countries of the Persian or the Arabian Gulf are vital as a source of employment and as places of peaceful residence for millions of Indians, as a source of hydrocarbons and, increasingly, as a source of capital for much needed investment in India. The Arabian Sea is also, as it has always been, a conduit for ideas to India — benign in the past, radical more recently — and security threats. Again, the absence of an overall cooperative narrative multiplies the risks and threats as far as we are concerned. As we strengthen our external postures by developing new concepts like the Indo-Pacific, a simultaneous disaggregation of this emergent maritime perspective between East and West to take into account our own varied coastal experiences is also indispensable.