India is well on its way to becoming an illiberal dictatorship 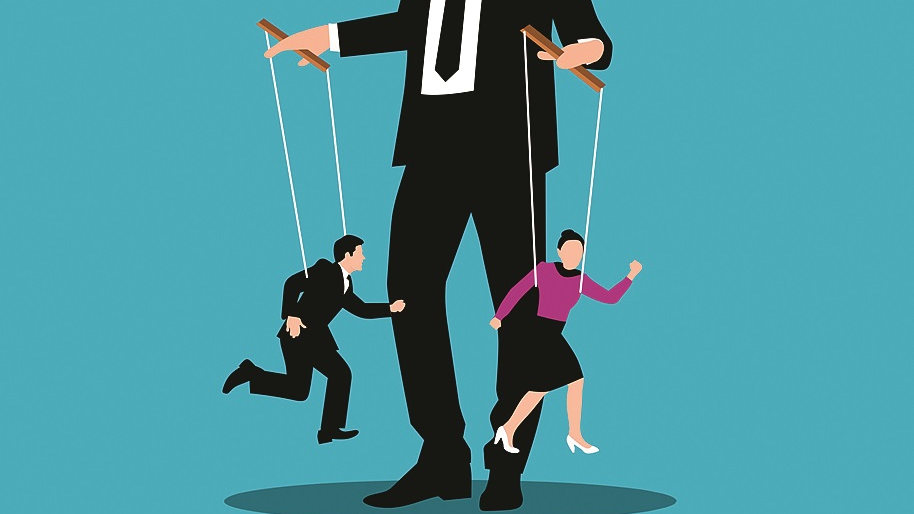 The elections in West Bengal are being considered by many to be a decisive fight to stem the swelling tide of right-wing populism in India embodied in the ideology of the Bharatiya Janata Party. Mamata Banerjee is fighting a hard battle for survival. Not that Banerjee’s Trinamul Congress is a paragon of liberal democracy, but her political position has been stridently opposed to the majoritarianism of the BJP. This majoritarianism is marked by the stifling of dissent and a systematic attack on the independence of the essential institutions of democracy such as the media, the judiciary, law enforcement agencies, the bureaucracy and autonomous universities.

Populism is not new in India. Left and right-wing varieties have raised their heads from time to time. For instance, Indian politics during Indira Gandhi’s time had been discernibly left-wing populist in nature, characterized by a suspicion of big business and foreign investments. Vote-bank considerations allowed the formation of coalitions of the disadvantaged and marginalized people who were promised certain economic resources from the State. There were concerns about economic inequality and environmental degradation. Religion was left alone by the State to form an important component of the nation’s cultural plurality and diversity. Nationalism was tempered with an acceptance of cultural openness and plurality.

The elite, in this brand of left-wing populism, comprised a wide-ranging set of opinion-makers. They were intellectuals of different hues, but most of them with left-of-centre leanings. During the earlier Nehruvian era, the State relied on the intellectual elite to construct the economic template for facilitating nation-building. With Indira Gandhi, there was a shift from the Nehruvian consensus to a more left-wing populism that culminated in the disastrous Emergency that severely threatened and strained the fabric of democracy and freedom. The first three decades after Independence, despite the left-of-centre policies pursued by the State, did not achieve expected results in economic growth and poverty reduction.

Much later, with the advent of neo-liberal globalization, there was an opening up of the economy to world markets and capital. The decade of the 1990s did not change the deep structural problems. While poverty and unemployment remained, economic inequality grew to massive proportions. New economic opportunities were scarce and limited to the narrow middle class. Liberal democracy, despite witnessing electoral changes in government, remained weak. The quality of people in politics deteriorated. There was a gradual erosion of independent institutions, accompanied by a rise in corruption and weak governance.

The decade of the 1990s, however, saw the growing strength of India’s business class who, by that time, had become more confident and realized the benefits of cooperating with international capital. International capital, on the other hand, saw the potential of opening up a large new market in the subcontinent. The State, in the new global order, found its control over national policies like tax rates, capital flows, money supply and public investments becoming weaker and uncertain in terms of their impact. This crisis of sovereignty, the emergence of a more powerful business class with strong ties to global capital and the continuation of economic uncertainties and deprivations paved the way for a serious challenge to the older elite. A realization also dawned on the poor and middle classes that left-wing populism was unable to deliver on the promises made. The concept of liberal democracy gradually began to be contested and an alternative political narrative inevitably emerged.

Global capitalism needs room to grow through new markets, strategic investments, expansion of debt and productivity-enhancing new technologies. There are limits to penetrating international markets and raising debt. New technologies have become the mainstay of expansion. However, the expectation is that with the advent of new technologies like artificial intelligence and robotics, employment opportunities will shrink phenomenally. The project of a worldwide consolidation of capitalism has been stalled and confronted with hurdles which no international institution can solve, simply because there is no global government. The crisis of incomplete globalization has thrown up winners and losers in large numbers, with a pervasive anxiety about economic stability in the near future. India has to confront its own set of problems. However, in this context, imperfect liberal democracy as well as left-wing populism began to be perceived by many as useless and impotent.

The alternative narrative to replace liberal democracy centred on national culture and not the national economy. It was spun around a homogenous cultural identity, debunking diversity as a hurdle to development. Simple solutions were attractively packaged for all, characterizing a golden age from a perfect past. This narrative required two features to sustain it and gather momentum. First, the leader had to appear as strong and decisive, one who knew what the solutions were and could articulate them with clarity. Second, the leader had to be able to identify a clear and unambiguous set of enemies of the nation. They were the immigrants from the past, a religious minority, socially deprived categories like Dalits and adivasis. The public gaze, from the poorest up to the white-collar workers, had to be distracted from dwelling on complex economic issues.

Liberal democracy, even in its weakest and most distorted form, exhibits varying amounts of certain essential traits. While democracy implies some process of collective self-determination, liberalism requires the guarantee of individual liberties and rights. Any guarantee of these freedoms requires, in turn, a bill of rights or a Constitution, but more so, a set of well-functioning, independent institutions that protect these freedoms from powerful political intrusions. Right-wing populism warrants that elections remain in place while chipping away at the independence of the essential liberal institutions of democracy. Hence, liberal democracy soon becomes an illiberal democracy, but elections continue to be part of the political process. Then, at a later stage, the electoral process is assaulted through misinformation, lies and the brute force of the State to demean it. Gradually, the illiberal democracy transforms into an illiberal dictatorship.

India is currently going through this process of change. A good indicator of this is not only how institutions of the judiciary, enforcement agencies, elections, the media and academia have all been weakened and compromised, but also the fact that on almost every index of social well-being, economic performance, political freedoms and environmental safety, India’s rank in the world community has slid considerably in the recent past. Little wonder that the nation has been described as only “partly free” or, according to another study, an “elected autocracy”. A democratically elected government has promised to work to make India free of political opposition. It is in this process that the acquiring of elected representatives of the people, both before and after elections, is now the accepted norm, and individual freedoms are assaulted on a daily basis — what we wear and eat, who we might marry, where we might live and, above all, who we have to fear and obey. The BJP government’s economic policies are also markedly right-wing as revealed by its closeness to big business and its disdain for the well-being of farmers, workers and minorities, evident in new laws recently enacted without any debate in Parliament. The results of the elections in Bengal will reveal whether we accelerate on this road to a one-party State, or we slow down a bit on this journey towards an Opposition-free democracy where dissent is dangerous, and even humour can land one in prison.