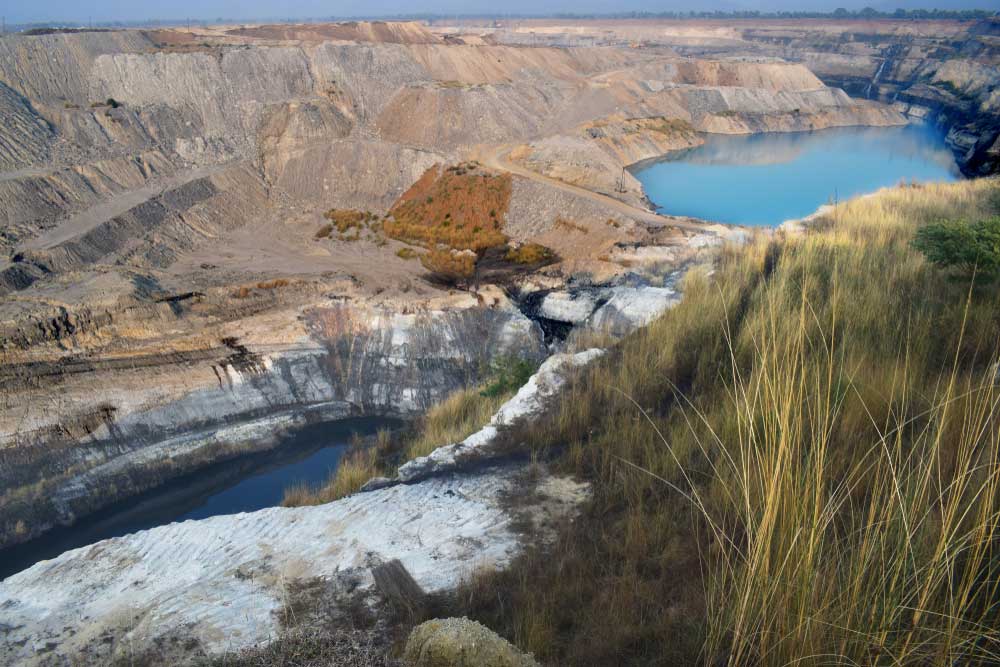 A coal mine in Godda, Jharkhand. Instead of viewing natural resources as an organic, even necessary, part of the development agenda, the Indian State continues to perceive them just as a source of revenue
(Shutterstock)
The Editorial Board   |     |   Published 15.03.20, 06:39 PM

It is misleading to cast environmental safeguards and economic development as conflicting concerns. A recent report by McKinsey Global Institute shows that environmental degradation is in fact directly proportional to economic slowdown. Extreme heat will significantly lower the outdoor working capacity of India’s labour force — 75 per cent of which is exposed to heat-related activities — in the next three decades. By 2030, the average loss in daylight working hours could put between 2.5 and 4.5 per cent of India’s gross domestic product at risk annually. It is true that for a heavily-populated, resource-constrained country like India, balancing its economic growth and environmental commitments is not easy. But the idea that securing the environment is secondary to meeting basic needs such as food and housing is flawed. Changes wrought by global warming have a disproportionate effect on the poor, both in terms health and livelihood. Take, for instance, farmers who work long hours in the fields. Not only will a rise in temperatures pose a serious health risk — more than a dozen farmers died of heatstroke in 2019 — but it will also cause drought-like situations that affect crops.

The real hurdle before harmonizing the ecological and the economic spheres lies in a faulty vision. Instead of viewing natural resources as an organic, even necessary, part of the development agenda, the Indian State continues to perceive them just as a source of revenue. Unfortunately, this revenue is diminishing much faster than it can be regenerated. Unless swift action is taken to protect ecological resources by changing production and consumption patterns — shifting crops to areas where they grow best can reduce water demands and improve yields — the economic future, too, is doomed.

The revenue from forests is diminished, but not the desire for plunder