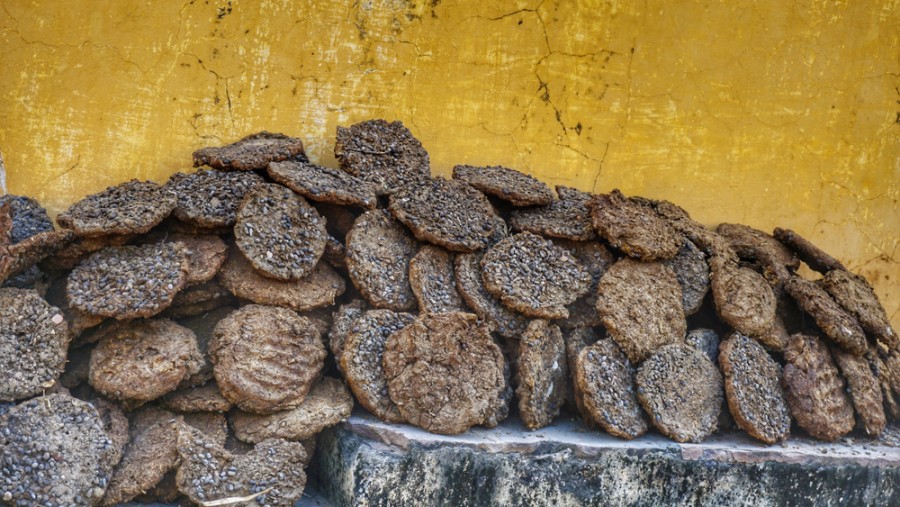 Four hundred scientists have endorsed a letter to the chairperson of the Rashtriya Kamdhenu Aayog asking how it has been ‘scientifically proven’ that keeping cow dung cakes at home reduces radiation.
Shutterstock
The Editorial Board   |     |   Published 18.10.20, 12:42 AM

India is well on the way to redefining the word, ‘science’: high-flown statements of belief without proof. Unable to keep up with this advance, 400 scientists — no doubt behind the times — have endorsed a letter to the chairperson of the Rashtriya Kamdhenu Aayog asking how it has been ‘scientifically proven’ that keeping cow dung cakes at home reduces radiation. The Aayog was formed in 2019 to protect and promote indigenous cattle, and the chairperson has now claimed that a chip made from cow dung will guard people against radiation from cell phones. Being old-fashioned, the letter implies that science is based on evidence, not claims, so the scientists are asking for the relevant data supporting the chairperson’s pronouncement. But evidence is not the forte of the Bharatiya Janata Party-led dispensation. What its adherents declare should be accepted as the incontrovertible truth: anything that glorifies the majority community and the land it believes to be its own has a kind of supranatural truth that transcends the need for mundane evidence. The judge in the Rajasthan High Court who had said that the cow should be India’s national animal had also mentioned that peacocks are celibate; peahens become pregnant by swallowing the peacock’s tears.

Old-fashioned scientists, however, resist swallowing anything. This is not the first time since 2014, when the Narendra Modi-led government came to power, that they are objecting to the parading of myth and fantasy as science. The most recent letter says that without evidence, the chairperson is propagating superstition and pseudoscience. Not only does that violate the Constitution’s direction to promote a scientific temper, but it also indicates a waste of public money when scientific research in India is suffering from scant resources. But the innocent cow is, for the Hindutva-minded, a vehicle of unfathomable virtues that data-minded scientists cannot plumb. It carries gold, whether in its milk, as the BJP chief of West Bengal claims, or in its urine, as claimed by researchers in Junagadh Agricultural University, is not yet clear. Pragya Singh Thakur said that a mixture of cow’s milk, urine and dung cured her breast cancer — till her surgeon, notable wet blanket, said she had had three surgeries for it.

Scientists had sharply criticized the waste of public money and the propagation of unscientific traditional beliefs when the government called for proposals for research on ‘cowpathy’ under a funding programme to study cow effluents to produce medicines — for cancer or diabetes, for instance — and pesticides, shampoos, hair oil and floor-cleaners. But it is impossible for mere scientists, however many times they may object, to rain on the parade of those who declare that Gandhari’s offspring were born of stem-cell research, that Ganesha’s head proved that ancient Indians knew plastic surgery, or that the sage, Bharadwaj, directed the construction of aircraft. Glory be. Superstition, false history and the anti-scientific temper are obviously inextricable from the BJP’s brand of nationalism.