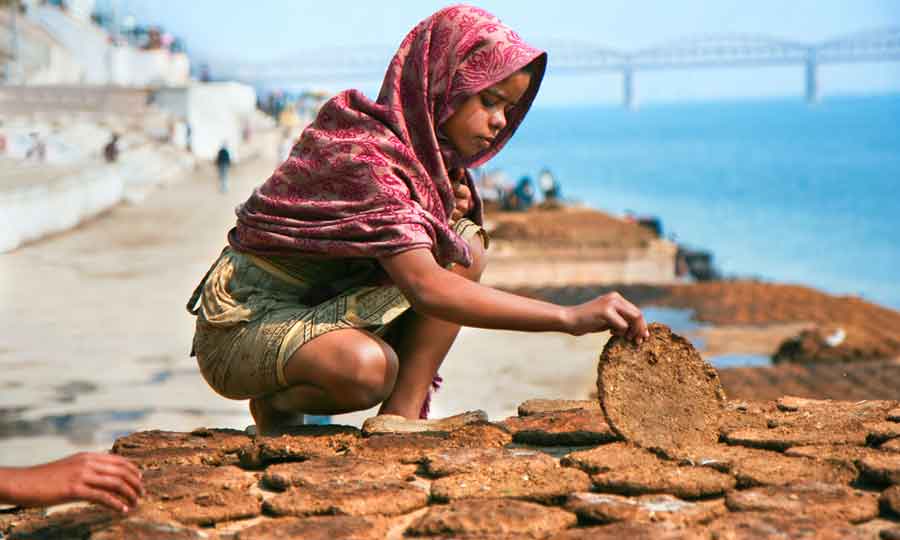 The RKA had announced a nationwide campaign to promote candles, incense sticks, lamps and wallclocks, among other products made from cow dung
Shutterstock
G.S. Mudur   |   New Delhi   |   Published 15.10.20, 02:19 AM

Sections of Indian scientists have questioned claims by a Union government agency tasked with the conservation and protection of cows that dung can shield people from radiation.

The scientists have said if the Rashtriya Kamdhenu Aayog is unable to support its claims through scientific data, the assertion should be tantamount to propagating superstition and pseudoscience and against Article 51A(h) of the Constitution.

The RKA, an agency established last year under the Union ministry for fisheries, animal husbandry and dairy, had on Monday announced a nationwide campaign to promote candles, incense sticks, lamps and wallclocks, among other products made from cow dung.

At a media conference, RKA chairman Vallabhbhai Kathiria had also claimed cow dung could shield people from radiation. “Cow dung can protect everybody. It is anti-radiation. It prevents radiation. If it comes home, the entire home will be eco-friendly, free of radiation. This has been proven through science,” Kathiria said.

He also held up a device that he claimed could be used to reduce radiation from mobile phones.

More than 100 scientists from multiple academic institutions have signed on a public statement that calls on the RKA to share detailed information about the scientific experiments that Kathiria had claimed established the anti-radiation traits of cow dung.

“Can the data and experimental details be provided? What experimental controls were used? Which instrument was used to measure radiation? Which type of radiation was measured? How many instruments of each type of phone and how many such phone types were used in the experiment?” they have asked.

The scientists have requested Kathiria to make these details public. “If, in case you do not have valid data to support your claims, then your press conference is equivalent to propagating superstition and pseudoscience, which goes against Article 51A(h) of the Constitution,” they said.

They have pointed out that Article 51A(h) says “it shall be the duty of every citizen of India to develop scientific temper, humanism and the spirit of inquiry and reform”.

Some signatories said they were not surprised by the claims and pointed to efforts by even the government’s science department to support research on cow-based science.

Last year, scientists had questioned a plan by the Union science and technology ministry to fund research studies to identify ingredients in cow dung, urine and milk for use in medicines, toothpastes and shampoos.

The ministry’s proposal had cited several ayurvedic texts and claimed that products from cows were prescribed for health disorders ranging from asthma and arthritis to cancer and high blood pressure.

The scientists had described the proposal as “flawed” as it had presumed the efficacy of various cow products.

Three years ago, the science and technology ministry had set up an expert panel to initiate an effort to validate research on panchgavya — a five-ingredient mixture of cow dung, urine, milk, ghee and curd.

Ministry offers to fund research projects to find ingredients in dung, milk and urine of cows