Love jihad was shown to be non-existent by govt agencies and the police; yet BJP-ruled govts continue to formulate laws against ‘illegal conversion’ through marriage 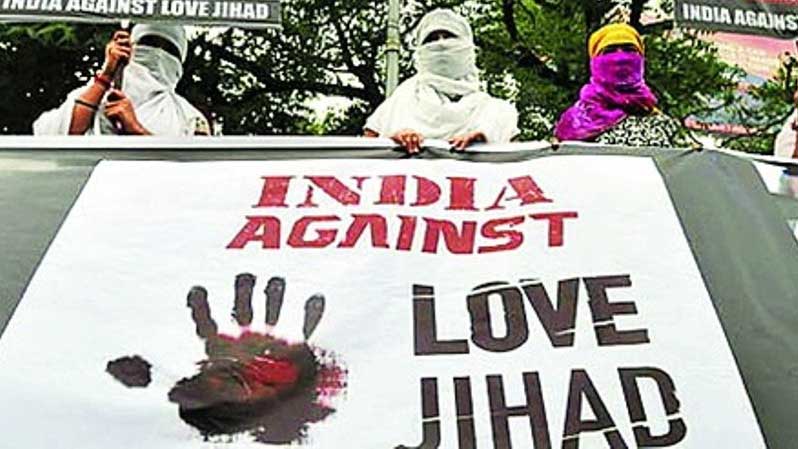 The intent of a law must be clear in its phrasing. So, when the advocate general, Kamal Trivedi, told the division bench of the Gujarat High Court that the Gujarat Freedom of Religion (Amendment) Act, 2021 did not prohibit interfaith marriage per se, the court reportedly said that its language did not make that clear. Rather, the law was like a sword hanging over interfaith couples. Therefore, in response to two petitions against it, the Gujarat High Court put an interim stay on several crucial provisions. The popular perception of the law was closer to its intent: it is against ‘love jihad’, a phenomenon invented by the Bharatiya Janata Party to punish unions between women from the majority religion and men from the largest minority religion. The premise is that such marriages are conducted for religious conversion; the men use force, allurement or deception — fraudulent means — to get the women to marry them. Love jihad was shown to be non-existent by government agencies and the police. Yet BJP-ruled governments continue to formulate laws against ‘illegal conversion’ through marriage.

Gujarat gave the law a veneer of constitutionality by referring to the freedom of religion in its name, while destroying freedom through the amendments. The high court reportedly ruled that an interfaith marriage cannot be termed a marriage for unlawful conversion if force, fraud or allurement is not employed. The relevant provisions have been stayed, together with the provision that places the onus of proof on the accused. So have the provisions that make permission of the district magistrate mandatory for conversion and for prosecution, as has been the one that says that a family court would declare a marriage between members of two faiths void in case of unlawful conversion. The ambiguity about who decides on the ‘unlawfulness’ is deliberate and dangerous. Not only can anyone — from the immediate family to remote relatives — complain about unlawful conversion, but anyone found to have abetted it is also to be punished together with the groom. The amended law, therefore, could target a community while destroying women’s agency and a couple’s right to privacy. The Gujarat High Court’s interim order is thus more than welcome. It can protect interfaith couples from ‘unnecessary harassment’ while asserting constitutional rights and the principles of coexistence in a diverse society.