For Indian start-ups, it's #ApnaTimeAagaya 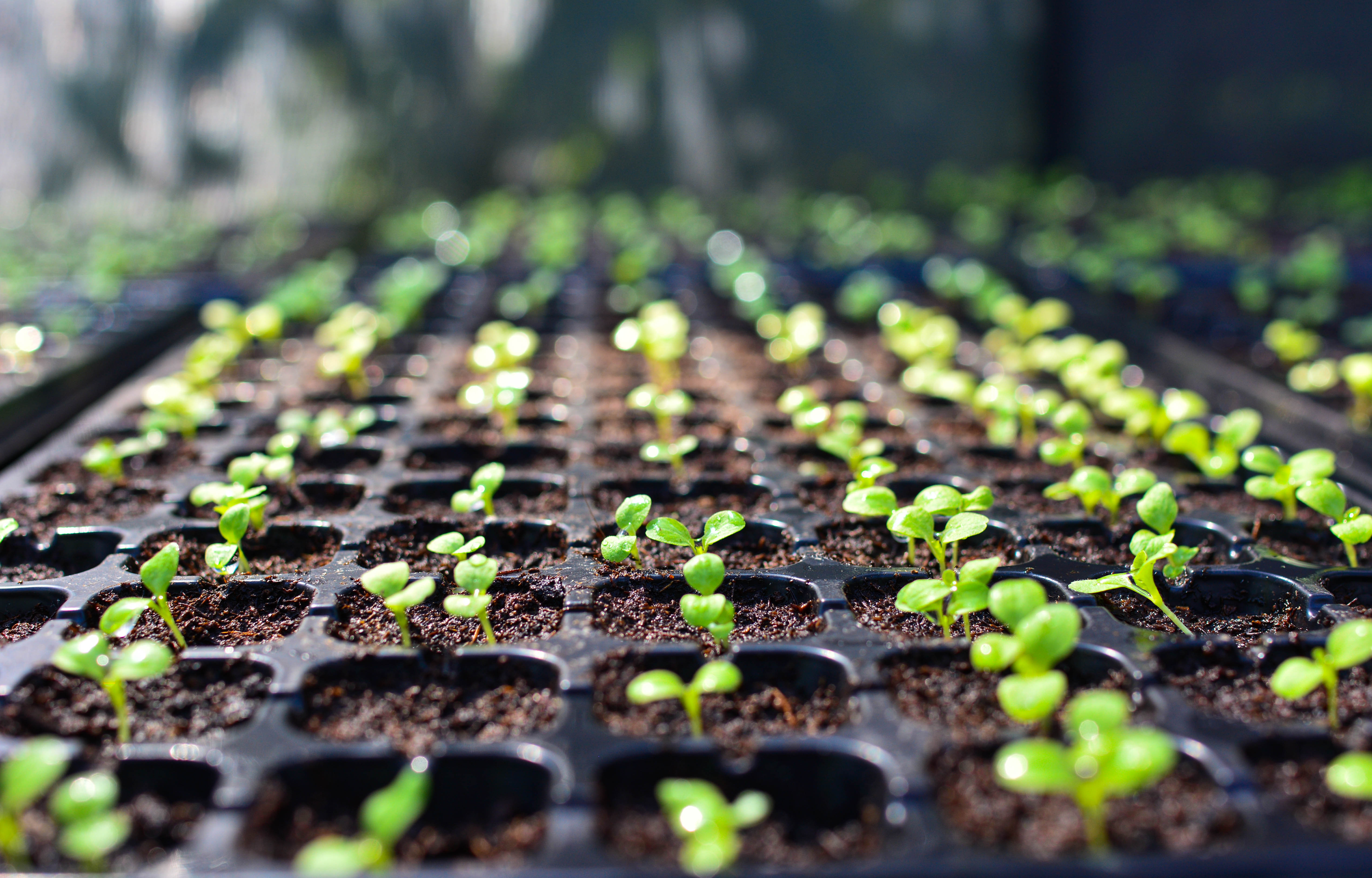 After decades of being ignored and written-off, India is finally on every global investor’s radar as the fastest-growing large economy that will drive the world’s growth going forward. India will become the fifth-largest economy in terms of nominal GDP at +$2.8 trillion and will overtake France and the UK in 2019. It is expected to continue growing at 7.5-8.2 per cent annually and trend towards becoming a $10-trillion economy by 2030.

This trajectory is no longer under debate – since liberalisation in 1991, India has grown at a compound annual growth rate of 8.7 per cent in dollar terms from a nominal GDP of $275 billion in 1991 to $2.6 trillion in 2018. This represents nearly ten-times growth in 27 years – no other country except China has lifted such a large population so far up over one generation. This growth is also of higher quality – consumption contributes 70 per cent of GDP. So this is bottom-up growth that is far more sustainable than the top-down investment-driven model pursued by China.

The convergence driving the next set of opportunities in India
Image: 3one4 Capital

Pranav Pai is the Founding Partner and Chief Investment Officer at 3one4 Capital, an early-stage venture capital fund based in Bangalore. He holds a Master's in Electrical Engineering from Stanford University.

India is now host to the third-largest start-up ecosystem on the planet. There have been more than 49,000 start-ups launched in the country that have raised a combined total of more than $51 billion from 2008 to 2018. Around $38.5 billion of this capital went into start-ups between 2014 and 2018 – a remarkable acceleration of capital deployment that has gone largely unnoticed by most of Indian industry.

From e-commerce and fintech to logistics and consumer services, these start-ups have already created value of over $130 billion. India is now home to 26 “unicorns” - $1+ billion valued startups – that are cumulatively worth more than $73 billion and have raised $24 billion up to now. This trend shows no signs of slowing down: there are 31 “Soonicorns” – companies on the path to becoming unicorns by 2020 that have raised $4+ billion already and many more are advancing forward to join the ranks.

The time to question Indian start-ups is over – they have arrived and they are here to stay, grow, and take over. Indian start-ups raised over $11 billion, excluding Walmart’s acquisition of Flipkart at a $16 billion valuation, in 2018. In 2017, we saw $13.7 billion enter start-ups against $6.7 billion in 2016 – a two-time increase in capital deployed.

This reflects global realities in venture capital - $254 billion was invested in venture capital-backed companies globally in 2018 – a record high. The US and China dominate this rush of capital towards the tech giants of tomorrow, and India is now in the top five in rankings.

There is already talk of a second Softbank Vision Fund, with the first having already committed $65 billion out of the $100-billion fund. While talk of a slowdown has been around since 2012 and caution is always on everyone’s minds, VC funding has risen for six straight years globally. This leads one to believe that venture capital has reached a new normal – this is uncharted territory. All things considered, investors have clearly demonstrated that they will pay handsomely to ensure they have a piece of the tech-enabled future.

Over this time-period, India has emerged as the clear battleground for the future of the Internet and the promise of the “Next Billion” – a catch-all term encapsulating the many digital-first opportunities that will become a reality when the next wave of internet users come online for the first time. No other country offers an open market of one-billion people that are online or will soon come online and are ready to experience everything the Internet has to offer.

Four major macro vectors have converged in India over the last five years to offer this undeniably large opportunity for the world’s top corporations and financial investors to invest in Indian startups and capture the excitement in the country.

Indian industry is not considered a large procurer of cutting-edge technology. However, Indian IT companies now dominate the category globally. Between TCS, Infosys, Wipro, Cognizant, and HCL, five out of the top 10 and three out of the top five global IT companies by market capitalisation are Indian. Over 60 per cent of globally outsourced IT comes to India. These Indian IT giants capture close to 30 per cent of the total IT exports in terms of annual spending globally.

What is fantastic to observe is that these companies have reached such scale without the support of a large local enterprise market in their base country. Even today, less than 10 per cent of their annual revenues are from their Indian clients. Their innovations that are designed to deliver the best services to clients globally have helped them scale across borders and create value for millions of employees and hundreds of thousands of shareholders. The opportunity in India’s enterprise tech ecosystem is not just to sell technology within India, but to join forces with these IT behemoths and build upon their channel strengths to capture the global IT market using pathbreaking partnership strategies.

On their path towards global dominance, these IT companies have also trained one of the largest tech talent bases on the planet. With over 4.5 million people working in IT in India, this is the second-largest IT talent pool globally. There are 6.5-million people working in tech in the US of whom a significant number are of Indian origin. India’s contribution to the world’s progress in technology has not gone unnoticed. When these highly trained and globally competent people start or join new companies and start-ups, it is easy to imagine the advantage they have and the momentum they can launch with.

It is of no surprise that there are close to 40,000 start-ups in India today with over 5,000 new start-ups launching every year. Bengaluru itself has over 1.5 million people working in technology – that’s almost 15 per cent of our city’s population. It also is of no surprise that this intense concentration of specialised talent has made India the third-largest start-up ecosystem.

4. A gigantic consumer install base

Most importantly, we can finally reach most of our fellow citizens online now. Never before have so many of us been together on one common platform before – India now has close to 500 million internet users and is projected to have close to a billion people online by 2021. With smartphone costs dropping, Indians now buy more than 135 million smartphones every year. The biggest disruption to the Indian internet has been Reliance Jio – in under two years, Jio has led cellular data rates to fall by 95 per cent to the lowest on the planet (under $0.3 per GB). As a result, Indians now consume the highest amount of cellular data – an estimated 11 GB per user per month.

We also finally have a unique identity assigned to every citizen with the Aadhaar program – never before has such a massive identity initiative reached over a billion people in such short a time span. This has led to over 800 million bank accounts opened for our citizens, unleashing the formal banking and credit system for hundreds of millions of people who were unbanked until now. Finally, we are united by technology.

The convergence of these massive forces over such a short time span has opened up new opportunities at unimaginable rates. Indians are now earning, saving, spending, learning, entertaining, sharing and communicating in ways they never could before.

The world has recognised this opportunity. From the world’s largest retailers battling it out for India’s e-commerce market all the way to Chinese social entertainment apps and their all-consuming desire for our attention spans, more capital continues to compete for an ever-increasing slice of our citizens’ digital lives. Indian entrepreneurs are now enjoying the benefits of the ‘India Thesis’ on every global investor’s allocation. Indian capital is late to the game but must now focus on capturing the new opportunities on the path towards India’s destiny as the third-largest economy behind the US and China. Even if it doesn’t, one thing is for sure – there has never been a better time to be Indian.

For Indian start-ups, it is #ApnaTimeAagaya.