Fence sitter: Editorial on India’s position of ambivalence on the Ukraine conflict

By not criticising Russia for its brazen takeover of Ukrainian territory, New Delhi has weakened its own stance over parts of its territory currently under Pakistani or Chinese occupation 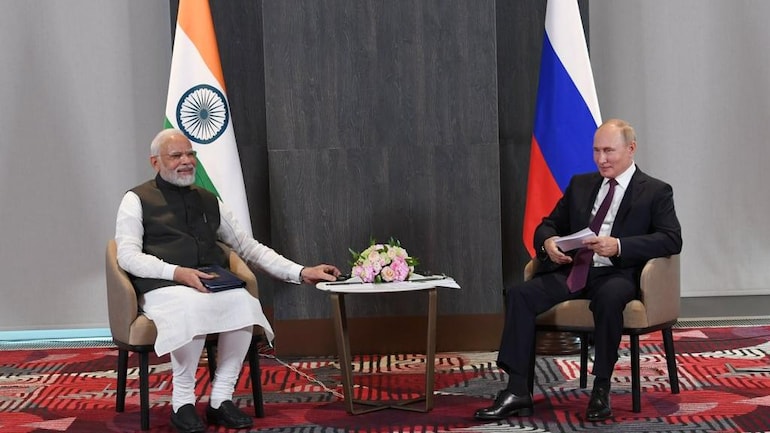 Two weeks is a long time in diplomacy. Last Saturday, India abstained from a vote in the United Nations Security Council criticising Russia’s annexation of parts of four Ukrainian provinces after what are widely viewed as sham referenda held under military occupation. India’s refusal to condemn Russia’s land grab came 15 days after Prime Minister Narendra Modi declared to the Russian president, Vladimir Putin, that this is not an era of war, in the most blunt message of disapproval New Delhi has sent to Moscow since the start of the war in Ukraine. The vote — or rather New Delhi’s unwillingness to take a stand on the annexations — suggests that for all of the bluster of Mr Modi’s comments to Mr Putin, India’s position of ambivalence on the Ukraine conflict remains intact. India has repeatedly abstained from UN votes critical of Russia, even when its top diplomats in New York have made clear that New Delhi is unhappy about the war. The Narendra Modi government and, especially, its chief global face, the external affairs minister, S. Jaishankar, have framed India’s  resistance to picking sides not as a legacy of the country’s non-aligned tendencies but as an exercise in realpolitik, keeping national interest front and centre.

To an extent, that position makes sense. India, indeed, needs to maintain strong working relations with both Russia and the West; its biggest security threat is China. While the war in Ukraine hurts India in a myriad ways, it depends on Russia for much of its military infrastructure. During the war, India has also gained from Russia’s cheap oil to avoid already high inflation rates from soaring still further. Yet, within that big picture narrative, India must remember that throughout its independent history, it has also taken international positions based on how they might impinge on its own challenges. For instance, India has been reticent to criticise others on human rights violations because it does not like the international community pointing fingers at its actions in Kashmir. By not criticising Russia for its brazen takeover of Ukrainian territory, India has weakened its own stance over parts of its territory currently under Pakistani or Chinese occupation. It is entirely possible to vote against such international crimes while communicating to Russia privately that India’s position ought to be seen in a specific context. The Indian foreign service is capable of such deft diplomacy. By sitting on the fence, India has hurt its national interests.