Covid-19, or how the West was undone by its assertion of civilizational difference bordering on provincial narcissism 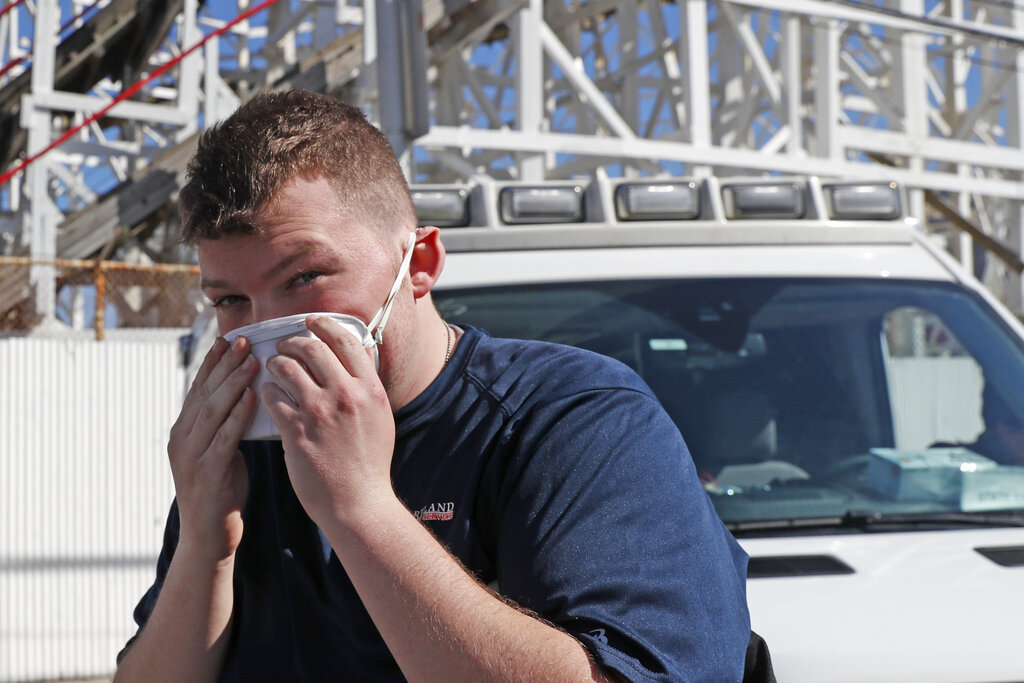 A minor but interesting by-product of the Covid-19 epidemic has been the reaction of Western politicians and commentators to the response of East Asian nations to the virus. In January, there was sharp criticism of the cover-up organized by the Chinese State after whistleblowers flagged early signs of the spreading virus. After Wuhan was locked down towards the end of January, news stories focused on the speed with which the Chinese State apparatus built systems and infrastructure to cope with the epidemic once it had acknowledged its existence and gravity. These stories were coloured by the assumption that the speed and the totality of the lockdown were characteristic of an authoritarian State that could regulate civil society in ways that were alien to democratic Western nations.

As the virus spread to China’s democratic East Asian neighbours —Singapore, Taiwan and South Korea — there was praise for the alertness and alacrity with which State and civil society in these nations responded to the challenge of the pandemic. South Korea’s success in overcoming the damage done by a ‘super-spreader’ connected to a cultish church came in for special mention as did the heroic scale of Korean testing and tracing. Seoul’s response to the pandemic was acknowledged as significant because it was directed by an elected government in a democratic country. Also, unlike city states like Singapore or Hong Kong, South Korea is a medium-sized nation with a population of 50 million, comparable to the populations of substantial European countries like Spain (46 million), France (67 million) and Italy (60 million). As a densely populated democracy, South Korea offered both lessons and precedents for what was possible in the war against the virus, particularly since Seoul had managed to control and slow the spread of the infection without a mass lockdown.

Even the strategies used by East Asian democracies were seen in some Western commentary as a bad fit for Western societies. South Korea’s use of mobile phone tracking apps to trace movement and notify people who may have been in contact with infected people was cited as a breach of privacy that citizens of the West might find intolerable. Taiwan’s use of big data and its strict penalties for noncompliance were described as too heavy-handed for a country such as the United States of America.

By the time the virus established itself in European countries after a month’s lag, East Asian nations had succeeded in temporarily subduing the epidemic. They had done it in two ways: either, like Taiwan, Singapore and South Korea, by pre-empting community spread by tracing, testing and quarantining carriers and people they had met, or, like China, having allowed community spread in that first phase of propagandist denial, by locking down affected communities (whole cities), and then testing for infection and institutionally isolating infected people. Remarkably, Western nations, first in Europe and then in America, chose neither approach.

It’s hard to explain the inertness of European countries in monitoring international passengers given the East Asian precedent. Practices like taking the temperature of travellers at airports, physical distancing, self-isolation, wearing masks, all of these were initially treated as oriental rituals unsuited to the robust sociability of Western societies. Italian politicians like Matteo Salvini and Giorgia Meloni urged their compatriots to go on holiday, to step out for their aperitivos. Beppe Sala, the mayor of Milan, the epicentre of the Italian epidemic, tweeted a photo of people hugging, eating out, sitting in cinemas with a caption that hasn’t aged well: “Milan carries on!”

Despite the horrors visited on Italy as a result of this insouciance, it was replicated in country after country in Europe and the nations that make up that metaphorical category, the Western world. Boris Johnson did a press conference on March 3 where he bragged that he had made it a point to shake hands with all the patients in a hospital, including those infected with the coronavirus. Donald Trump described the Covid-19 epidemic as a politicized hoax, no scarier than seasonal flu. This was on February 28, nearly five weeks after the Wuhan lockdown. Jair Bolsonaro has made trivializing the pandemic a kind of performance art. He began to seem like a deranged maverick as the pandemic advanced, but the instinctive first response of Salvini, Sala, Johnson and Trump was identical to Bolsonaro’s and came from the same place. Their mottos — soldiering on, business as usual, taking it on the chin, great cities never stop — weren’t policy positions. They were, in their rudimentary way, a civilizational response: the West’s refusal to be stampeded into statist, collectivist hysteria by a bug.

There was a policy position on the pandemic that was consistent with this visceral response. A Western democracy keen to demonstrate its laissez-faire credentials, its commitment to civil liberties and everyday freedoms, could have done what Sweden is currently doing: segregate the old and vulnerable to the extent possible, minimize economic disruption, keep schools open and expose the bulk of its population to the virus to cultivate ‘herd immunity’. This is the position that Johnson’s government and its epidemiologists initially proposed and, in his blustering, incoherent way, this is what Trump would have liked to do. But neither Johnson nor Trump had the courage of their convictions, mainly because they didn’t have convictions. They were performing policy with both eyes on the public mood. Unlike Taiwan or South Korea, Britain and the US didn’t make a policy choice: they were, in fact, stampeded into lockdowns by a bug.

And the reason so many Western nations didn’t make a considered policy choice had nothing to do with the difference in response times built into democracies and dictatorships. South Korea is a democracy, as is Taiwan. The reason was cultural. An unexamined Western exceptionalism prevented these countries from learning the lessons that East Asian nations had learnt from the SARS virus, from building the systems that drove testing, tracing and quarantining in China, Korea, Singapore, Hong Kong and Taiwan during the Covid-19 pandemic. The reason the United Kingdom in particular and Europe in general were so unprepared for mass testing was that public health systems braced for an influenza epidemic (which doesn’t require mass testing) but were ambushed by a coronavirus pandemic that does.

Even if we discount the fact that East Asian countries were better prepared because they had experienced the existential threat of the SARS epidemic and Europe had not, we would still need to explain why Western countries ignored the Covid-19 experience of East Asian nations as it unfolded before them. Why did they waste the month and more that East Asia’s more or less successful battle against the virus bought them? One answer is that they thought they would deal with the epidemic in the matter-of-fact way that Sweden has adopted, but lost their nerve when push came to shove. The other answer is insularity: accustomed to scientific and policy leadership, these cultures didn’t have the humility to learn from East Asia’s example.

The perfect example of this was the ‘expert’ advice dispensed by the WHO and public health specialists on wearing masks. As I write this, the Centers for Disease Control and Prevention has advised all Americans to wear masks or face coverings. This turnaround comes after months of misleading messaging that suggested that masks were a useless indulgence, that no one but health workers on the front line needed them. It now turns out that this advice was built around managing scarcity: there was a shortage of surgical masks so to keep them available for medical professionals, the general public was misled into thinking that masks didn’t matter. This despite the fact that in East Asian countries affected by viral epidemics, mask-wearing in public is virtually universal. It is as if best practice in policy and civil society behaviour was discounted because it didn’t originate in the West, as if city streets filled with masked citizens represented an assimilation of the individual into the herd. What began as an assertion of civilizational difference turned out to be no more than provincial narcissism.

As death tolls mount in Western nations, as US infections outnumber all of East Asia’s, as Spain’s death toll dwarfs South Korea’s (11,000 to less than 200) despite roughly equivalent populations, the difference between East Asia and the West in State capacity when it comes to managing epidemic diseases becomes starkly obvious. There is a First World defined by pandemic readiness; its capital is Seoul.