India might want to preach vasudhaiva kutumbakam to the world. But are we practising it at home? 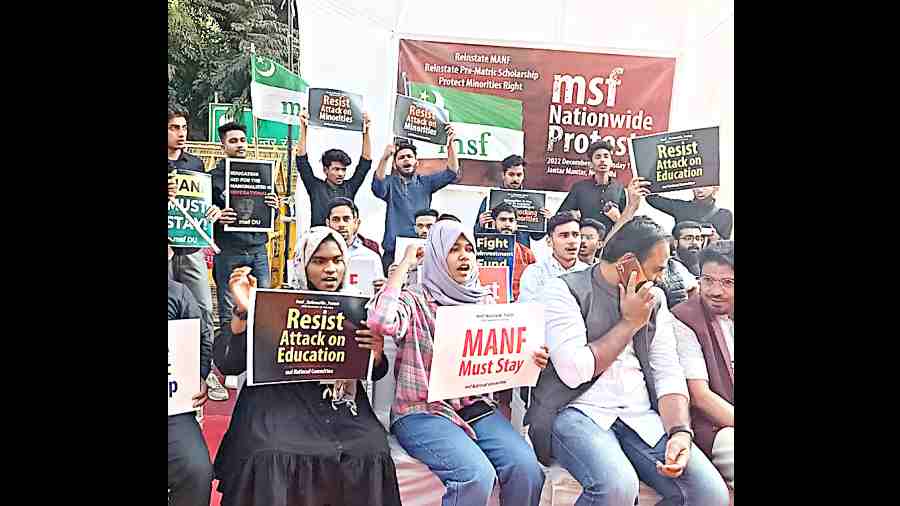 A dedicated ministry for the development of minorities seems to be hell-bent on taking away enabling measures for the disadvantaged and the needy.
Sourced by The Telegraph
Syed Mudawar Shams   |   Published 23.01.23, 04:11 AM

India has taken the rotating presidency of the G20 and is about to teach the world to live like a family through the philosophy of vasudhaiva kutumbakam. Yet, minorities in India are being subjected to stepmotherly treatment from the ruling regime in a number of ways.

The latest example is the drying up of scholarships for poor students from minority communities. The Centre has revised the clauses of two scholarships for minorities — the Pre-Matric Scholarship for children studying in classes I to VIII and the Maulana Azad National Fellowship for M.Phil and PhD students — amidst rumours that the government intends to dissolve the minority affairs ministry and merge its programmes with those of the ministry of social justice and empowerment.

Let’s discuss the rationale behind the discontinuations.

In the case of the PreMatric Scholarship that was stopped for classes I to VIII, money ranging from Rs 100 to Rs 600 per month and Rs 500 per year for different fees being paid was felt to be too much for the government to bear. According to Smriti Irani, who announced the discontinuation of the MANF, the fellowship overlapped with other grants. But the scholarships that Irani mentioned are given up to the Masters level and are nowhere close to the amount given to a MANF fellow. MANF is given to those students from minority groups who qualify for the UGC NET exam but miss out on the Junior Research Fellowship by the barest of margins — five marks at most. The amount of the fellowship is equal to that of the JRF, which is given to around 9,500 candidates each time a NET exam is held. This fellowship amounts to Rs 31,000 per month with a house rent allowance as well as a monthly contingency grant for the first two years that gets raised from the third year. The fellowship is given for five years and is identical to fiveyear employment for researchers who work towards knowledge creation. The Merit-cum Means-based Scholarship, which is being deemed as a substitute, pays Rs 20,000 annually to each student.

The average age of a PhD scholar is above 25 years. Students who do not opt for higher education earn sums equal to or more than the MANF in their careers around this age. Fellowships for higher education are few in India. This move is thus going to seriously dent the quality of research in the future. The cut in grants is not only a disservice to research but to the tenets of justice as well. Is the government aiming to punish Muslims and other minorities for their identity?

The attempts to undermine schemes for minority welfare show how well the minority affairs ministry is working and which way it is headed. A dedicated ministry for the development of minorities seems to be hell-bent on taking away enabling measures for the disadvantaged and the needy.

India might want to preach vasudhaiva kutumbakam to the world. But are we practising it at home?